Mishal Raheja of 'Kumkum Bhagya' fame is attracted by a mysterious girl and on his birthday he wishes to spend an entire day with him. Scroll down as the actor talks about his love! The world of instant clicks and pics has ruined the fun of old school love. The Instagram stories had taken over the joy of receiving a postcard and the digital camera in our smartphones have made us forgot how special it was to get one photograph with your love. The beauty of an old school love is that it is patient and doesn't rush for the final line. And Kumkum Bhagya fame, Mishal Raheja's budding love is a perfect example of it. (Recommend Read: Deepika Padukone Reveals What Ranveer Singh Is Into When It Comes To Gifts)

Mishal is a renowned face of telly town and has been famous for playing the character of  Datta Bhau in Laagi Tujhse Lagan. Today, on August 18, 2019, Mishal turned a year older but he is not planning to celebrate it until his mysterious girl, who has taken his heart away, meets him. Scroll down as Mishal sheds light on his budding love! 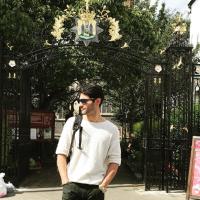 Recently, in an interview with BollywoodLife, Mishal opened up about his birthday plans, and shared, "My family is out of town and they'll be in the city on Sunday so I'll have to wait." The actor is secretly in love and he reveals about the same, "Is baar koi special hai, wo mili mujhe toh I'll celebrate my birthday (There is a special girl in my life right now and if she meets me then I'll celebrate my birthday)." He further added, "I'm not sure if she'll meet me." (Also Read: Karan Patel Shares A Special Birthday Wish For The Woman Of His Life, Ankita Bhargava) 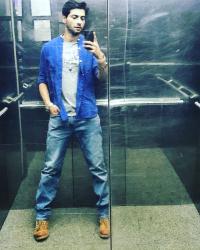 When probed further about his love story, Mishal said, "I'm behind her, it is one-sided as of now. I haven't told her but I'll soon do that. I'm just really excited about this phase of life." He also revealed that his girl is not an actor but she is related to the industry, "She is an Instagram macchar and although she is not an actor she is somehow related to the industry."

Talking about his birthday celebration, Mishal revealed that he doesn't celebrate his birthday, and said, "I never celebrate birthdays with industry friends, only if I'm shooting and we are on the set, it happens. I'm always with my family on my birthday. In fact, since the past four years, I go out somewhere alone on my birthday." 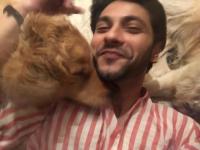 Mishal also shared how his entire family has already made plans for his wedding, and stated, "My family and friends have already started planning for a destination wedding to Paris."

In a 2010 interview with TellyChakkar, Mishal had talked about his relationship status. He had said, "I am single but not ready to mingle now. It is not like that I am not interested in girls but till date I have not found a girl who I felt was the one for me. Right now I want to focus on my work and if I find a suitable girl then I will surely talk about it happily." 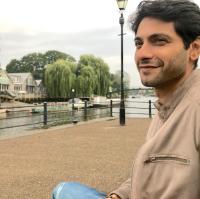 Mishal is a family man, and extremely close to his sister and in an interview with The Asian Age, he had talked about his bond in detail. He had stated, "It has to be my sister. She’s someone you can confide in about family matters. She already understands and knows the pain and the joy and all the family gossip that go around. It also means that she knows all my embarrassing secrets and habits but she’d never share those with anyone, no matter what. But yes, she will blackmail me but that’s it." (Don't Miss: Is Deepika Padukone Pregnant? She Calls Ranveer Singh 'Hi Daddy' With A Cute Baby Emoji)

Well, we hope Mishal gets to spend his day with his mysterious girl!