Shahid Kapoor and Mira Rajput are one of the most sought-after couples of the glamour world. In a recent interview, Mira has opened up about her married life.

Every girl dreams of getting married to someone, who loves her passionately. And the moment she takes the plunge and steps into her new world, her life changes completely. Actor, Shahid Kapoor’s wife, Mira Rajput never thought that her life would take a U-turn at the age of 21. The beautiful girl, who had graduated from Delhi University had become the talk of the town because of her marriage with the handsome hunk of Bollywood, Shahid Kapoor. Every girl wished to have a life like hers and dreamt of being in her place. (Also Read: Dimpy Ganguly Turns Her Son, Aryaan Roy Into A Tiger Cub As He Turns 5-Month-Old [Photo Inside])

The beautiful couple, who had completed five years of marital bliss had become each other’s forever on July 7, 2015, in an intimate Gurudwara wedding. Often tagged as the ‘IT’ couple of the glamour world, Mira and Shahid never fail to give major relationship goals to the millennials. Parents of two adorable kids, Misha Kapoor and Zain Kapoor, Shahid and Mira leave no stone unturned to make each other feel special. Mira, who has always been Shahid’s strength has beautifully moulded herself into the glamour world. In an interview with The Times of India, Mira has talked about how despite being married to a star, she considers her family as any other normal family and stated, “I think like any other family, ours, too, is a normal family. I don’t consider our household to be a film family. It’s just that my husband works in films. It is his profession, and not something that formulates our entire life.” 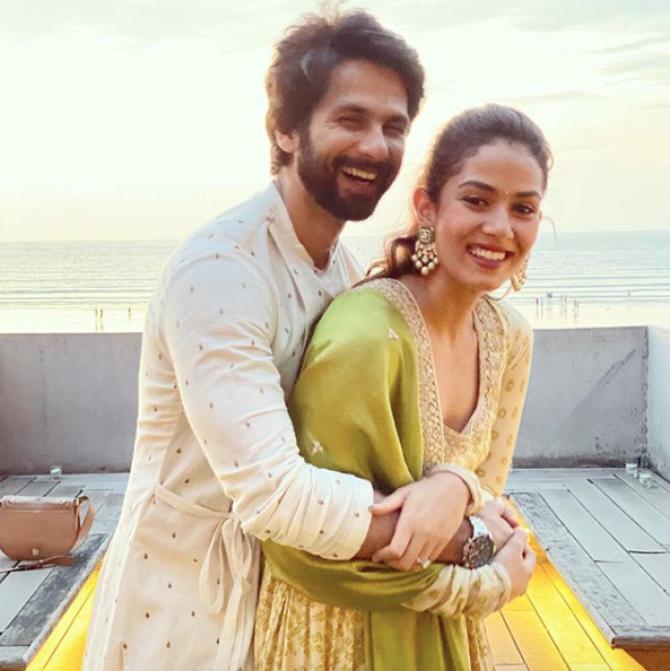 Since the lockdown, Shahid has been spending quality time with Mira and their kids, Misha and Zain. The couple is making most of their family time amidst nature as they are currently staying in their farmhouse located in a small town of Punjab and is surrounded by nature. Breathing clean air and eating fresh vegetables grown in the farm, Shahid and Mira are enjoying every moment of their current life. (Also Read: Poonam Pandey Ties The Knot With Fiance Sam Bombay, Gives Major Wedding Goals In Coordinated Outfits) Mira has also talked about how Shahid is trying his hands at cooking and revealed, “Shahid is a stickler for basic ghar ka khaana. Whenever we go out, it is because I am tired of home-cooked food. At the farmhouse, I can see that Shahid has taken an interest in cooking. The other day, I was craving to eat something spicy, so he cooked pasta for me. This is the first time I ate pasta with matar in it (laughs). Who adds green peas in pasta? I must admit that I am better at cooking, so he should do what he is good at — acting.” 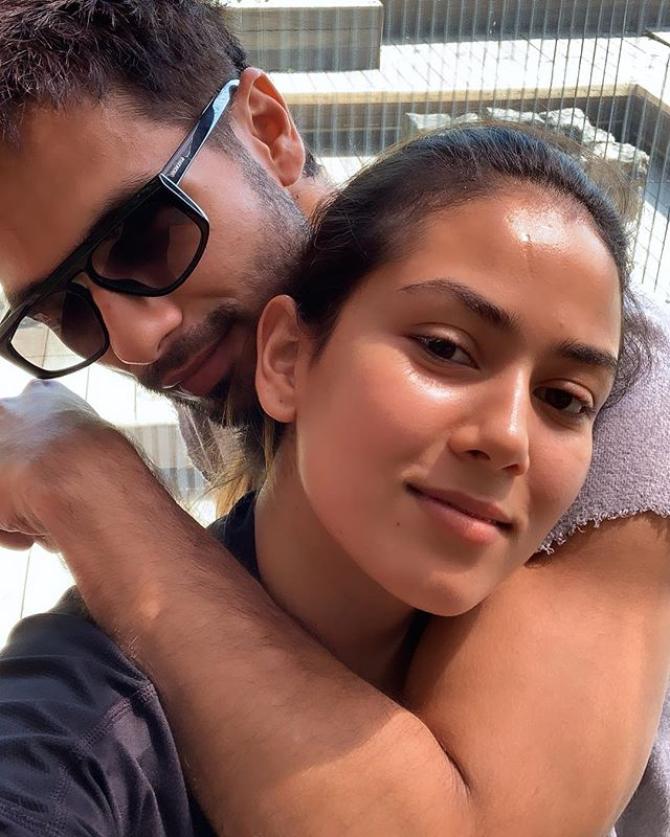 On September 7, 2020, Mira Rajput had turned a year older and her hubby, Shahid Kapoor had penned a heartmelting birthday wish for his ladylove. Shahid had taken to his IG handle and had shared a gorgeous picture of Mira. Along with the picture, Shahid had expressed how lucky he is to have her in his life. His wish could be read as “Happy birthday my love. You are beautiful inside out. And I am blessed to have you in my life” followed by a heart emoticon. 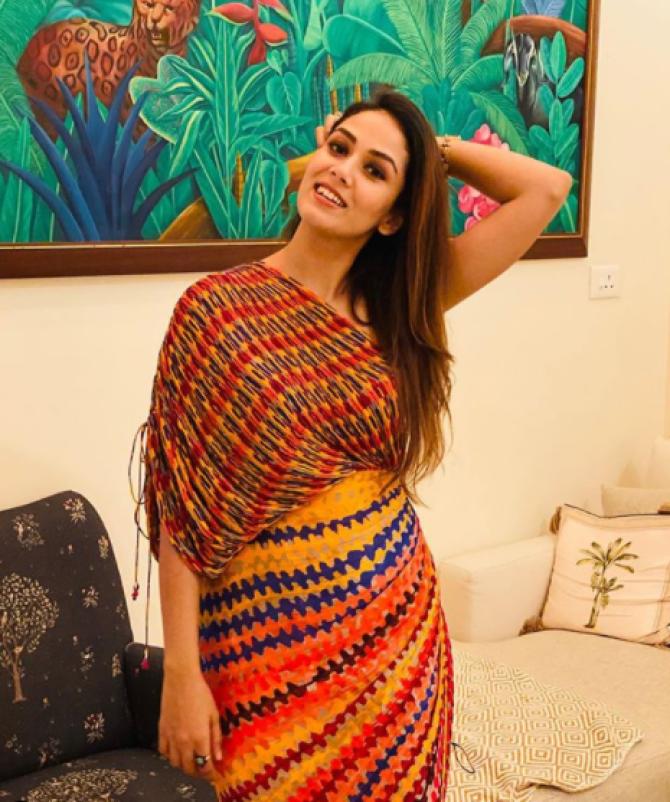 Do you know that Shahid and Mira’s fight lasts over 15 days? Revealing the same on Neha Dhupia’s celeb chat show, BFFs With Vogue, Shahid had stated, "I usually get flustered when my wife and I have a fight. It bothers me and I take time to get over it. It's once in a couple of months, but when we do fight, but ours lasts a long time, like 15 days. You know it (the tension) is there and you finally talk it out." (Also Read: Neil Nitin Mukesh's Wife, Rukmini And Daughter, Nurvi Twin In Pink and Golden Ethnic Outfits) What do you think about Shahid and Mira’s chemistry? Let us know.

Mira Rajput Posts An Adorable Picture With Her 'Virgo' Girl, Misha As They Chill Together In A Pool 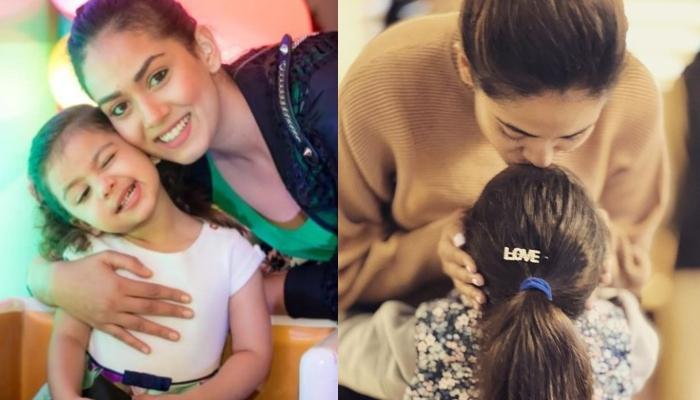 Shahid Kapoor's gorgeous wife, Mira Rajput Kapoor, has always proved that she is a millennial mom. It was in 2016 when Mira had embraced motherhood for the first time with the arrival of her ‘sunshine’, Misha Kapoor. Two years later, in 2018, her then-two-year-old became an elder sister to her baby