Mira Rajput planted a peck of love on her son, Zain Kapoor's cheeks while cutting his birthday cake. Check out the video!

You cannot put a price on having fun, especially when it's for birthday parties. One of the responsibilities of being a parent is to throw unforgettable parties for your little munchkin, which they can tressure in their memory trunk forever. Celeb couple, Shahid Kapoor and Mira Rajput are the best when it comes to an understanding of what their kids want.

On September 5, 2022, Mira and Shahid’s little one, Zain Kapoor turned a year wiser, and to celebrate his birthday bash, the super cool parents had arranged a candy casa gathering under the open sky. Moreover, glimpses from the same are still doing rounds on the internet.

Recommended Read: Seema Sajdeh Gives A Sassy Reply To Trolls Calling Her 'Not A Bollywood Wife' After Divorce While scrolling through our IG handle, we stumbled upon a few glimpses from Zain’s fourth birthday bash. In the video, Shahid and Mira and their daughter, Misha Kapoor were seen adorably holding Zain’s hand while cutting his Paw Patrol-themed two-tiered cake. Meanwhile, it was Mira’s sweet peck on her baby boy’s cheeks which melted our hearts in split seconds. Check it out!

As we know, Mira is a proud mommy of two, Misha and Zain. But it becomes crucial to convince the first child when planning for a sibling and Mira had made sure to give equal love and attention to Misha even after the birth of Zain. Earlier, on February 4, 2022, the gorgeousness had shared a viral Reel on her IG stories and recalled her daughter, Misha Kapoor’s reaction to meeting her baby brother, Zain Kapoor. In the video, a baby boy could be seen shedding tears of joy, and holding his baby sister in his arms, which is heartwarming. Alongside it, Mira had written:

Also Read: New Parents, Sonam Kapoor And Anand Ahuja To Host A Lavish 'Meet The Baby' Ceremony For Their Son 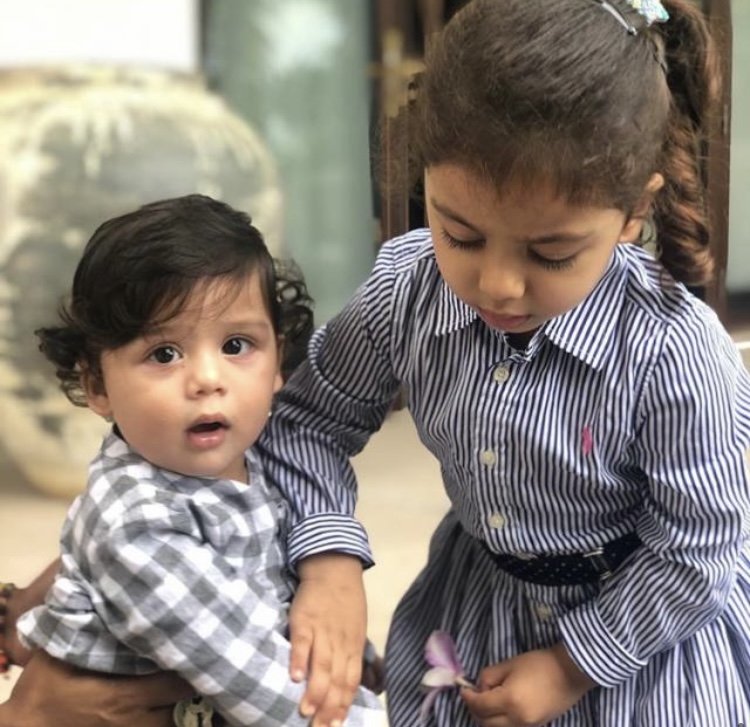 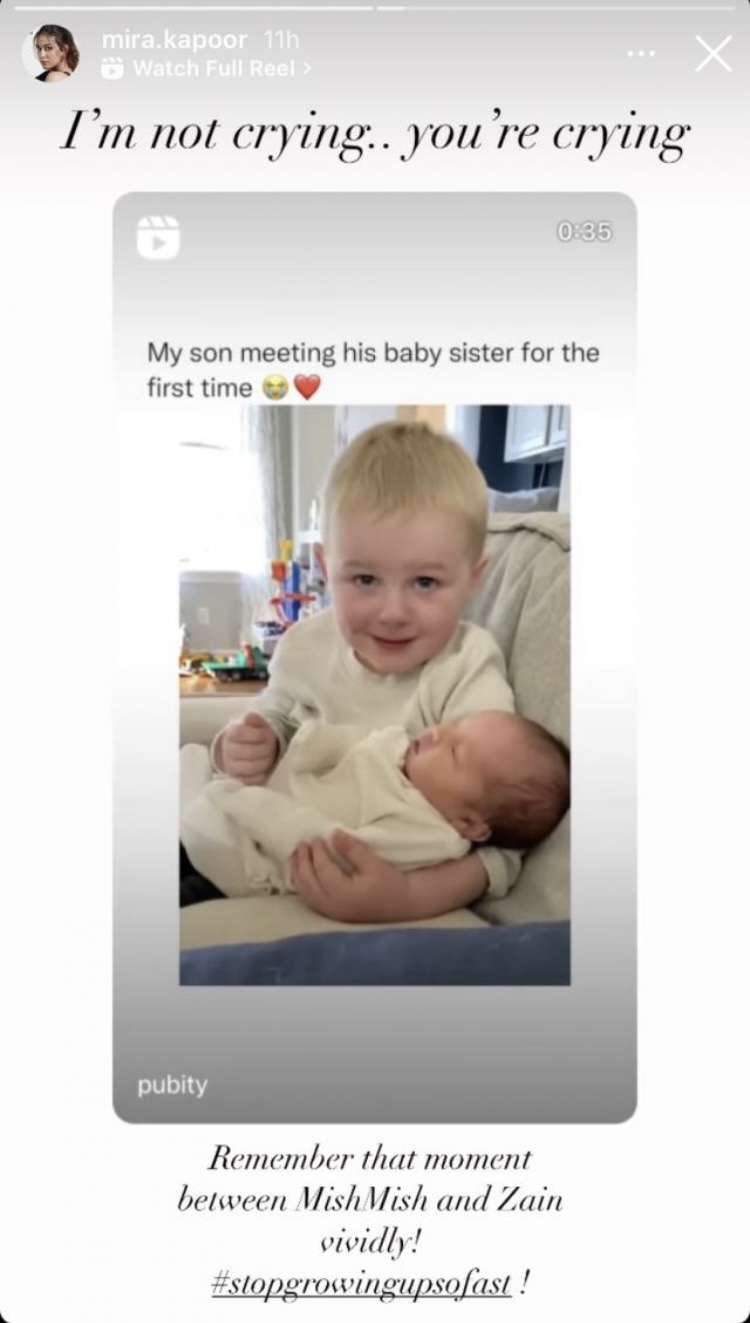 In February 2019, Mira Rajput Kapoor had a candid interaction with her millions of fans through an ‘Ask Me Anything’ session on her Instagram stories. A follower had asked Mira, “How did you prepare Misha for a sibling?” and the mommy had given a detailed answer. Revealing all the secrets and sharing which song ‘big sister’ Misha used to sing for her baby brother, Mira had shared:

“We spoke to her about it a lot. Read a lot of story books to her (Topsy and Tim and the New Baby became a favourite of hers), and let her feel a part of the process even till now! Help around, bring mom a glass of water or sing wheels on the bus to Zain if he’s crying. We let her feel the baby is hers to take care of so she felt like a grown-up little helper.” 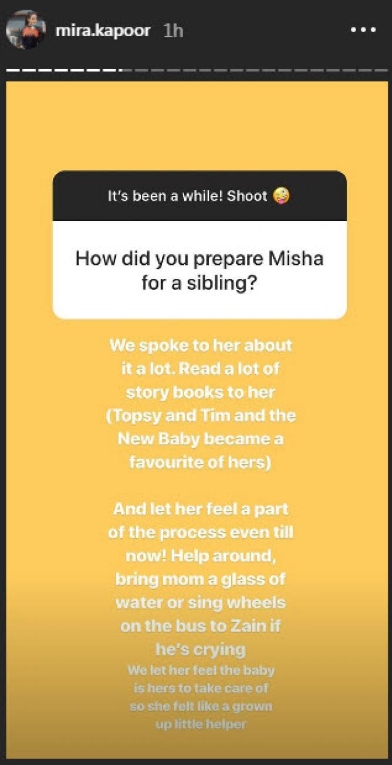 Mira Rajput dotes on her baby boy, and there is no second thought about it!

Next Read: Priyanka Chopra Shares A Candid Moment With Daughter, Malti Dressed In Nappies And A Cutesy Hairband