Shahid Kapoor’s little brother, Ishaan Khatter is taking forward the legacy of the Kapoor-Khatter clan and like how! With his debut in the non-mainstream cinema, Beyond The Clouds, he became the Dhadak of the nation, courtesy his acting and dancing prowess. Didn’t you feel like you are watching Shahid Kapoor again in action when you saw Ishaan in Dhadak? With those mannerisms, dance moves and near-similar smile, Ishaan too, has created his own niche in the industry like his brother, Shahid. Ishaan also shares a special bond with his ‘bhabhidoll’, Mira Rajput Kapoor. (Also Read: Alia Bhatt's Parents, Mahesh And Soni Post Heartfelt Wishes For Their 'Sunshine' On Her Birthday)

Ishaan Khatter and Mira Rajput Kapoor have proved to be one of the cutest bhabhi-devar duos of B-town, with their goofy pictures and the even more adorable captions that goes with it. A super-cool Instagram feature called 'Ask Me Anything’, allows a user to answer a question that their followers ask and put it as their Instagram story. This is how we get a little sneak peek to the personal lives and fun facts about our favourite celebrities. During an impromptu 'Ask Me Anything’ interaction with fans on March 14, 2019, Ishaan was flooded with questions related to his upcoming projects, personal life and he was also showered with some compliments. 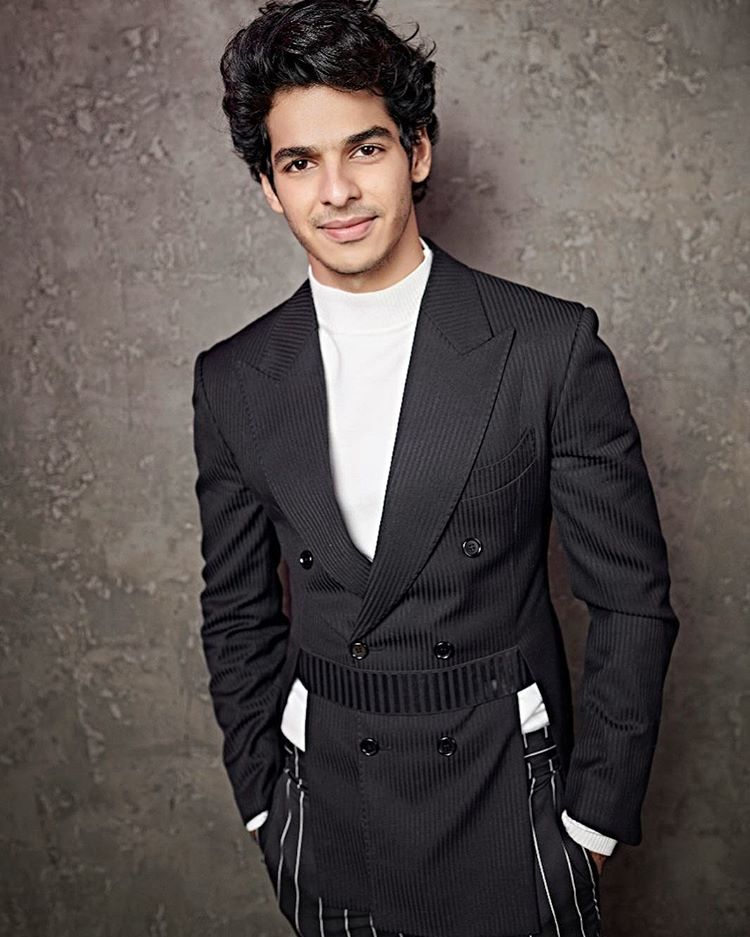 Ishaan Khatter’s Dhadak co-star and alleged girlfriend, Janhvi Kapoor posted a question for him, “Do you eat Watermelons?”, to which he replied, “Yes, thank you for your profound question Janvhi Kapoor” followed by a watermelon emoji. Ishaan’s ‘bhabhidoll’, Mira Rajput Kapoor too, had a question for him, “When are you getting a haircut?” Ishaan retorted, “Now, no chance I’ll get one. @mira.kapoor”. Here are the screenshots of the same: From celebrating festivals and special occasions together to supporting each other, Shahid Kapoor, Ishaan Khatter and Mira Rajput Kapoor are giving major #familygoals. Ishaan is also in love with his niece and nephew, Misha Kapoor and Zain Kapoor. On Christmas 2018, Ishaan treated his fans with a lively photo of his ‘Guchki baby’ and their photo was an epitome of cuteness and innocence. Dressed in a red and white striped t-shirt with a pink sparkly golf cap, Misha Kapoor looked like a little fashionista and sitting on her chachu, Ishaan Khatter’s shoulders. Misha’s hands are almost covering his eyes while piggybacking of sorts on chachu Ishaan. In the picture, while Ishaan can be seen smiling ear-to-ear, his two-year-old niece sported a serious expression on her face. Ishaan captioned the photo as sass is equal to 100 per cent. (Also Read: Karan Johar's Ex And Current Students Sidharth Malhotra And Tara Sutaria Serious About Each Other?) 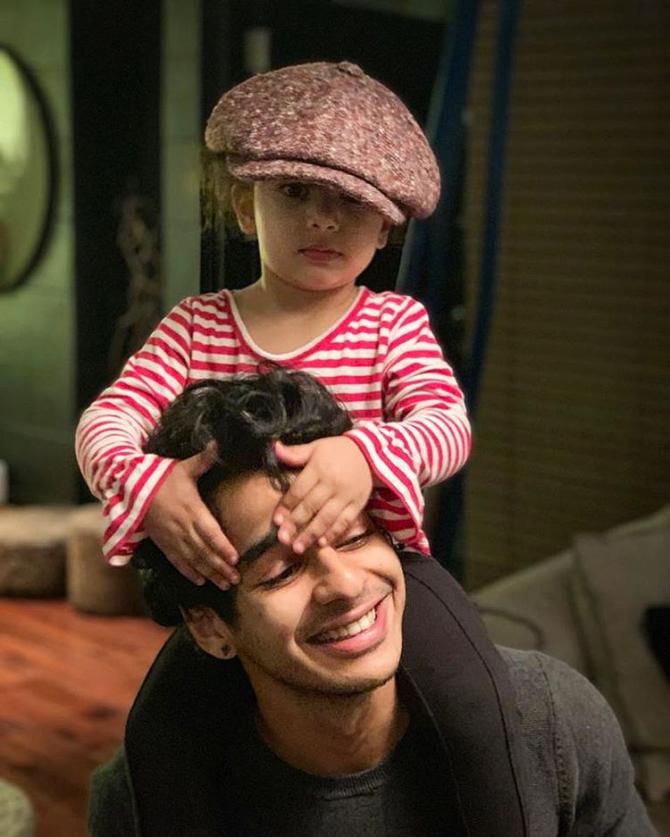 In a conversation with DNA, Ishaan Khatter shared his affection and adoration for his little niece, Misha Kapoor and had remarked, "Misha is just the most delightful, joyous presence in all our lives. She is funny, extremely intelligent and an adventurous kid." Speaking of how he doesn’t get time to spend with Misha, courtesy his work and travel, Ishaan went on to add, "I do get to spend time with her, but not often enough. I would say because of the nature of our work. They also get busy sometimes while travelling. But Misha is developing and growing in a beautiful manner." (Also Read: Deepika Padukone Unveils Her Madame Tussauds Statue In London, And Ranveer Singh Cannot Keep Calm) Ishaan Khatter had also posted lovely pictures from Shahid Kapoor and Mira Rajput Kapoor’s wedding and revealed that he affectionately calls his sister-in-law, ‘bhabhidoll’. Sharing a photo with his mother, Neliima Azeem hugging bahu, Mira as Ishaan photobombs their picture, he wrote, “My very own bhaabidoll”. And when Shahid and Mira completed two years of togetherness, Ishaan posted an unseen picture from their wedding and wrote, “Brotherjaan and bhaabidoo turn 2! Happy anniversary, you fit together like a puzzle.” At the special screening of Beyond The Clouds, Mira shared several stories with hubby Shahid and bro-in-law, Ishaan. Her fun and goofy captions could be read as, “All the best chota. Chal motor chala.” Take a look at the pictures: 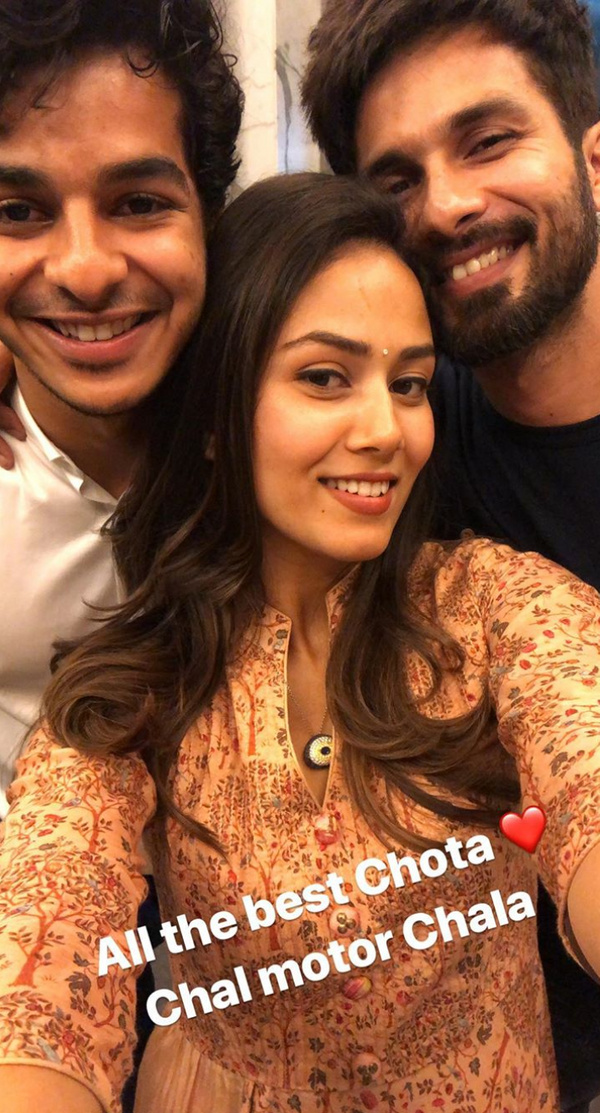 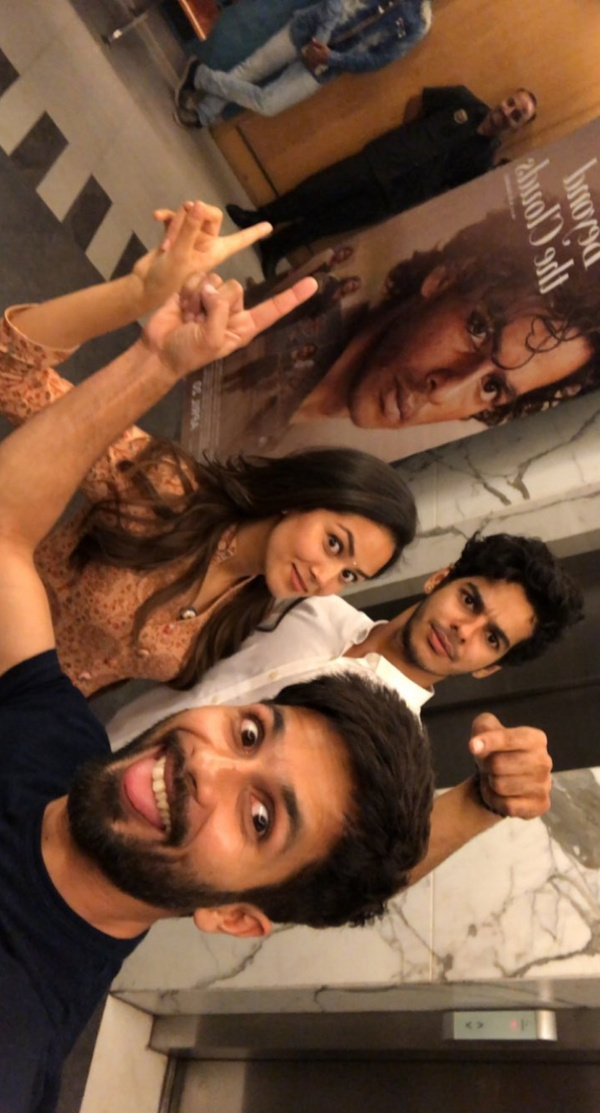