Recently, Mira Kapoor's kids had taken over her phone and texted their daddy, Shahid Kapoor, and she shared a screenshot of the same. But it is Shahid's nickname on Mira's phone that made us go 'aww'!

It was in the summers of 2015 when Bollywood's very own Ishq star had left everyone in shock by tying the knot with a Delhi-based Mira Rajput. Everyone was left our heartbroken with the news, and secretly girls in their twenties had envied Mira for marrying the B-town's hottest man. But soon, Mira's love for Shahid, made many of Shahid's fans love her as well. Their adorable PDA's made everyone dream of a precisely similar relationship. (Recommend Read: Amitabh Bachchan's Grandson, Agastya Nanda To Make His Bollywood Debut, Is Looking Over Offers)

We remember how in an interview with the Bombay Times, Shahid had shared that he had first met Mira in his 'Tommy Singh' avatar for his film, Udta Punjab. He had shared how he met her for the first time at her house in his Tommy zone and had donned a ponytail, worn drop-crotch track pants and weird shoes. He had also shared her reaction when he had told her that he was playing a character called Tommy. To this, Mira had said, "That is not the name of a guy; it is the name of a dog." In the same interview, he had revealed that his wife had saved his name as Tommy on her phone. Well, guess what? She still has saved his name as 'Tommy' on her phone. 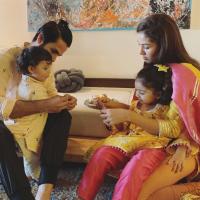 Yes, and we have proof of it! On July 10, 2020, Mira took to her Instagram handle and posted a screenshot of one of her kids' chat with their daddy, Shahid. The screenshot also revealed the actor's cute nickname, and it showed Shahid's name saved as 'Tommy'. The screenshot also revealed one of her kid's chat with Shahid. While one text showed emojis of healthy food items and fruits, another one was in stark contrast and showed emojis of junk food such as fried, pizza and more. Alongside the picture, Mira wrote, "Phone-takeover. Any guesses? Must say we are firm believers in a balanced diet." Check it out: 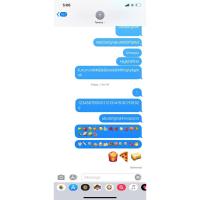 On July 7, 2020, Shahid Kapoor and Mira Rajput Kapoor had completed five-years of living together. The star-wife had taken to her Instagram handle and had written a sweet note, which could be read as "5 years, 4 souls, 3 homes, 2 babies and 1 beautiful family. There’s nobody I’d rather be on this journey called life than you my love. I fall in love with you more every day. And I’m the luckiest girl in the world to have the love of my life be my best friend. Thank you for everything, for being my strength and for walking through everything together, hand in hand. I love you. You make me laugh like no one else. And more often than not I’m laughing at you. Please don’t forget. Wife is always right. And the three golden words will always be “I am sorry" To many more years of us." (Also Read: Shweta Tiwari Shares A Cryptic Post After Husband, Abhinav Blames Her, Daughter, Palak Supports Her) 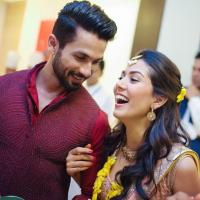 Shahid had also shared a loving note for his wife, Mira on their 5th anniversary and it could be read as "5 years. Gone by in a flash. Found beauty in the smaller things. Found happiness within not without. Found meaning to together we can. Found myself a little more walking by your side my love. Thank you for being you. And thank you for helping me be a better me. Happy anniversary my love." (Don't Miss: Aishwarya Rai Bachchan Cheers For Hubby, Abhishek Bachchan's Web Debut, 'Breathe: Into The Shadows') 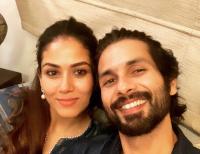 Well, Shahid and Mira never fail to give us couple goals!