Mira Rajput Kapoor posted a selfie with Shahid Kapoor, giving a peck on her head and her 'devar', Ishaan Khatter photobombing their mushy picture. The 'early morning crew' reunited after a long time.

Ever since the pandemic had begun, Shahid Kapoor and his wife, Mira Rajput Kapoor with their two adorable kids, Misha Kapoor and Zain Kapoor moved to their farmhouse in Punjab. While Shahid and Mira had travelled to Mumbai for their professional commitments, the kids stayed back at the farmhouse.

The long-distance made Misha Kapoor miss her grandmother, Neliima Azeem so much so that the little one had written a 'miss you' note for her on her customised letter writing set. Mira posted a picture of Misha's letter, which could be read as "Dear Dadi. Missing You. Call When You Are Free. Love Misha." The little munchkin had also drawn a heart on her letter. Mira had captioned it as "Love letters". Ishaan had commented on the post, "Dadi is gonna cry if I show her this". 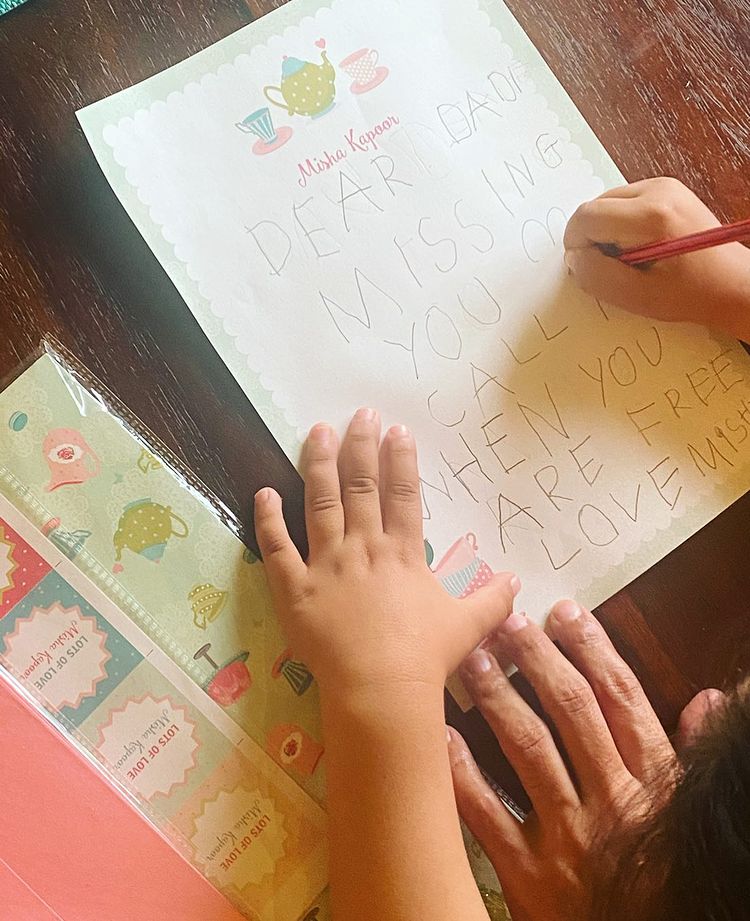 Looks like Shahid Kapoor and Mira Rajput Kapoor are back in Mumbai as they reunited with his brother, Ishaan Khatter. Mira posted a selfie with Shahid, giving a peck on her head and Ishaan photobombing their mushy picture. Mira captioned it as "Early morning crew" followed by a flexed bicep emoji. A few hours ago, Mira Rajput Kapoor revealed how Shahid Kapoor melts her heart. Posting a picture of the bouquet of flowers with which Shahid surprised her, Mira wrote, "That’s how you melt my heart. @shahidkapoor I love you." Shahid commented on the post, "No amount of flowers will ever match up to your fragrance my love." Shahid Kapoor and Mira Rajput Kapoor are soon going to complete six years of marital bliss and even today, their PDAs take no time to break the internet. Mira often reposts relatable quotes and memes on her IG stories, tagging Shahid. Once she had posted, "When women say: "I am not mad." What they mean: "Quit while you're ahead."" And atop it, she had written, "@shahidkapoor Miss ya." 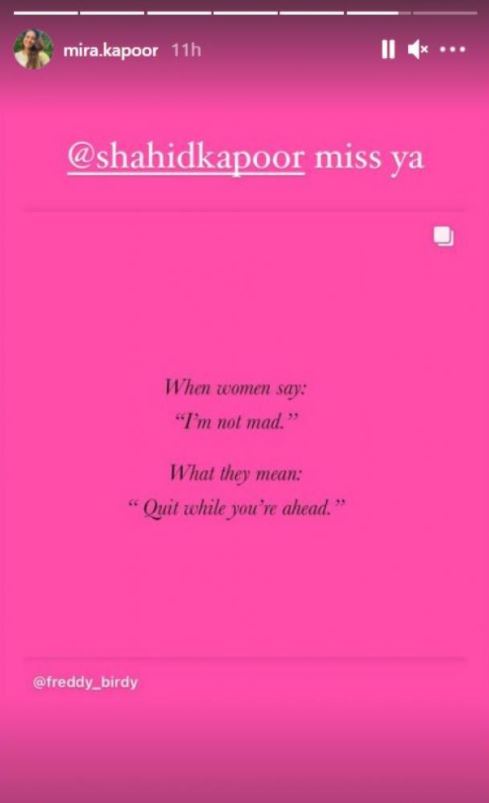 Also Read: Arpita Khan Sharma Shares Her 'Gyan' On What Makes A Couple 'Perfect' For Each Other

On their fifth anniversary, Mira Rajput Kapoor had posted an unseen picture with Shahid Kapoor from their Anand Karaj ceremony. Raising a toast to five magical years of togetherness with Shahid, Mira had captioned the Anand Karaj picture as "Gratitude". 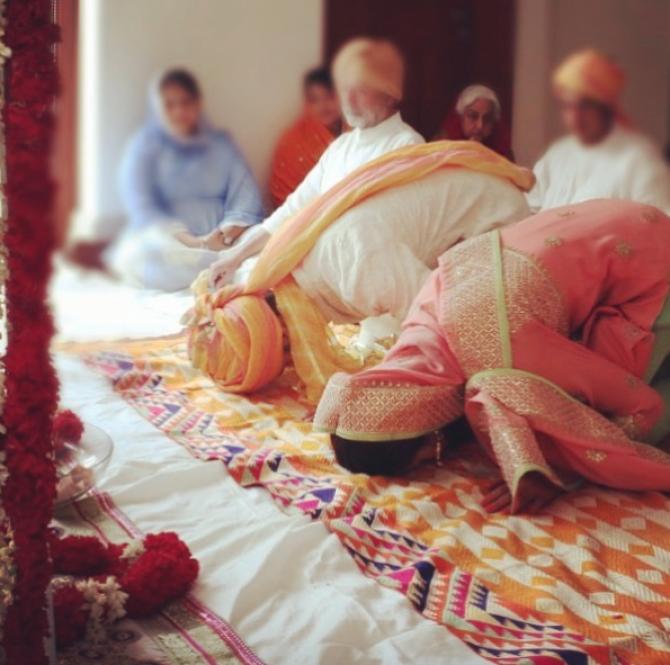 To wish his wife, Mira Rajput Kapoor on their fifth wedding anniversary with an all-smiling selfie, Shahid Kapoor had revealed what all he had found in these five years and thanked her for helping him be a better version of himself. Shahid had written, "5 years. Gone by in a flash. Found beauty in the smaller things. Found happiness within not without. Found meaning to together we can. Found myself a little more walking by your side my love. Thank you for being you. And thank you for helping me be a better me. Happy anniversary my love." In a throwback interview with The Times Of India, Mira Rajput Kapoor had spoken about her lockdown routine with Shahid Kapoor and kids, Misha Kapoor and Zain Kapoor. Mira had revealed that after Misha's home-schooling or online classes, Shahid plays with the kids, trains them to cycle, play board games and watch a lot of movies. And once the kids go to bed, Shahid and Mira spend quality time together.

The reunion of 'early morning crew' of Shahid, Mira and Ishaan is a sheer delight for their fans! If there's one couple in B-town, who never overdo social media PDA and it is always on-point with them, it would be none other than the poster couple of arranged marriages, Shahid Kapoor and Mira Rajput Kapoor. When Shahid and Mira announced their wedding in 2015, it had raised many eyebrows