Milind Soman and his wife, Ankita Konwar give major couple goals to the millennials. On February 26, 2020, Milind shared a picture along with a lovely note for his wife, Ankita.

Love is a beautiful feeling and it becomes more charming if you decide to spend your entire life with the one you love. Walking hand-in-hand, sharing a bowl of ice cream and watching a horror movie cuddled with each other are some of the best moments one spends when you are in a relationship. Every hardship looks like a smooth sail with your partner and you look forward to creating cherished moments in your relationship. A similar relationship is shared between the heartthrob of the 90s, Milind Soman and his gorgeous wife, Ankita Konwar. (Also Read: Divyanka Tripathi Dahiya And Vivek Dahiya Shift To Their New Lavish 4BHK Apartment, Details Inside)

Often referred to as the Greek God, Milind Soman had broken many hearts when he had tied the knot with his girlfriend, Ankita Konwar on April 22, 2018, in a close-knit Assamese wedding. Ankita and Milind look adorable with each other and give couple goals to millennials. Ankita, in interaction with Humans of Bombay had once revealed that the couple had gotten married thrice! One was at Alibaug, the second was under a waterfall in Spain and the third time, at a place called 'end of the world'. 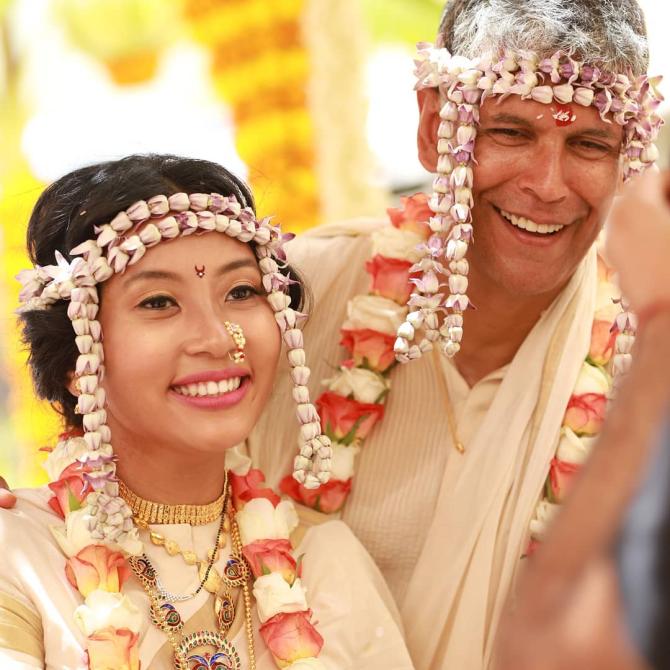 On February 26, 2020, Milind took to his Instagram handle and shared a picture with his wife, Ankita. Along with the picture, he wrote a heart-melting caption reminiscing their first meeting. His note can be read as “We met this day six years ago. I don't dwell much in the past or think a lot about the future, but every moment with you has been precious, and I pray we will continue to be what we have been to each other. You are the sweetest, and the brightest, and the funniest and the most charming. I love you. Happy Anniversary. #foreverisNOW.” 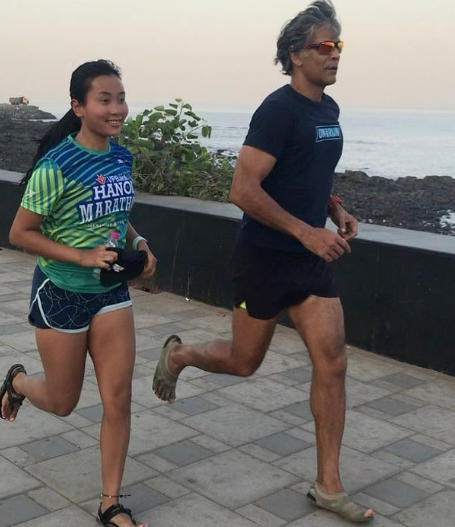 Just 3 months after their Assamese traditional wedding, the couple had another fairytale wedding at Santiago de Compostela, Spain. The couple was all barefoot throughout the wedding! While Ankita had sported a beautiful white dress with flowers in her hand and a floral tiara over her head, Milind had looked dapper in a white shirt and pants, which he teamed with a black tuxedo. Sharing a few pictures from their dreamy Spain wedding, Milind had captioned the pictures as “Till eternity with each other the barefoot wedding we always wanted in the woods with the beautiful family #barefootwedding #santiagodecompostela #bucketlist #theultrahusband #familytime”. (Also Read: Sanjay Kapoor Shares A Throwback Childhood Picture Of Girl Gang, Janhvi, Shanaya, And Khushi Kapoor) This isn’t the first time when we are drooling over their beautiful chemistry. On February 7, 2020, Ankita had posted a throwback picture with her hubby, Milind Soman from their Japan trip. In the picture, we could see both Ankita and Milind dipped deep in each other’s eyes. Along with the mesmerizing picture, Ankita had written some words filled with affection and gratitude for the love of her life that could be read as “#flashback #fridayfaces from #fujiyama And Maybe we were together in another life and I promised to find you here, on the other side. Maybe my heart led me to you by pulling me a little here, pushing me a little there till it set its eyes on you. Maybe, I don’t know. But I do know that I have felt you more than one life would allow.” #lovequotes #fridayvibes #forever #youandi #deepermeaning @soniakulkarni.” In an interview with The Telegraph, Milind Soman and Ankita Konwar had revealed many astonishing facts about their relationship and their courtship days. Milind had revealed in the interview that it was the 26-year generation gap that had attracted her towards him. But were Ankita’s parents okay about it? The missus had said, “My mom was a little surprised.” To which, Milind had added, “Her mother is younger than me.” Ankita had balanced the same by saying, “By two years. She always liked him as a personality, but she was a little worried. ‘Are you sure?’ she asked me.” (Also Read: Mahhi Vij's Droolworthy Picture Of Her 'Best Friend For Life', Tara Jay Bhanushali Is All About Love) Doesn’t Milind and Ankita look stupendous together? What do you think? Keep us posted.

Milind Soman's Wife, Ankita Konwar On Battling Depression: Reveals How She Still Struggles With It 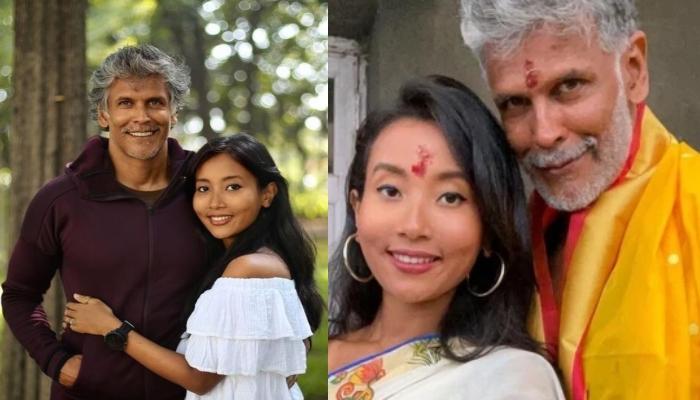 Depression is a condition that can happen to anybody and take a toll on their mind, body, and soul. However, it's not easy to identify people who are suffering from depression. Even the people with smiling faces might also be undergoing a battle with depression inside. And, one such happy soul