It has been almost four years now since Divyanka Tripathi had added Dahiya to her name post her wedding with Vivek Dahiya. Divyanka and Vivek have been cherishing every milestone together since then. 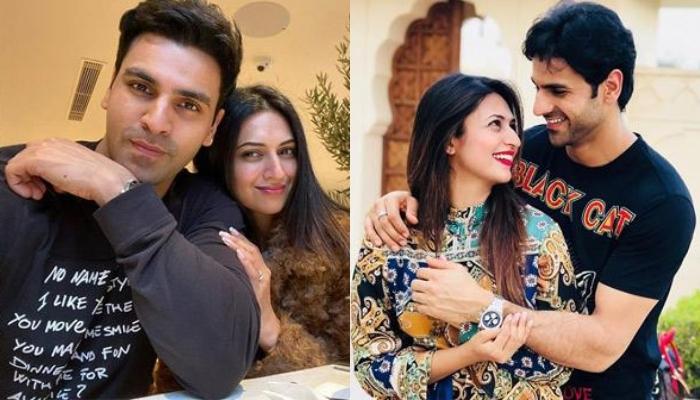 Have you ever been in a relationship? Most of you who nodded with a ‘yes’ would agree if we say that the beauty of being in a relationship is to have someone by your side for sharing experiences and making it beautiful moments to cherish forever. Every milestone brings a couple closer to each other and even the tiny moments are a big deal in a relationship. From your first vacation, seeing each other at their worst, his/her family becomes yours, even your first fight, marriage, first festivals to your first ‘home sweet home’ together, every milestone is a beautiful transformation of ‘me’ to ‘we’ to be cherished by couples! (Also Read: Ali Fazal Popped The Big Question To Richa Chadha And She Said 'Yes' During Their Trip To Maldives)

Divyanka Tripathi Dahiya and Vivek Dahiya are also cherishing every milestone of their married life, together. It was on July 8, 2016, when Divyanka had added the surname ‘Dahiya’ to her name post her wedding with Vivek and since then, they have been swooning us over their ‘match made in heaven’ chemistry. Married for almost four years now, Divyanka and Vivek have knitted their ‘happily ever after’ and now they have added another milestone to their beautiful journey. 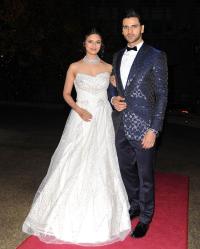 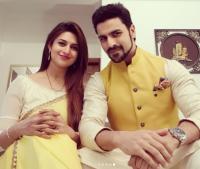 While Divyanka Tripathi Dahiya hails from Bhopal and Vivek Dahiya hails from Chandigarh, the lovebirds are settled in Mumbai, courtesy their work commitments where they had earlier bought a 3 BHK apartment post their wedding. Spread in 1260 sq ft area, Divyanka and Vivek’s home had a gold and white theme and was beautifully designed with royal furniture. Divyanka and Vivek also have a special corner assigned to their trophies i.e., a wall of fame that reflects their professional achievements. Also, there is a space for meditation and their home also has a small temple. The white and golden theme of Vivek and Divyanka’s home speak volumes of royalty and it was designed exclusively for the couple as per their taste and preferences. Here’s an inside sneak peek into Divyanka and Vivek’s previous abode: 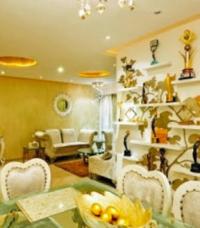 Ever since a couple takes their relationship to the next level and gets married, every first in their lives becomes super-special and important. From the first get-together or function you attend as husband and wife, first birthdays/anniversary, the first time you cook for one another, first vacation to the first major thing you buy together, be it a car or a house, living and sharing every moment of your life together is a different game altogether. It was in October 2018 when Divyanka and Vivek had purchased their first luxurious car together and had given their fans a glimpse of the same. (Also Read: Shahid Kapoor's Explanation For Mira Kapoor's 'Blurry' Couple Picture Screams His Unconditional Love) 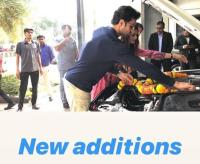 In a SpotboyE interview, Divyanka Tripathi Dahiya had opened up about baby planning and was quoted as saying, “Not soon, at least. When I will give the green signal, he’ll support it. Right now, he can see that I’m not ready for it.” When asked if she and her husband have their own fair share of fights, Divyanka had retorted, “Yes. But we are very communicative in our relationship. We speak to each other about it rather soon, if he's hurt or finds something wrong and vice-versa. At the end of the day, we must resolve it. When communication stops, mind takes over and plays games. It is not tough to resolve issues if you talk to each other.” And who takes a step back in the fight, Divyanka had replied, “Vivek is very supportive, he is more patient than me. I am always stressed out; I tend to react. But, I am changing- woh thehrav mujh mein aa raha hai.” (Also Read: 'Malang' Actor, Kunal Kemmu Reveals The Best Thing About Being His Wife, Soha Ali Khan's Husband) 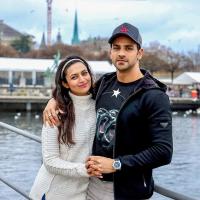 Can’t wait for pictures of Divyanka and Vivek’s new abode! To find the right person in a marriage is not about getting the perfect man, but a man, who is perfect in his own imperfect ways just for you. There is an old English song called Love is a battlefield and there are days when it feels so true, pun intended. But