Rana Daggubati's wife, Miheeka Bajaj looked gorgeous as she performed 'satyanarayan puja' with him at their home. Check it out below! Amidst the lockdown, when most of the weddings were getting postponed, that's when we got the best news of 2020. As the macho man of Bollywood and Telugu industry, Rana Daggubati had introduced us to his love. Yes, on May 12, 2020, Rana had taken to his Instagram handle and had shared the picture with his soulmate, Miheeka Bajaj. He had posted a mushy picture and had confirmed that 'Miss' Miheeka Bajaj had accepted his proposal of turning into his 'Missus'! (Recommend Read: Sanjay Raut Says Sushant Singh Rajput Was Unhappy With His Father, KK Singh's Second Marriage)

Since then, fans had been eagerly waiting for Rana and Miheeka's intimate wedding. The couple's wedding festivities kickstarted with haldi and mehendi functions. However, it was their wedding pictures that had won millions of hearts. Miheeka had looked a like a queen in Anamika Khanna's lehenga which was beautifully adorned in zardozi, chikankari, and gold metalwork.

On August 10, 2020, we got hold of the first look of the newly wedded couple as they performed Satyanarayan puja at their home. Miheeka radiated new brides glow wearing a saree with a heavily embroidered red dupatta. In one picture, we can see Rana and Miheeka performing the puja, while in the other, they happily posed with their family. Check it out below: 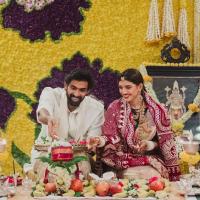 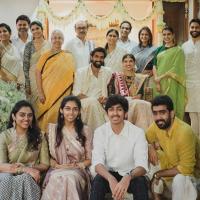 On August 6, 2020, Rana Daggubati had shared a glimpse of his new journey with his soon-to-be-missus, Miheeka. In the picture, we could see Rana showing off his bright smile while Miheeka was lovingly looking at him. Alongside the picture, Rana had written, "And life moves fwd in smiles, thank you." For the haldi ceremony, Miheeka had donned a yellow lehenga with green patchwork. Her look was completed with statement jewellery made out of shells. 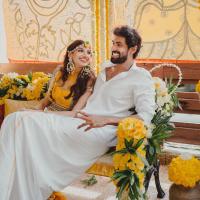 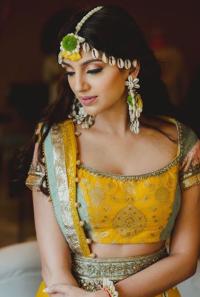 It was on May 20, 2020, when Rana Daggubati and Miheeka Bajaj's families had hosted a roka ceremony to formalise a date for the couple's engagement and marriage. The actor had posted a picture with his beautiful ladylove, Miheeka, Rana had written, "And it's official!!" Miheeka had also posted a picture from the ceremony and had written, "To the beginning of forever @ranadaggubati" and "My happy place!@ranadaggubati". (Don't Miss: Deepika Singh Recalls Being Body-Shamed Post-Pregnancy And How It Had Helped Her In Losing Weight)

Well, we cannot wait to see more pictures of Rana and Miheeka!