After A Broken Engagement With Kanan, Ekta Kaul Is Getting Married Soon, Announces It On Instagram

After A Broken Engagement With Kanan, Ekta Kaul Is Getting Married Soon, Announces It On Instagram Every time when a celeb shares the news of going to become a part of the wedding bandwagon or join the couples’ club, it is the moment to rejoice. Not just because we will get to see new inspirational wedding outfits but it is about the beginning of the new journey of a beautiful life for them. Here is yet another pretty actress who revealed about their sealed deal!

You May Also Like: 'Mere Angne Mein' Fame Karam Rajpal Has The Cutest Birthday Wish For His Girlfriend 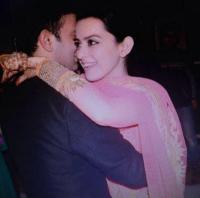 We are talking about none other than modern bahu, the character of Riya Mathur played by Ekta Kaul in Star Plus’ Mere Angne Mein. And guess what, the actress might have tied the nuptial knot or got engaged yesterday that is February 13, 2018, and how we are sure about this news is the picture she shared on her official Instagram handle with the hashtags which said #dealissealed and #soulmatesunited. And very adorably, captioned the sweet pic as “From today until forever.” Here is the picture:

What a lovely way to declare your relationship with the man of your life, right? Well, it is still unknown whom she got engaged or married but we can only wait to know more about her secret ceremony. (Also checkout: Neha Kakkar Is Madly In Love With Himansh Kohli, Kisses Him On Kiss Day In An Instagram Story)

For the uninitiated ones, the Rab Se Sohna Ishq actress was earlier engaged to her co-star from the same show, Kanan Malhotra. Things didn’t do well between the two and the duo broke-off the engagement. Kanan is a married man. And Ekta too is now settled in her new phase of married life. Talking about getting married to the man of her life, in an earlier interview, she expressed her desire to marry the man of her dreams and retorted, "I do not want to go into details of my personal life. I have always wanted to get married to a guy who understands me and someone whom I can talk to without any reluctance." (You May Like: Vivek Dahiya Proposed To Divyanka Tripathi For Marriage By Message On His T-Shirt) 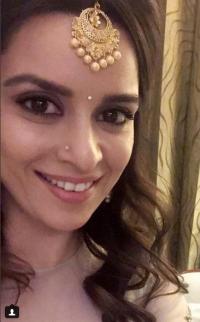 And without telling anything else in detail, about the soulmate she had found and her wedding on cards, she was quoted as saying, “I have found my soulmate. Marriage is important and it is not an easy ride as you have to constantly work on it." Well, we all wonder why she has kept her wedding so secretive that the picture shared also doesn’t reveal the name or picture of her life partner. Whatever be the reason, we hope and wish to see the beautiful pictures of their wedding and who attended it! On the work front, Ekta was seen in the show named Ghulaam where she replaced the actress Niti Taylor but unfortunately, the show ended even before the plot which was planned took place.

Well, we cannot wait to see her secret ceremony pictures and we are sure, their fans are waiting too!