Though Neha Dhupia and Angad Bedi have begun shooting and fulfilling their professional commitments, they make sure to spend quality time with their little one, Mehr Dhupia Bedi at home. 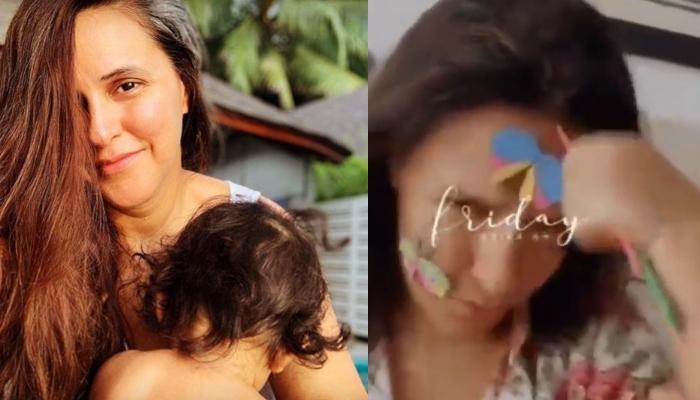 From becoming a horse on which they can ride to a canvas for them to paint, from dancing with them to celebrate to grooving for them when they’re sad, from making them sous chef when you cook to exploring different hobbies together; parents do everything in their power to entertain their kids and make sure that the beautiful smile remains on their face. Neha Dhupia and Angad Bedi too, are making sure that their little bundle of happiness, Mehr Dhupia Bedi is entertained at home. Six months into their wedding, Neha and Angad had embraced parenthood and had welcomed a little angel in their lives. Since then, their lives have been revolving around little Mehr. (Also Read: Sushmita Sen Wishes Her 'First Love', Renee On 21st Birthday, Posts Photoshoot Picture Done By 'Maa')

For Raksha Bandhan 2020, Neha Dhupia and Mehr Dhupia Bedi had twinned in pink-coloured traditional and Indo-western attires, while Angad Bedi had opted for a casual look. Neha, Angad and Mehr’s pictures from the celebrations were a treat to eyes. The family had celebrated the festival virtually due to the pandemic and sharing the family pictures on Instagram, Neha had written, “This is such a special Festival ... missing our family loads but hope all you fortunate ones celebrated with your brothers and sisters in person and for the ones who couldn’t ... celebrated like us ... virtually ! #stayhomestaysafe #happyrakshabandhan @hardydhupia @pdhupia @nehabedi2 @preetisikh @babsdhupia @angadbedi @mehrdhupiabedi.” Though Neha Dhupia and Angad Bedi have begun shooting and fulfilling their professional commitments, Mehr Dhupia Bedi often accompanies her mother to the shoot. But the doting parents make sure to spend quality time with their little one at home. Sharing IG stories with Mehr, as she had put butterflies on her mumma’s face, Neha asks her little girl to remove them. Neha has captioned the IG stories with the hashtag, #MomLife and tagging her baby girl’s Instagram profile.

During an ‘Ask Me Anything’ session on Instagram, where Angad Bedi had interacted with his fans, he was asked, “Whom do you love most, Neha or Mehr?” To which, Angad had replied, “Mehr is because of @nehadhupia” followed by an array of hearts. Even Neha Dhupia had chatted with her fans via an ‘Ask Me Anything’ session, and when she was asked, “Is Mehr mamma’s girl or dad’s girl?” she had retorted, “Daddy… @angadbedi”. (Also Read: Dimpy Ganguly Shares An Adorable Monochrome Picture Of Her 'Little Piggies', Aryaan And Reanna) 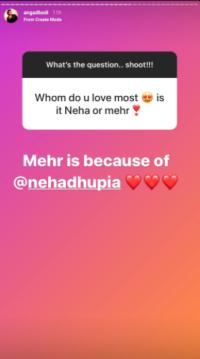 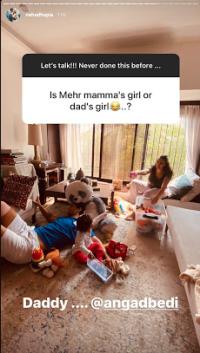 Ever since Mehr Dhupia Bedi’s birth, her super-loving parents, Neha Dhupia and Angad Bedi have been posting glimpses of the little one on her monthly birthdays, and her first birthday in 2019 was no different. But Mehr’s first birthday became even more special for her fans as her grandfather, Bishan Singh Bedi delighted us with the first-ever clear picture of their baby girl. Neha, Angad and Mehr have visited the ancestral house of Bedis on her birthday, and sharing pictures from the same, little one’s grandfather had tweeted, “This one is wholeheartedly appreciated by MEHR..ever so Lovingly...!! GodBless All Always..!!” and “MEHR seems to approve of her presence in the dilapidated ‘Haveli’ of her Great GrandParents..Maybe the renovation of the Old Relic is around the corner..!! Thx Fellas for visiting my Birth Place..Guru MEHR Kareh..Love All Always..Hope U all left behind yur Youthful Energies..!!” 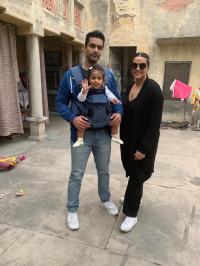 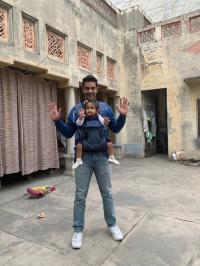 In an interview with ETimes TV, Neha Dhupia had revealed how she is managing work from home during the lockdown and how her husband, Angad Bedi is proving to be a supportive partner. Neha had stated, "There is no taking away from the fact that when a mother is working from home, her head is always there in her child and the child always knows that the mother is there and always accessible. So, recently in the middle of the live auditions I heard my daughter cry so I had to run away and go inside and see what happened and it was nothing, it was just a call to go to the washroom. I know a lot can be managed by my husband so we plan our timing accordingly. I know the live auditions are going to keep me busy from like 4 PM to 7 PM on alternate days, so I tell my husband that he has to be on Mehr's duty when I am away for virtual auditions. He understands it and we are big on co-parenting and that's very important to us." (Also Read: Gabriella Demetriades Flaunts Tattoo Symbolising Her Love For Beau Arjun Rampal And Son, Arik Rampal) Sending lots of love to Mehr! 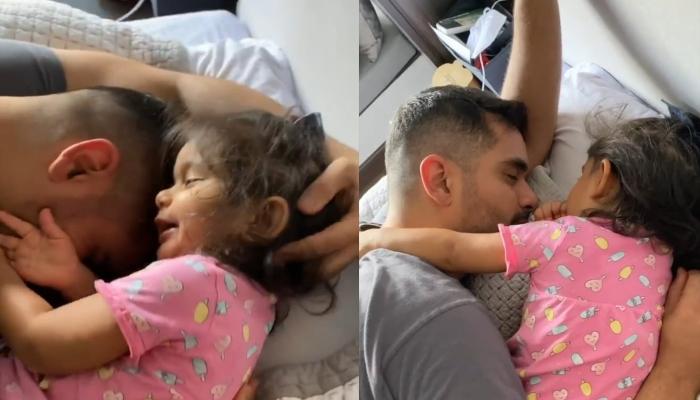 Irrespective of how hard your day was or how tired you are, your little one will turn your frown into a smile in no time. When they gently clasp your finger with their tiny hands, the sight of them sleeping soundly, the rush of love when they smile back at 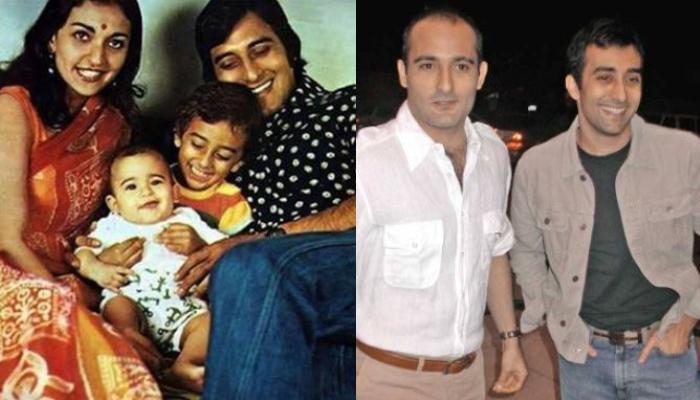 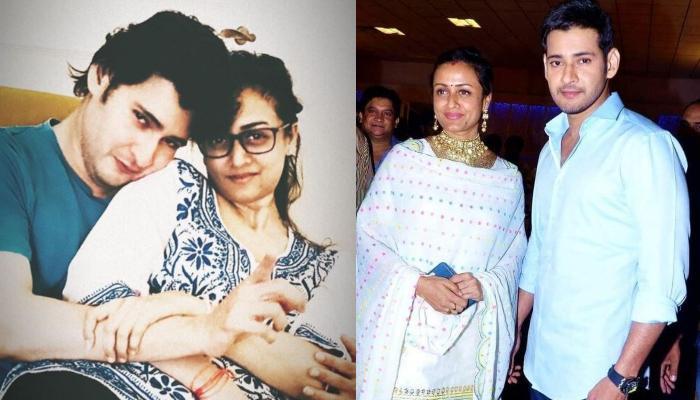