Here's everything you need to know about the world's number one T20 batsman, Suryakumar Yadav's wife, Devisha Shetty, who played the most important role in the cricketer's ride to prominence.

Indian cricketer, Suryakumar Ashok Yadav, commonly known as Suryakumar Yadav is one of the most prolific batsmen in the world. It was on November 1, 2022, when the right-handed middle-order batsman was ranked as the world's number one T20I batsman, courtesy of his thunderous batting style. The cricketer had made his ODI debut for the national side on July 18, 2021, against Sri Lanka, and it was on March 14, 2021, when he played his first T20I match against England for team India.

The cricketer has seen a lot of ups and downs in his career, but the year 2022 turned out to be a game-changer for him as he broke numerous headlines with his scintillating innings for team India in ICC Men's T20 World Cup in Australia. Not only this, but some of the game's greats also compared him with the cricket legend, AB de Villers, which explains everything about his craft and surreal potential. With titles like 'new 360-degree player', after comparisons with AB, no doubt Suryakumar Yadav is going to be a crucial player for the Indian cricket team for years to come. The Indian batsman, Suryakumar Yadav also plays for Mumbai Indians in the Indian Premier League (IPL). However, the cricketer was ruled out of IPL 2022 due to a severe left forearm injury. Nevertheless, there's no denying the fact that Suryakumar Yadav's journey from playing for Parsi Gymkhana club in Mumbai to becoming the first Indian cricketer to score thousand T20 runs in a calendar year is truly remarkable. 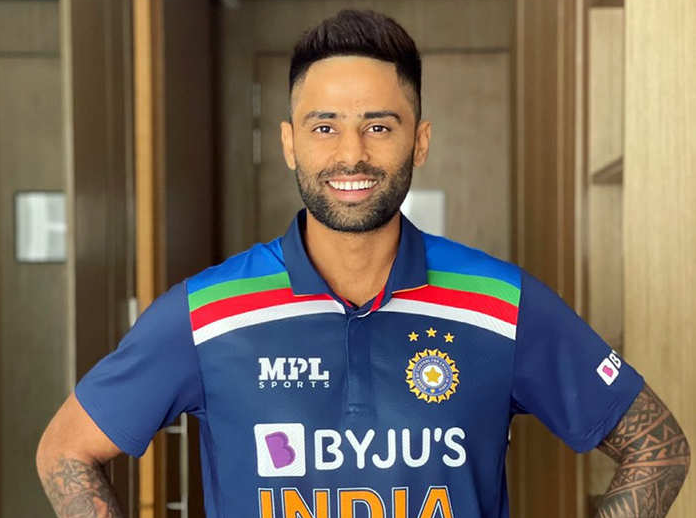 While most cricket fanatics are aware of this success, only a few know about that one person, who kept on supporting, pushing, and inspiring Suryakumar to reach where he is today. The person who deserves huge credit for Suryakumar's success is his wife, Devisha Shetty. It was his wife, who always believed in him, and when the days got darker than the night, it was Devisha, who told him to believe in his potential and dreams. So without further ado, let's know more about Suryakumar's wife, who hardly received the credit she deserves for her husband's incredible success that keeps on rising! The best T20I batsman in the world, Suryakumar Yadav's wife, Devisha Shetty was born and brought up in Mumbai. It was on November 17, 1993, when Devisha was born in an upper-middle-class South Indian family. If the reports are to be believed, right from an early age, Devisha was quite creative and used to try new things out. As she grew young, Devisha developed a deep interest in dance and pursued it full-time, and as of now, she is a renowned dance coach in Mumbai. Apart from dancing, Devisha Shetty also loves baking and cooking, and if the reports are to be believed, she has also become a home baker. Another important thing about Devisha is that she's an animal lover and often participates in events which are organised for the benefit of animals. Besides that, from 2013 to 2015, Devisha also volunteered in the famous 'The Lighthouse Project' that connects working professionals to underprivileged kids. The project's motive was to allow professionals to interact with kids and teach or mentor them about various things. 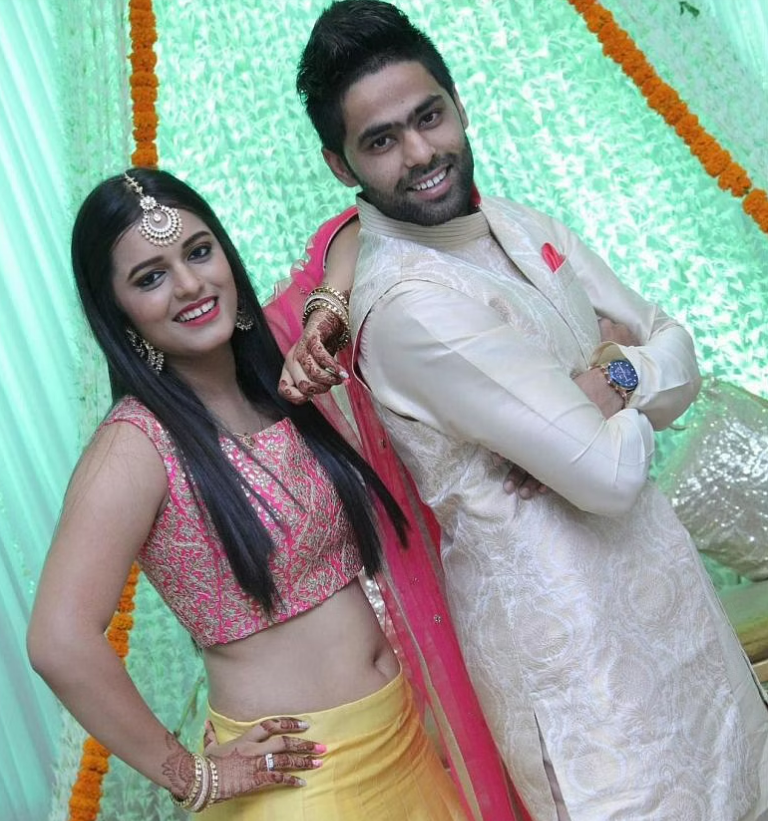 The much-in-love married couple met for the first time in 2012 at their college, R. A. Podar College of Commerce & Economics in Mumbai. After knowing each other through common friends, Suryakumar Yadav and Devisha Shetty started dating, and it was on May 29, 2016, when they had got engaged. 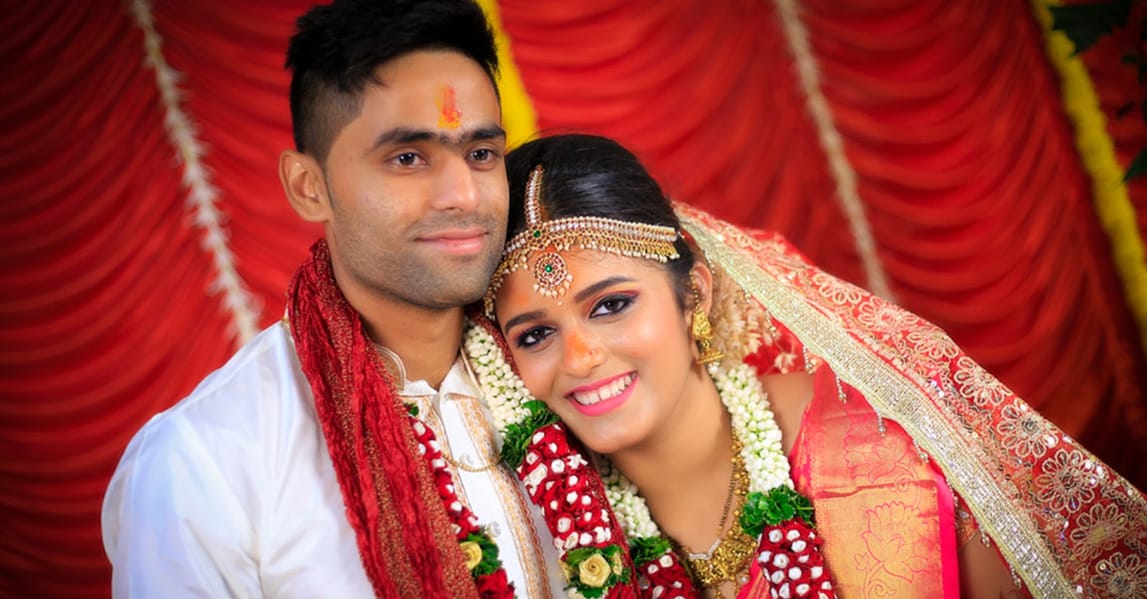 Months after their engagement, the couple got married in July of the same year at a traditional Indian wedding. For their wedding day, while Suryakumar had donned a white-coloured kurta with a white and golden bordered dhoti and safa, Devisha looked stunning in a pink-coloured Kanjeevaram saree. There are numerous reasons and people in Suryakumar Yadav's life, who deserve credit for what he has achieved in his cricketing career so far. However, without a shadow of a doubt, his wife, Devisha Shetty is the only person in the cricketer's life, who has been with him like a rock since their college days, when Suryakumar used to dream about playing for the Indian cricket team. During his inspiring journey, the cricketer suffered both minor and major injuries, but the constant support of his wife from the stands and is the main reason why Suryakumar is where he is today.

You May Like This: Ravi Shastri Got Engaged To Amrita Singh And Later Said He Doesn't Want An 'Actress Wife' 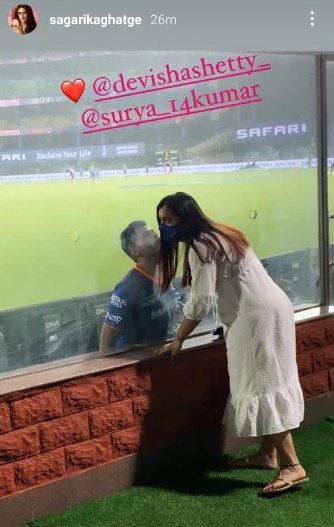 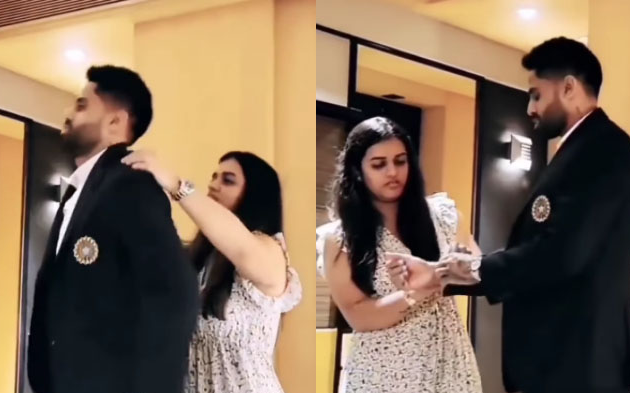 As per the reports, Suryakumar Yadav had always credited his wife, Devisha Shetty, for always motivating him and putting faith in him. During Suryakumar's lowest days, just like everyone else, he had also started doubting himself, but luckily he was blessed with a life partner like Devisha, who held his hand and told him that she believed in him. In the dark times, all we need is someone, who believes in our dreams because that is the time when we are eager to give up. By God's grace, in Suryakumar's case, it is his wife, Devisha, who still continues to have his back during difficult situations. The prolific batsman, Suryakumar Yadav's journey to the top is the epitome of the famous saying and the beautiful reality of our world, 'Behind every successful man there's a woman."