After the initial enthusiasm fades, going to a gym every day becomes a task. On the other hand, yoga becomes monotonous. In the concrete jungle that we live in today, finding space for jogging or running becomes quite tough. But peace of mind, perfect body shape and a healthy lifestyle are what we all want. So, how can we get them all without gymming or jogging? The answer is martial arts.

9 Easy, Quick And Effective Exercises For All Brides-To-Be To Stay In Shape For Their D-Day

Recommended Read: Amazing Reasons Why Partner Yoga Is Great For Your Relationship 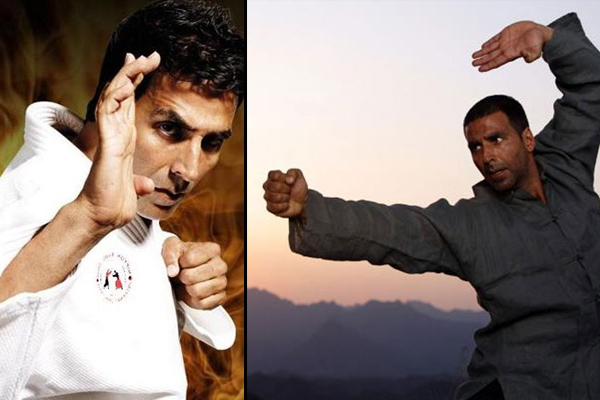 The most common and popular martial art form, Karate was brought from mainland Japan in the early 20th century. Karate is useful for getting in shape, building strength, and also for self-defence. The practitioner uses a series of punches, kicks and strikes against some form of resistance. Your muscles, bones, and joints will slowly turn stronger as you keep increasing the resistance. It’s one of the best ways to tone your upper body. This martial art form is also known for reducing stress.

Revealed: This Is How Vivek Dahiya Proposed To Divyanka Tripathi! 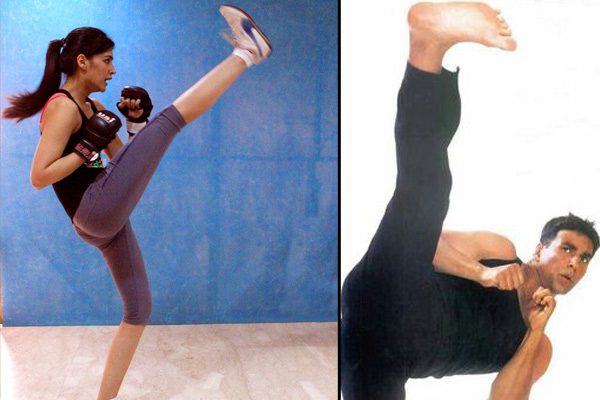 This Korean martial art form is quite similar to karate, but involves more use of legs, with more kicks and less stress on the hands and upper body. Taekwondo is known for toning and strengthening the lower body. This martial art form teaches you physical fighting and improves your awareness about the body and mind. The kicks at the target involve extreme concentration and dedication. The form would help increase your body’s flexibility, using the muscles of your hips, thighs and lower abdomen. Experts say regular practice can even help in avoiding health problems like osteoporosis.

Do Check Out: Madirakshi Mundle Of 'Siya Ke Ram' Is Actually Married In Real Life! 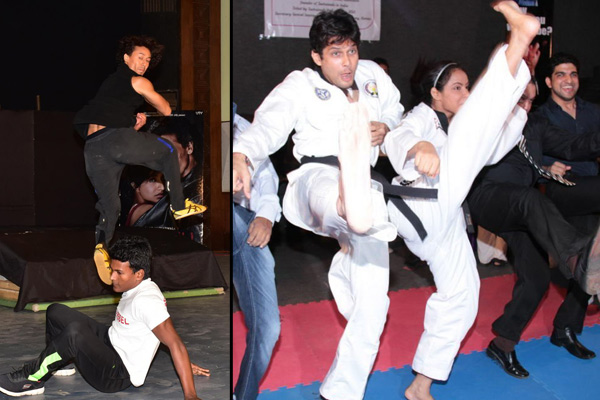 Founded in Japan in 1882, this popular martial art form is much more than a self-defence technique. The form mainly involves holding, throwing, locking and controlling the opponent by taking them down. It basically forces you to defend yourself by leveraging on the size and strength of the person you are fighting with.

Not just that, it is also a very good stress-buster and a full-body cardio workout. There are no kicking and punching involved, Judo is all about lifting opponents and throwing them. Thus, you may end up losing a lot of weight as well as gaining muscles. 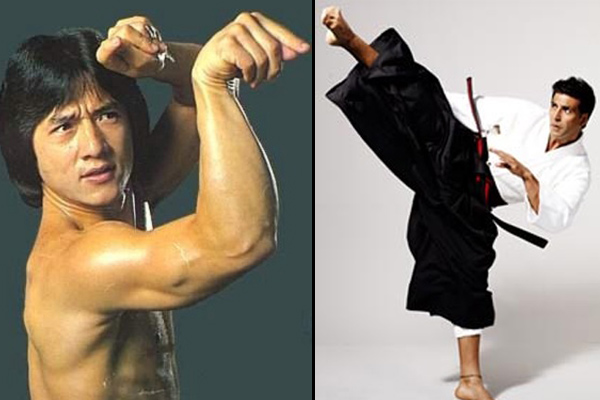 Now, whether you would be selected as a Dragon Warrior or not, this martial art form will definitely help you to be in shape. This high-intensity martial art form helps in improving cardiovascular health. The form involves kicks, punches, jumps, somersaults and dodging the opponent. Constant movement is required in this martial art form, which eventually helps in losing weight. Practitioners say that Kung Fu also helps in curing back problems, cervical spondylitis, knee pains and other body aches.

The form made famous by actors like Bruce Lee, Jackie Chan and Jet Li originated in China some 400 years ago. Several Bollywood celebrities, including Bipasha Basu and Akshay Kumar have also used this form to get in shape. Apart from some self-defence techniques, it helps in cardiovascular training, aerobic exercise and muscle toning. Known as a gentle martial art form, Tai Chi helps in releasing stress. If practiced consistently, it helps in building strength, enhancing endurance and increasing flexibility, which gymming fails to do. Since the form involves movement along with breathing, it is the best martial art form for both internal and external workout.

Studies have claimed that this form of martial art affects metabolism and improves aerobic activity. In addition to this, it is also acknowledged to burn for around 300-500 calories per hour. The concept involves slow and graceful movements, almost like a slow dance form. 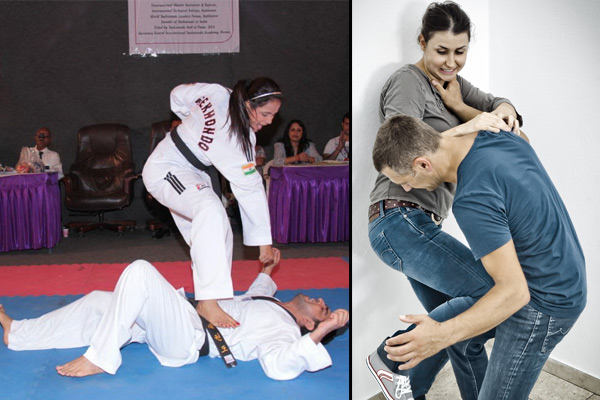 This physically-demanding martial art form focuses on grappling, throwing, sweeping, joint locking, limb manipulating, choking, controlling positions, and ground fighting. It blends both aerobic and anaerobic moves. No kicks and punches are there, it's just sparring i.e rolling, which makes it very different from other martial art forms. Since excessive pressure and exertion are involved, it helps you burn a lot of calories. In addition to this, it also makes your body super-flexible. 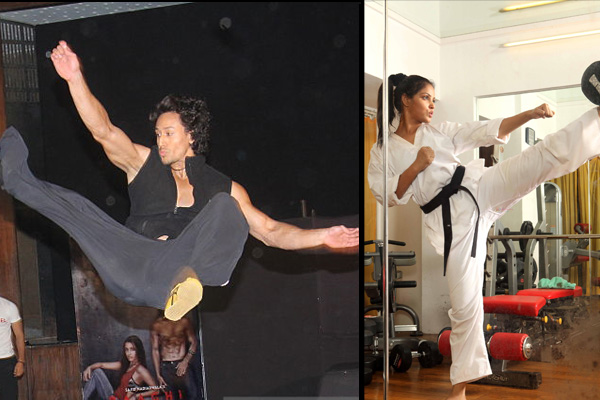 This fun Brazilian martial art form involves a mix of dance, acrobatics and music. The practitioner delivers accurate kicks with speed and fast spins. This is one such martial art forms that involve your core. If you practice this consistently, your body will soon turn into a fine-tuned machine.

This martial art form builds your muscle fiber, enhances blood flow and improves hand-eye coordination. Since the form involves enormous energy, constant repetition of movements and techniques, it is a valuable cardio exercise. And the rhythm of the drum won’t let you get bored anytime soon. 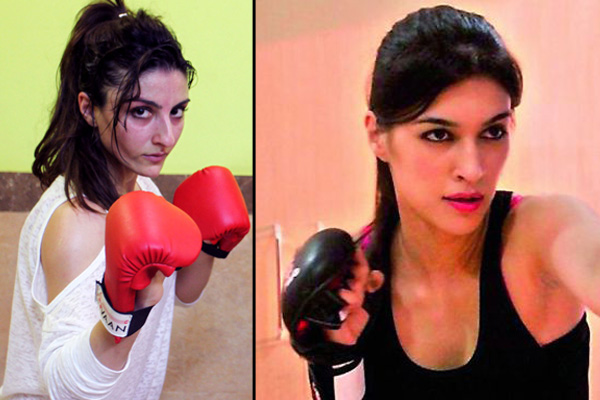 Earlier tagged as a sport, this martial art form is slowly finding fame for fitness and toning body. Practitioners say you burn at least 1,000 calories in one-and-a-half hours. Kickboxing helps in increasing mobility and flexibility as your entire body is in action. Also, the combination of kicking and punching makes it a very good aerobic workout, burning fat and calories quickly. Experts claimed that it is one of the most intensive cardio workouts.

Must Read: Common Concealer Mistakes That Are Ruining Your Flawless Make-Up Look This traditional art form from Kerala is slowly getting recognition. It is one of the oldest martial art forms of India. This form is the most energetic one. This form involves total control and limitless power of the body along with peace of mind. The martial art form is inspired by moves of animals like lion, tiger, snake, elephant and cock. In fact, our B-town beauty Parineeti Chopra also did this martial art form to lose her extra pounds.

We all know about the benefits and challenges of maintaining a healthy body. It’s just a bit of motivation is all what we need. Try these martial art forms and do let us know which one suited you. 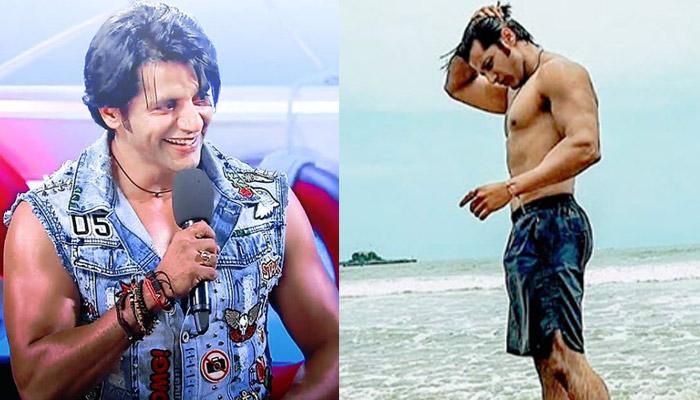 He is one of those telly town actors who is not only loved for his super-talented acting skills, but also (probably more) for his perfectly toned body. He is that ‘tall, dark, handsome’ guy every girl wishes to have as a life partner. Any guesses who we are talking about? Yes, it’s none