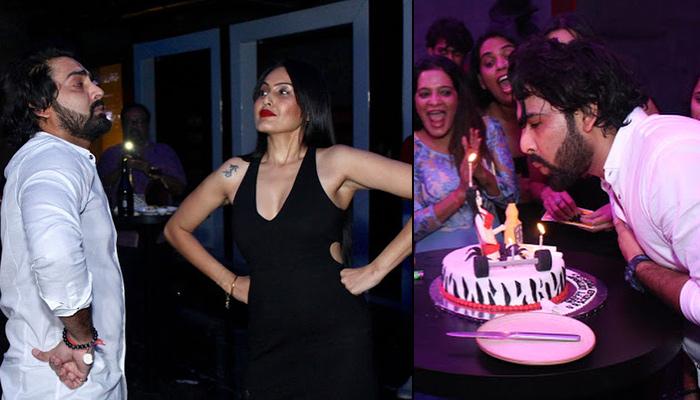 A simple dairy owner from Noida, Uttar Pradesh rose to fame overnight when he won the reality show, Bigg Boss 10. Ever since this desi munda bagged the Bigg Boss winner title, he is reigning the headlines for his professional as well as personal reasons. We are talking about Fear Factor: Khatron Ke Khiladi Season 8 contestant, Manveer Gurjar. (Also Read: Kamya Punjabi Wishes Alleged Boyfriend, Manveer Gurjar Happy 31st B'Day In The Most Inspiring Words)

Looks like her wish got fulfilled, and Kamya and Manveer finally have a pic together from his birthday bash. Kamya shared the picture on Instagram and captioned it, “Finally a pic with Gurjar sahab  @imanveergurjar happy happy raho hamesha aise hi..!!! Chalo phir se at #thehouseofmirabella soonnnn”.

Before the grand birthday bash, Manveer visited an old age home on his birthday and shared pictures from the celebrations. He captioned the pics as, "Naa ghar hai aur naa gharwaale par chehre par muskurahat hai... well wat are we crying for? Thank you for being a part of this day.. thank you for bringing a smile on my face... u all are rockstars, survivors, inspiration... i m so loss of words here... thank you #Blessed #Gratitude #andhakshiashram its a happy happy birthday".

Meanwhile, Manveer took his social media handle to share the glimpses of his rocking birthday party and captioned them, “Blessed to have such amazing friends! Thank you all for this wonderful surprise, cudnt have asked for a better birthday! Let the party continue #thehouseofmirabella #birthdaybash”.

Manveer’s friends and alleged girlfriend, Kamya Punjabi had organised a surprise birthday party at Mirabella, Andheri for the birthday boy. Manveer shared a video of him entering the venue, and captioned it, “Ye to bus Trailer hai Picture abhi baki hai...... after all it was my birthday & was a very happy one!!! #surprise #thehouseofmirabella” (Also Read: Kamya Punjabi Talks About Her Alleged Affair With 'Bigg Boss 10' Winner Manveer Gurjar)

Manveer also grooved to his favourite number by Sapna Choudhary, Teri Aakhya Ka Yo Kajal and the video went viral on all his fan pages. Check out the video here:

Amongst so many pictures and videos from Manveer Gurjar’s birthday bash, what caught our attention is his birthday cake! It is the most unusual adult birthday cake with scotch, dumbbell, cigarettes and a woman designed on it and written on it was, “Happy Birthday, U R Screwed Manveer!!” Check out his birthday cake: 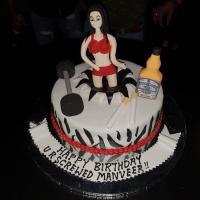 For the uninitiated ones, Shakti - Astitva Ke Ehsaas Ki actress Kamya and Bigg Boss 10 winner, Manveer met at a mutual friend party in 2017 and since then, the rumours of them dating started doing the rounds. They are often spotted spending quality time together, but they are tight-lipped about their alleged relationship.

When asked about her relationship with Manveer, Kamya replied to a media portal, “We are great friends and nothing else. While he was in the house, I supported him and appealed to my fans to vote for him. We met after he won Bigg Boss and formed a great rapport. From the time I got nominated for Gold Award, he has been constantly appealing for votes and got so many of his friends to vote for me. Thus, when I won, I thought of thanking him. He is really sweet and very special to me.” 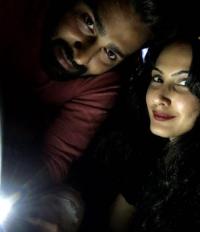 When probed if their friendship could turn into love, Kamya went on to say, “Not at all. In bold letters, we are only FRIENDS, so do not read more to that. It’s solely a mutual admiration club between me and Manveer.”  (Also Read: Manveer Gurjar Opened Up About His Failed Marriage And How His Wife Used To Blackmail Him)

Manveer was also accused of hiding the fact that he is married, and his fans started questioning his genuineness after he acclaimed that he ran from his own mandap before even he met the bride. But the pictures got leaked of his ghurhchadi ceremony, contrary to what he shared on the show. 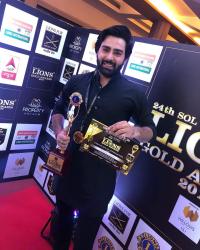 What do you think of Manveer Gurjar’s unusual birthday cake? Do let us know in the comments section below! 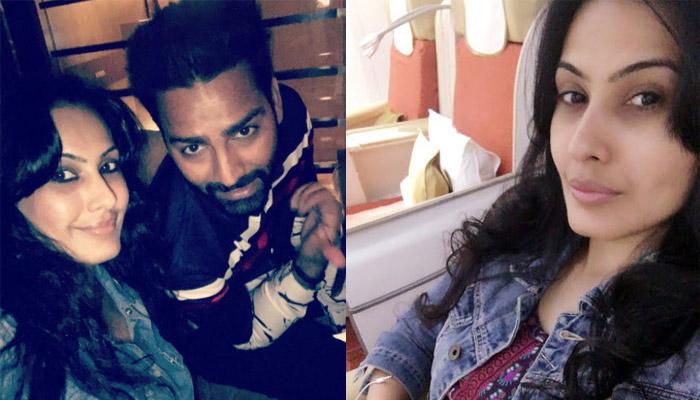