Mansoor Ali Khan Pataudi and Sharmila Tagore’s love story is an inspiration to millions. But do you know, Tiger Pataudi was head-over-heels in love with a Bollywood actress before marrying Sharmila! 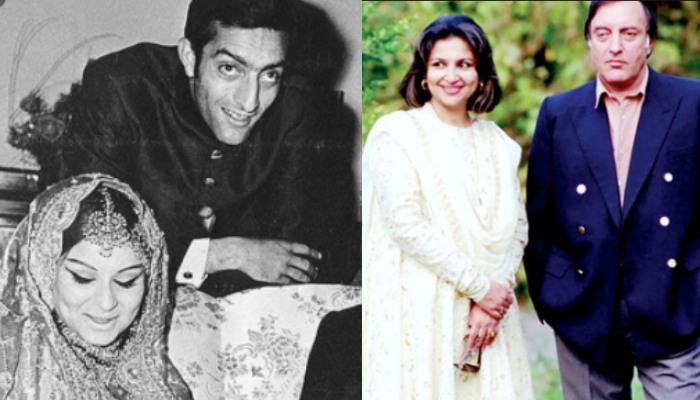 Everything is fair in love and war and when a couple is truly in love, societal norms and conventions just become baseless. We have often come across many such love stories but there are some love stories, which would always be etched in history. And one such love story was of the legend of Indian cricket, Mansoor Ali Khan Pataudi and the diva of Bollywood in the 60s and 70s, Sharmila Tagore. Cricket and Bollywood are two of the most glamourous industries and when the most handsome cricketer, Mansoor had fallen in love with the stunning Sharmila, the world waited with bated breaths. (Also Read: When Royal Met Regal: Everything You Need To Know About Saif And Kareena's Love Story)

Mansoor Ali Khan Pataudi was the youngest captain of the Indian cricket team and Sharmila Tagore was the first Indian actress to break the taboo and pose in a bikini. Sharmila was a true cricket fan, whereas, Mansoor had no idea about Bollywood. The two had met each other through a common friend. Although they were attracted to each other, but the Bengali beauty took four years to say ‘yes’ to Mansoor. And once their love bloomed, the two were inseparable. There were many hurdles in their relationship but the two had broken all the conventions to be with each other. On December 27, 1969, Mansoor and Sharmila had gotten married and it was a royal affair.

But when Mansoor Ali Khan Pataudi aka Tiger Pataudi had met Sharmila, he was already dating the gorgeous Simi Garewal. Tiger Pataudi’s personality was such that any woman would fall madly in love with him, but he was head-over-heels in love with Simi. From cricket matches to attending events, the two were inseparable. With Simi’s elegance, class and style, she seemed the perfect fit for the role of begum. There were also reports that the cricketing circle was waiting for Mansoor to announce the date of their wedding. But destiny had other plans as fate had it, Pataudi had met Sharmila.

But being a true gentleman, he was entitled to break his relationship with Simi before marrying Sharmila. As per a report in The Times Of India, Mansoor went to Simi’s apartment to tell her about Sharmila. Seeing Mansoor, Simi had offered him a lemonade but before taking a sip of it, he said, “I’m sorry but I want to make it clear it is over between us, I’ve met someone else.” But somehow, Simi knew what was coming and had changed the topic and had offered more lemonade to him. He had refused and had told her that he had to go. Being dignified woman, Simi didn’t make a scene and accompanied him to the elevator. Mansoor had insisted her not to come, but she went out with him and saw Sharmila waiting near the elevator. The two ladies kept looking at each other in silence. (Also Read: Dilip Kumar Recalled How Time Stood Still When He Saw Saira Banu At A Party And Fell Madly In Love)

In the 90s Simi hosted the popular talk show, Rendezvous with Simi Garewal and had invited her ex- Mansoor Ali Khan Pataudi and his wife, Sharmila Tagore. They didn’t mention anything about the past and had maintained their dignity. But Simi had written on her website her meeting with the Pataudis and it could be read as “The Pataudis and I go back a long way. Mansoor and I dated each other when he was the India Captain. He was always easy going and would come to my shoots - much to the delight of the film unit! Sharmila Tagore and I were social friends and colleagues. And then of course they met -and you know the rest!”

She had further added, “So, this Rendezvous was a meeting of old friends - catching up on the years between -and enjoying the moments of our reunion. I found Mansoor hadn't changed at all! He had grown into a wise, rational person. Very honest and still retaining the Sharmila Tagore charm.”

In the 60s and 70s, there was a pre-conceived notion that marriage with someone from a filmy or cricketing background would not last long. And in Mansoor and Sharmila’s case, religion was also a major hurdle as she belonged to a Bengali family and he was a Muslim. But to marry the Nawab, Sharmila had converted to Islam and had become Ayesha Sultana. Bets were placed that their marriage would not last but the duo had defied all the odds. (Also Read: From Neighbours To Soulmates: Untold Love Story Of Dhirubhai Ambani's Daughter, Deepti And Duttaraj)

Well, there is no doubt that Mansoor Ali Khan Pataudi and Sharmila Tagore are the most inspirational couple.