Manoj Bajpayee is happy to be with his family in the hills of Uttrakhand ahead of his 51st birthday in lockdown. Find out!

Being in love is the most magical feeling in this world and it becomes even more beautiful when you spend your entire life with your forever. However, it takes consistent efforts from both the partners to make a relationship a forever one. From balancing work to taking out time for each other with little surprises is like the oxygen of a relationship. We have so many couples in the glamour world, who have inspired us with their married life. However, there’s one couple, who doesn’t like to be in the limelight but is an epitome of a perfect relationship and that power couple is none other than Manoj Bajpayee and Shabana Raza. (Recommended Read: Pooja Bhatt Shares Photo With Shaheen Bhatt And Mahesh Bhatt, Soni Razdan's Comment Is Pure Gold)

In recent years, we have seen Manoj and Shabana coming out more in interviews or on social media to give us glimpses of their true love for each other. From sharing adorable pictures on Instagram to showering their love on their daughter, Ava. The couple is known for giving major relationship and parenting lessons to the millennials. However, right now the family is stuck in Uttrakhand because of the ongoing COVID-19 pandemic. 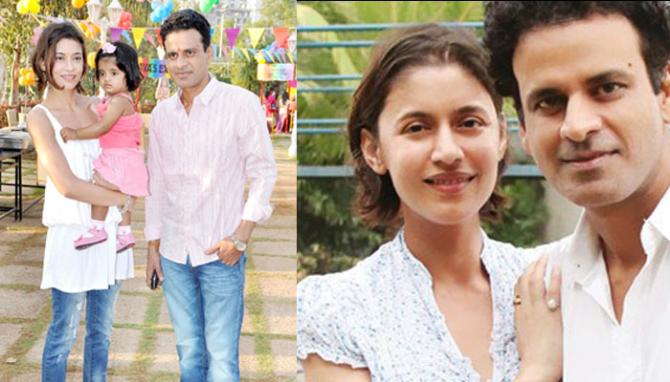 Recently, in an interview with the Mumbai Mirror, the actor revealed that right now he is stranded in Uttrakhand with his wife, Shabana and daughter, Ava ahead of his 51st birthday. He said, “I am in the hills with my family. There can be no better setting.” Going further in his statement he also revealed that there’s a supreme lack of human contact in the remote location. He added, “The only problem is that we’re not allowed to go out of the compound here, and as all the houses are far apart from each other, there is hardly any human contact.” The actor has also shown his concern towards his and wife, Shabana’s parents, who are in Delhi all alone without them. Because of the constant rise in the number of cases in the capital, the actor has revealed his thoughts on the same and said, “We are constantly in touch with them and have asked friends to check on both our parents.” (Take a look: Janhvi Kapoor Bakes A Carrot Cake For Sister, Khushi Kapoor, Her Reaction Will Make You ROFL) In an interview with the Hindustan Times, Neha had opened about how she had met Manoj. Talking about the same, she had stated, “Manoj and I have known each other for 10 years. I met him right after Kareeb was released. And since then we've been together. We're individuals and yet a compatible couple.” In the same interview, Neha had also revealed how she is happy being Mrs Manoj Bajpai and why she had withdrawn from acting. She had stated, “I've always been passionate about acting. But I couldn't go role hunting from door-to-door in producers' homes. Maybe that was a drawback in me. After a while, when the right roles stopped coming, I withdrew from acting and was just happy being Mrs Manoj Bajpai.” 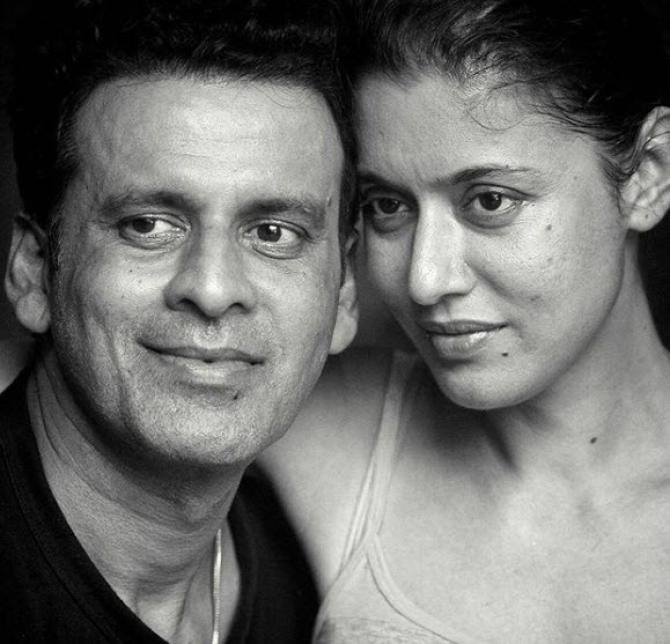 Just like every doting father and husband, Manoj Bajpayee never skips a chance to shower his immense love on his wife and daughter on social media. Well, for the uninitiated, Manoj’s wedding anniversary and their daughter’s birthday falls on the same day. Thus, on February 23, 2020, Shabana and Manoj had completed 14 years of their marital bliss with their daughter, Ava Nailah’s birthday. The actor had taken to his Instagram handle and had shared some beautiful pictures of his daughter, Ava and wife, Shabana. Along with the pictures, he had written a beautiful note which could be read as “And she turns 9 today...!!! Love you, Ava, to eternity always!!! It’s our marriage anniversary too!!! Celebrating life!! Forever thankful for our blessings!!!” Take a look. (Also Read: Monali Thakur Posts An Adorable Message For Boyfriend, Maik Richter On Their Third Anniversary) Bollywood actor, Manoj Bajpayee had won his first National Award back in 1999 for Best Supporting Actor for his iconic character of Bhiku Mhatre in the blockbuster film, Satya. Later in 2004, the actor had bagged his second National Award for his impressive performance in the period drama, Pinjar. However, the actor