We don't need Internet trolls as our sisters are enough to troll us. Scroll down as Malaika Arora shows off her sassy 'didi' side and trolls her sister, Amrita Arora for copying her pose! 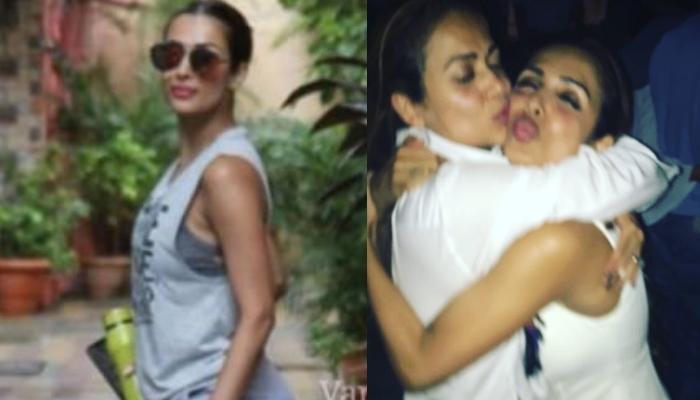 From being our best friends to being our biggest fashion critics, sisters can never stay apart. When you fall they will hold your hand after laughing their hearts out, but in the end, they will pick you up from all your lows and will celebrate when you get your wings. A similar kind of relationship is shared between sassy Arora siblings - Malaika Arora and Amrita Arora. (Recommend Read: Sunny Leone's Twins, Asher And Noah Run To Wave 'Hi' To Media Leaving Her Hands, Remind Us Of Taimur)

Malaika and her sister, Amrita are spotted either outside the gym or chilling out with their girl tribe. And while we love how the sibling duo sets fashion goals at their numerous outing, we just cannot get over the fact that they can even troll each other. 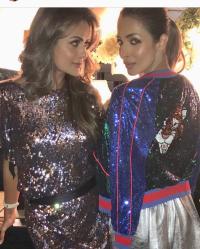 Recently, Malaika and Amrita were spotted outside the gym and before entering the gym they posed for the paparazzi. Later, Malaika took the opportunity to troll her little sister and accused her of copying her pose. She shared a collage of the same on her Insta story and wrote, "Why are you copying pose?" Take a look at the picture below: 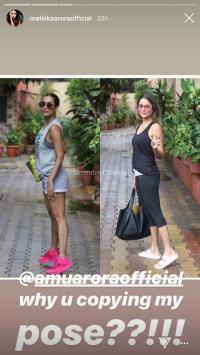 In an earlier interview, Amrita had talked about her bond with Malaika, and had shared, "I am extremely close to Malaika and the bond we share is unexplainable. We co-depend on each other and are only happy for each other's success. I just can't do without her. We are always there to help and motivate each other. Like success, we share our failures as well." 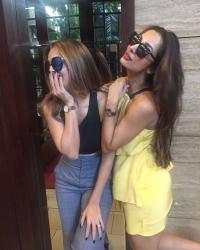 Currently, Malaika Arora is in a happy zone as she is in love with Bollywood's handsome hunk, Arjun Kapoor. In an interview with the Bombay Times, she had talked about her relationship, and had stated that it doesn't make her any less of a mother, "Having a relationship doesn't change anything for me as a parent. I'm still my son's concierge service for everything like every mother is. How am I any less of a mother then? In fact, as a single parent, you tend to overcompensate to ensure the kid doesn't feel an absence in his life. Arbaaz and I have parted as a couple, but we make sure nothing affects our son. It's a lot better this way. For the rest, time is the best healer." (Also Read: Splitsvilla Star Subuhi Joshi's Friends Had Always Warned Her About Ex-Sidharth Sagar, Here's Why)

Arjun had also opened up about his bond with Malaika, and had shared, "We’ve come out because we feel the media has given us dignity. There’s a certain understanding the media has… they’ve been respectful, kind, honest and decent about it. That is why I felt comfortable. You recoil when there’s a certain “gandhagi” that comes with the territory. When purposely people irk you by saying, writing or asking a thing, there hasn’t been any of that. Where the paps are concerned, we give them photos when walking in and out of a place. It is normal." (Don't Miss: Arjun Kapoor Makes Fun Of Chachu, Anil Kapoor By Posting A Hilarious Comment On His Latest Pic)

Well, we love Malaika and Amrita's cute sibling bonding over social media! What about you?