Arjun Kapoor and his legendary actor chachu, Anil Kapoor's equation is known to all. They are not those usual kind of uncle and nephew duo, and their bond speaks volumes of love.

Bollywood’s handsome hunk, Arjun Kapoor and his even more handsome chachu, Anil Kapoor make the coolest and probably the best chacha-bhatija jodi. We have a long list backing the reason why we are saying so, but their chillax attitude and bindaas style have always given them the brownie points. They not that usually kind of chacha bhatija. (Also Read: Splitsvilla Star Subuhi Joshi's Friends Had Always Warned Her About Ex-Sidharth Sagar, Here's Why)

People grow older with each passing year, but Anil Kapoor is growing younger every year and hardly anyone would disagree with us here, right? Moreover, his social media game is also getting better every day. Anil is very active on social media and puts amazing captions to his posts. July 24, 2019, was no different when he shared his pictures along with a self-flattering caption. And then came the bhatija to pull his leg! Yesterday, on July 24, 2019, Anil had shared a couple of pictures of himself, wherein, he can be seen in his suited-booted avatar, looking absolutely amazing. In the caption, Anil sounded self obsessed as he had worded his post as, “I could add some deep quote here but let’s be honest I just wanted to post some good looking pictures of myself. #loveyourself #Iammyownmotivation.” His honest flattery of himself invited a tongue-in-cheek comment from none other than his nephew, Arjun who commented, “And u say I ruin ur reputation... just see this post.” To which, Anil replied, "I think the pictire and caption says it all. I have no regrets." Take a look at the pictures and the screenshot of the comments: 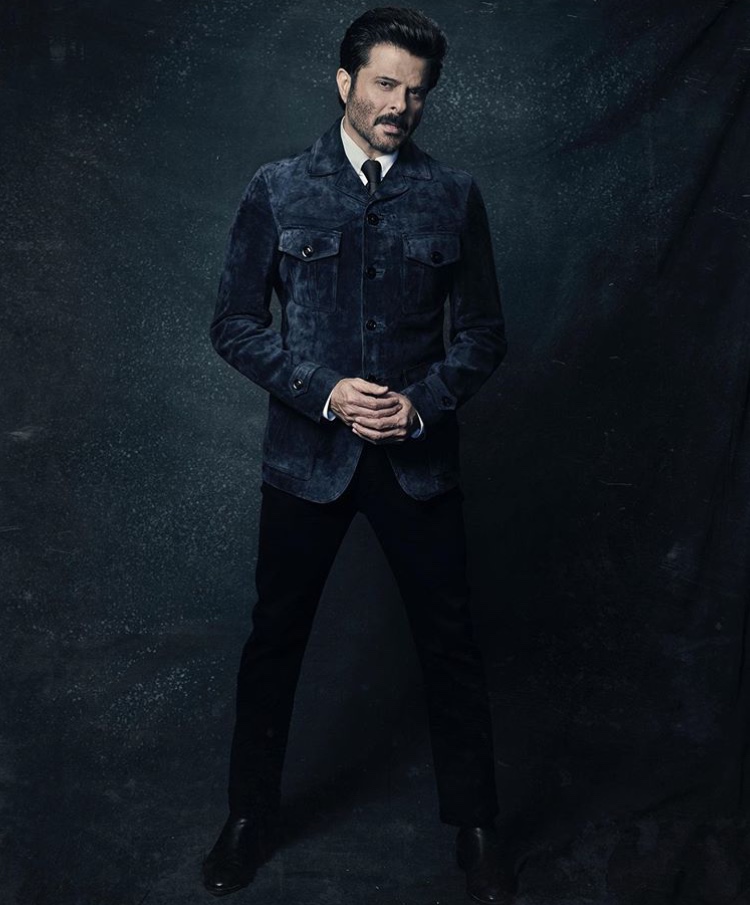 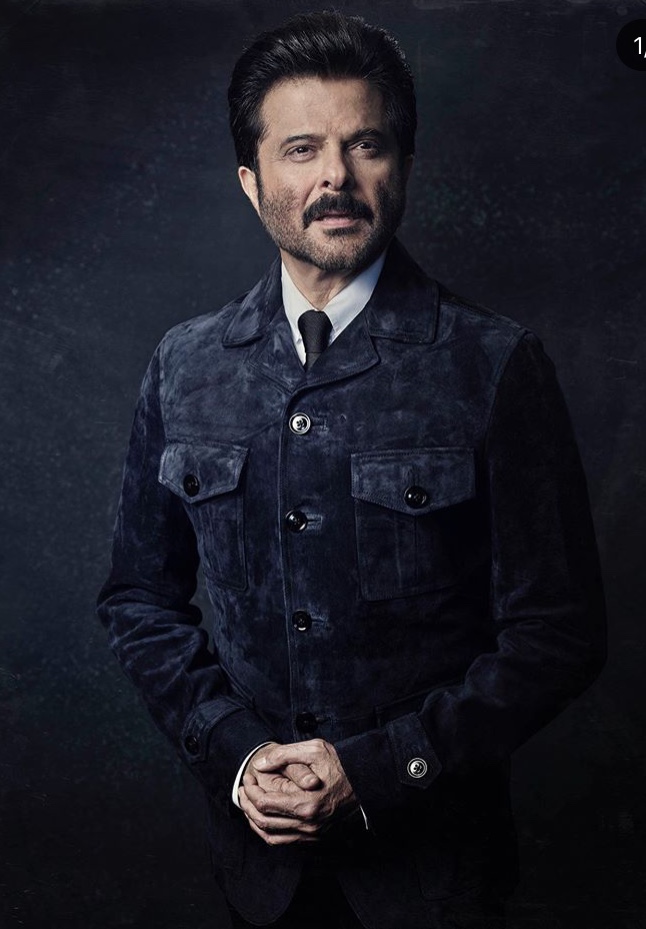 Anil’s daughter, Rhea too had commented on this post and wrote, “So handsome dad,” followed by a heart emoji.” To this, Anil replies, “@rheakapoor I shamelessly agree,” followed by a laughing emoji. Take a look:

On June 26, 2019, which happened to be Arjun’s birthday, the doting chachu had taken to his social media account to wish him. Sharing a lovely picture collage, Anil had penned, "Happy Birthday, Chachu!!! @arjunk26 You make us so happy everyday! Always giving your 100% to everything! You're all heart! I hope you keep rising higher & overcome every obstacle and reach the success you deserve! Love you!" (Checkout: Sunny Leone's Twins, Asher And Noah Run To Wave 'Hi' To Media Leaving Her Hands, Remind Us Of Taimur) On the other hand, on December 24, 2018, when Anil turned a year older, Arjun had penned a heartfelt birthday wish for him on his officials Instagram handle. He had written, "The maddest man-child who’s 26 going on 62 !!! Janamdin Mubarakan !!! It’s been a privilege to be ur nephew & an honour being ur co-star... @anilskapoor#whataplaya #chaiwaala#slumdogmillionaire #jhakaas#agelesswonder.” 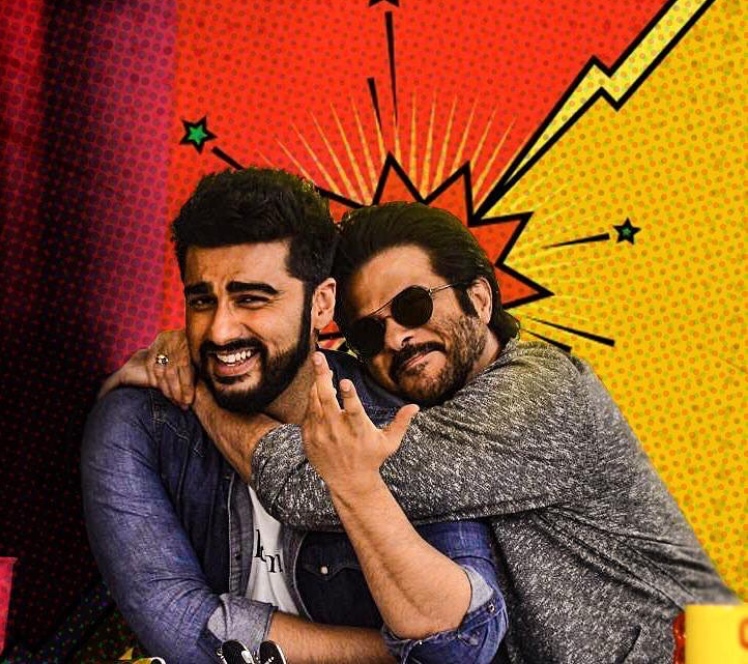 Talking about their equation, Arjun had revealed to the DNA that they are not that typical chacha-bhatija jodi. The Ishqzaade actor was quoted as saying, "We are not the typical chacha-bhatija. We are like brothers, friends, chacha-bhatija, all together. More often we are like brothers where he is the younger one and I am the older one! He calls me Arjun chachu and I call him Anil chachu. It's always been like this. You can't fake it with with your family." (Do Read: Ram Kapoor And Wife, Gautami Kapoor Had Rejected 'Nach Baliye' Four Times Due To A Valid Reason) 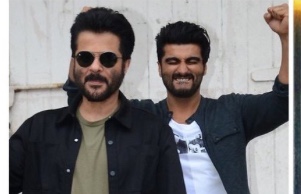 Commenting on Arjun Kapoor’s relationship with Malaika Arora Khan, Anil had shared in a December 2018 interview, “I know him very well. Whatever makes him happy, makes me happy. I don’t want to comment on anything as that’s personal. Whatever he does. We all family members have believed in that whatever makes the other person happy, makes us happy.” For the ones who don't know, Arjun Kapoor and Anil Kapoor have worked together in Mubarakan. Talking about the same, Anil had once shared with PTI,  "It has been a wonderful and emotional experience working with Arjun. Someone asked me if there was a rivalry between you two on sets, because you're relative. He's my brother's son. In fact, he's like my own son. But I never call him Arjun, I call him 'Arjun chachu'." (Also Check: Kapil Sharma Finally Confirms Wife, Ginni Chatrath's Pregnancy, Reveals Who Is More Excited For Baby)

What do you guys have to say about this funny comment by Arjun on Anil's post? Do let us know! 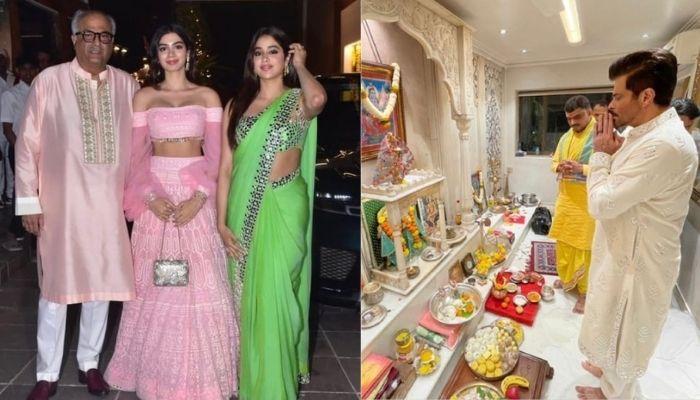 While the year 2020’s Diwali was all about intimate family gatherings owing to COVID-19, this year’s Diwali witnessed some grand parties hosted by many celebrities. From a party at Soha Ali Khan’s house to a bash hosted by Ekta Kapoor, the glamour world was twinkling with the fancy outfits of the