Marriage is one of the biggest milestones in a woman's and Kamya Panjabi's is enjoying every moment of being married with the love of her life, Shalabh Dang. Scroll down to see her reception video!

A woman's life changes the moment she gets the 'missus' tag. She has to leave her entire world behind in order to create a new name for herself and be the adarshwadi bahu and wife at her husband's place. But with the right man, the entire phase of settling in a new home becomes a bed of roses. And television actress, Kamya Panjabi found her 'mister right' in her husband, Shalabh Dang. The actress is enjoying every moment of being 'Mrs Shalabh Dang' and her reception video shows her excitement. (Recommend Read: Newly Married Kamya Panjabi's Ex-Boyfriend, Karan Patel Reacts On Her Wedding With Shalabh Dang)

For Kamya and Shalabh, this is their second marriage but it looks like as if they were also made for each other. A few days ago, Kamya's husband, Shalabh had shared a heartfelt note for his step-daughter (Kamya's daughter from first marriage) on his Instagram handle. He had written, "I always wanted my second child to be a baby girl I am so lucky and a big thank you @panjabikamya for fulfilling my dream. A happy compete Family  #shubhmangalkasha" 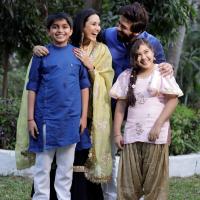 On February 18, 2020, Kamya took to her Instagram handle and posted a video from her fun-filled reception bash. In the video, we can see Kamya dancing her heart out with her hubby to posing for pictures. Along with it, she wrote, "#shubhmangalkasha Aisa pagalpann toh hona hi tha aakhir party kiski hai #kamyashalabh @shalabhdang @theglamweddingofficial." Check it out below:

In a post-marriage interview with the Bombay Times, Kamya had opened up on her wedding and had shared, "I wanted my marriage to be an intimate affair with only our families and close friends in attendance, besides it was held in a gurdwara. However, I also wanted to celebrate the new beginnings of my life with all those who matter to me and so, I hosted a reception (which took place last night). I didn’t want it to be a typical affair where the newly-weds stand on stage and meet and greet the guests. I wanted to be as involved as possible and dance to my heart’s content."  (Also Read: Teejay Sidhu Pens An Emotional Note On Being A Mother To Her Twin Daughters, Bella And Vienna) The actress had further talked about her honeymoon plans and had said, "We haven’t zeroed in on a destination, as we are still caught up with the wedding and post-wedding rituals. It will happen in March."

On February 13, 2020, Kamya had shared a liplock picture with hubby, Shalabh from their wedding reception bash. Along with it, she had captioned the picture as "So here is my fav one from the party. @shalabhdang", followed by a heart emoji. In the picture, we could see her sharing a beautiful kiss with her husband, Shalabh. It was a perfect way to describe her love for her 'Mister Right'. The actress' husband, Shalabh had also reposted the picture and had written, "Biwi ho to Aisi." (Don't Miss: Sara Ali Khan Revealed How Mommy, Amrita Singh Stopped Her From Faking A Cardiac Arrest) 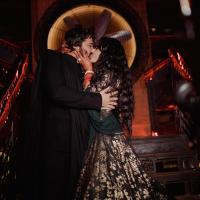 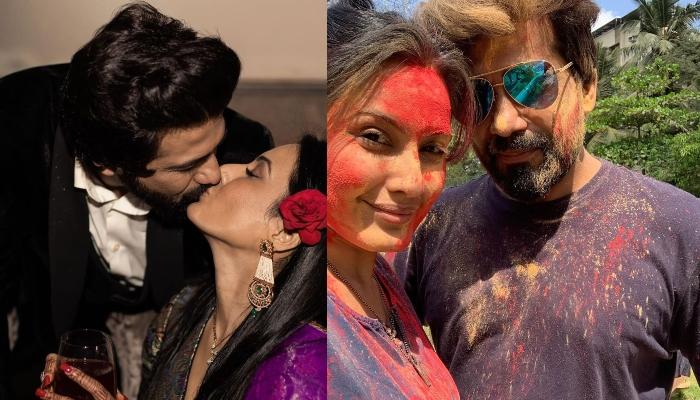 The festival of colours, Holi brings back the zillions memories from our childhood. It was no less than war as our one wrong step can make us the target of a water balloon fight. It was a perfect time to gang up and create a team with the best shooters