Bharti Singh and Haarsh Limbachiyaa are expecting their first baby in April 2022. Ahead of it, Bharti hosted a surprise birthday party for her husband. Check out!

Bharti Singh and Haarsh Limbachiyaa’s life is all set to change in a few months as they are expecting their first baby in April 2022. After years of wait, Bharti and Haarsh are finally experiencing a rollercoaster ride of pregnancy. It was in December 2017 when Bharti and Haarsh had tied the knot, and since then, we are drooling over their fun-filled chemistry. On Haarsh’s 35th birthday, his pregnant wife, Bharti, hosted a surprise party for him.

On January 30, 2021, to mark the 34th birthday of Haarsh Limbachiyaa, his wife, Bharti Singh, had posted a wish for him on her social media handle. Bharti had posted a solo picture of Haarsh, looking dapper in a black kurta and jacket, from the sets of the reality show they had hosted together and had captioned it as “Happy birthday my lifeline @haarshlimbachiyaa30 I love you soooooo much.” Bharti had also posted a couple of pictures with Haarsh on her IG stories and had written, “Happy birthday my heartbeat” atop one and had added a ‘Happy Birthday’ sticker on the other one.

Also Read: Mira Rajput Got Trolled For Her Dressing Sense As She Went On A Dinner Date With Hubby Shahid Kapoor 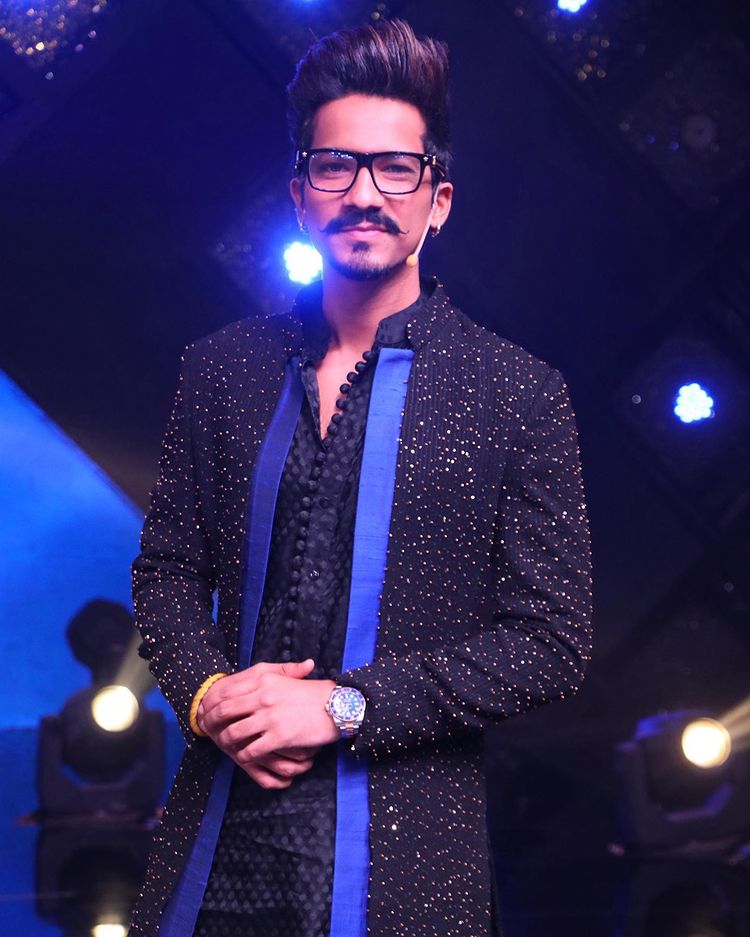 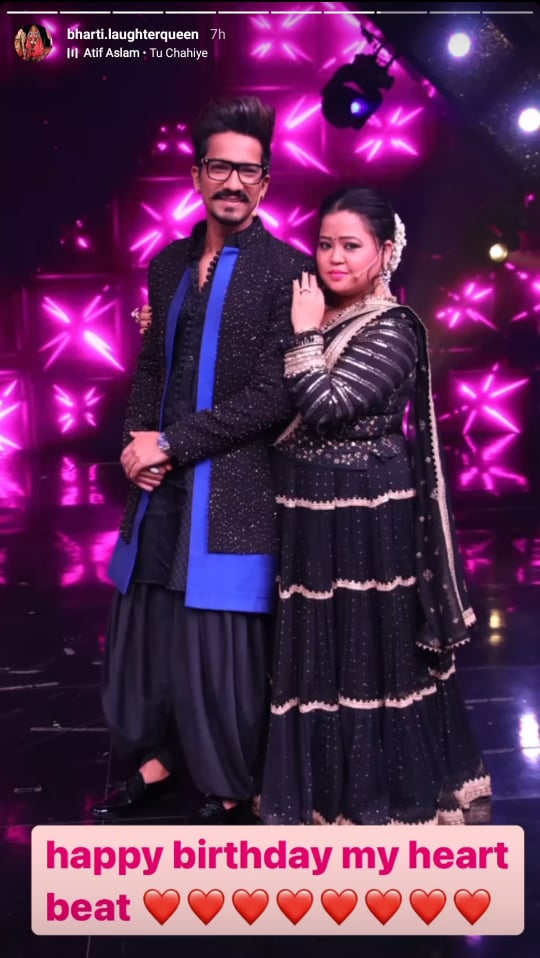 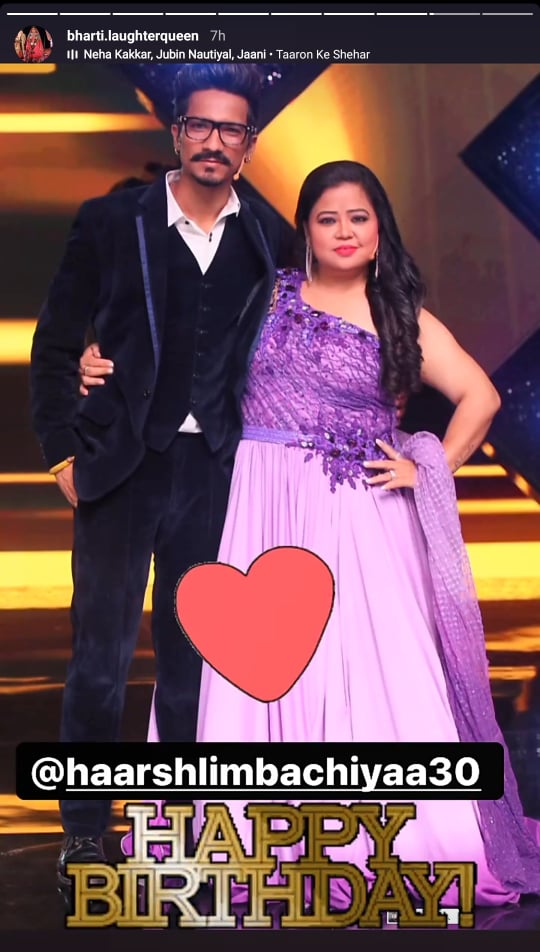 As Haarsh Limbachiyaa has turned 35 on January 30, 2022, his wife, Bharti Singh had arranged a surprise party for him. Now, a few hours back. Bharti shared her PR, Dinky Nirh’s post on her IG stories, giving a glimpse inside Haarsh's birthday bash. For the party, Bharti and Haarsh can be seen twinning in blue as she wore a shirt dress, and he wore a blue jacket with a white t-shirt and blue denim. Their house was decorated with balloons in the shades of blue and grey, and a board with ‘Happy Birthday Haarsh’ written on it. A table with Haarsh’s birthday cakes was decorated with balloons and plants. Her PR wrote along with the photos:

“Cheers to your special days When @bharti.laughterqueen suprised @haarshlimbachiyaa30 on his birthday!” 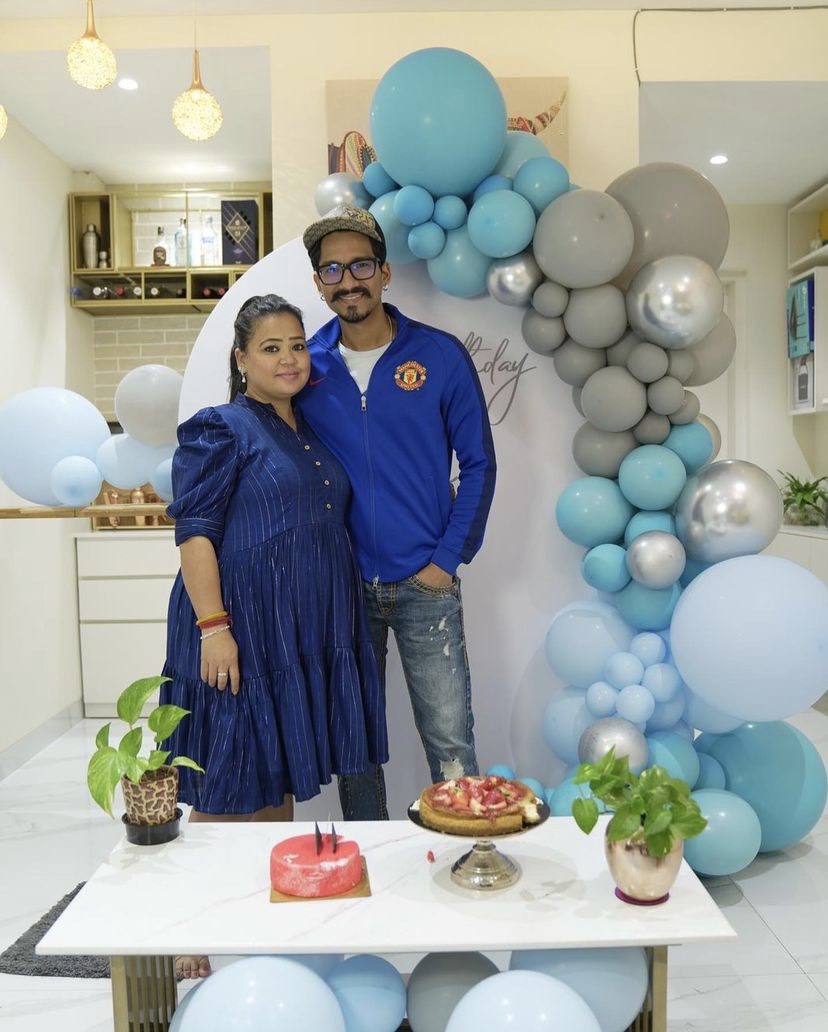 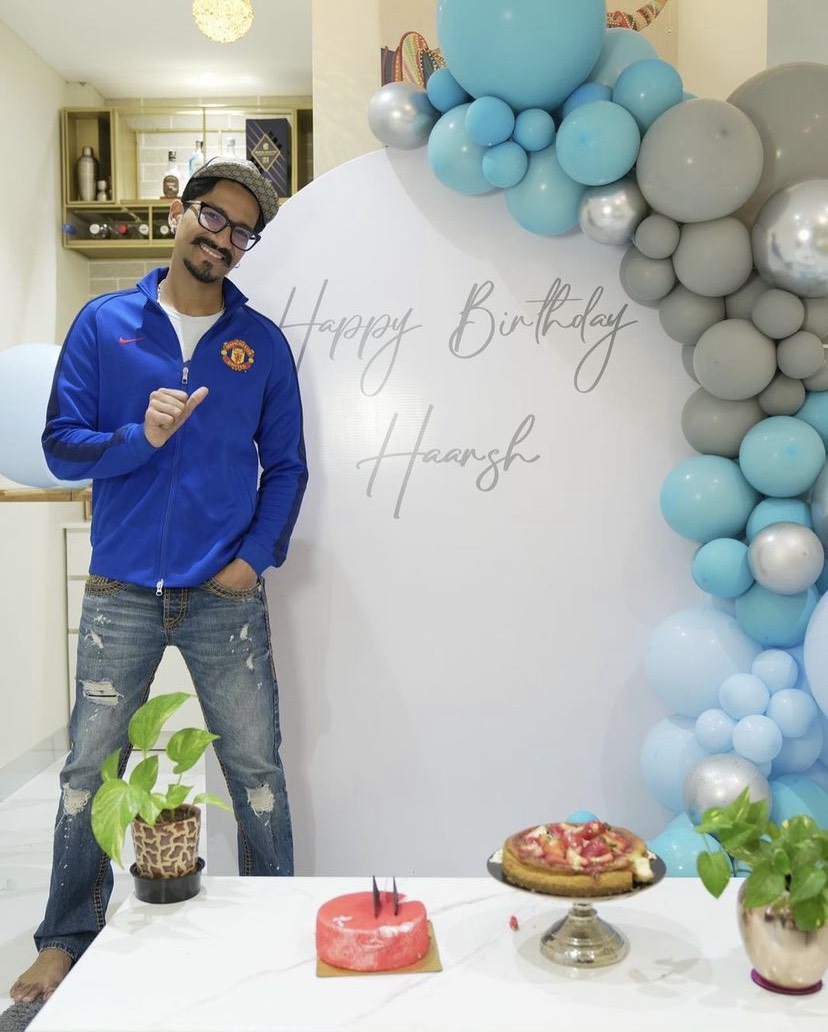 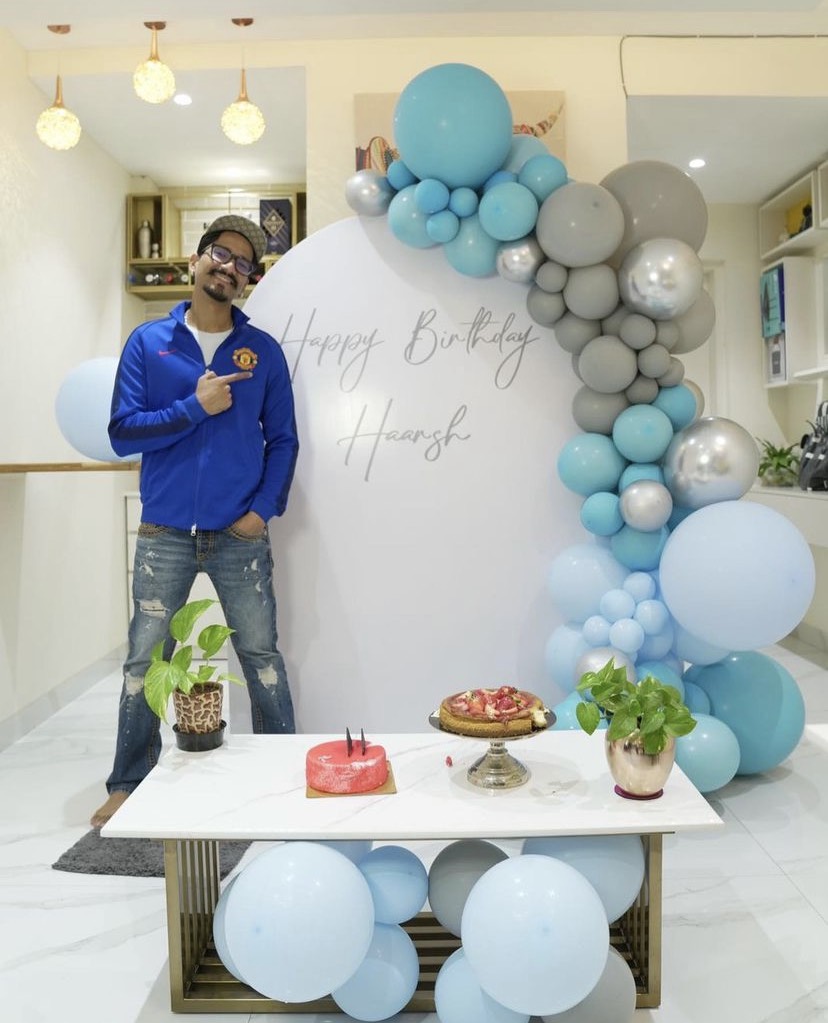 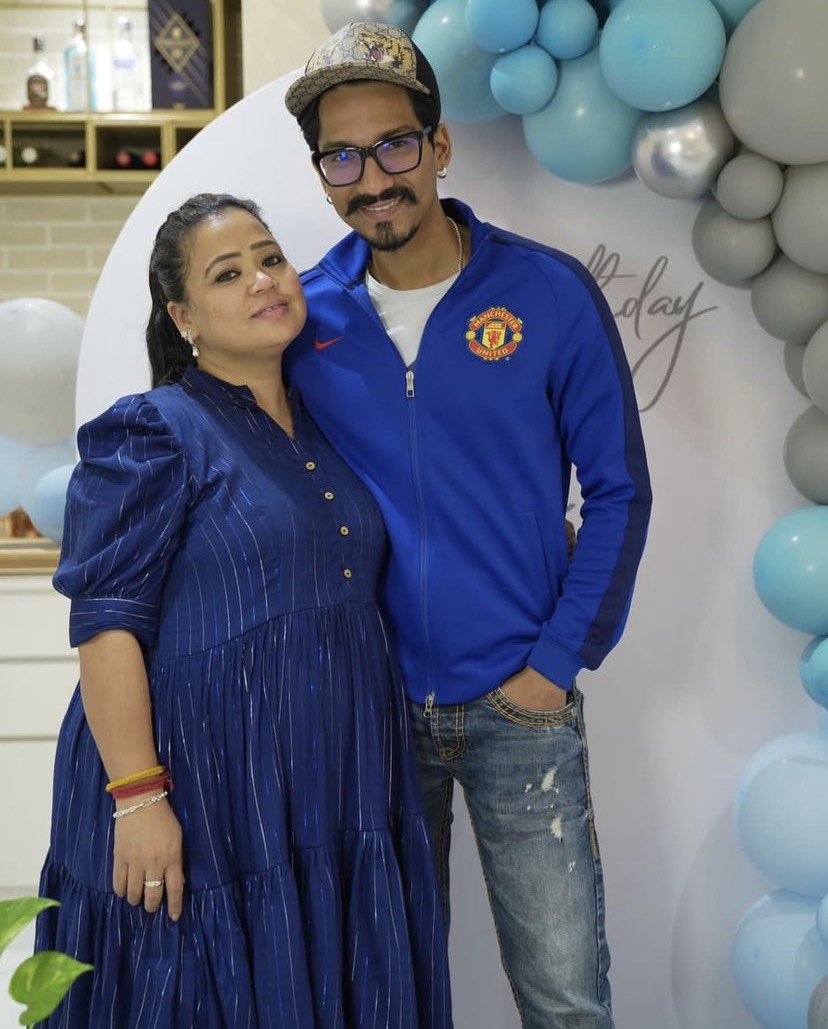 Bharti and Haarsh are enjoying their pregnancy journey, and he has been taking care of his pregnant wife to the fullest. On February 1, 2022, Bharti Singh had taken to her Instagram stories and had narrated a scary incident that had happened on the sets of their popular reality show, Hunarbaaz. In the video, Haarsh could be seen scolding his wife, Bharti, for not being careful on the sets as she was about to fall. While Haarsh had looked utterly serious and scared after the incident, Bharti couldn't hold but love her hubby after he had shown so much care for her. In the second clip, Bharti had shouted at Haarsh and had told him to apologise to her for scolding her. After following his wifey's commands, Haarsh had planted a sweet peck of love on her cheeks. Check out the videos below:

Earlier, in a conversation with the Bombay Times, Bharti Singh had recalled her husband, Haarsh Limbachiyaa’s reaction when she had announced their pregnancy to him. The comedienne had shared that Haarsh had started crying. Stating that Haarsh is excited and has been handling her mood swings and morning sickness, Bharti had mentioned: