We all were mesmerised with this actress’ simplicity and this year (2017) she made her mark in the Bollywood industry with the blockbuster film opposite Shah Rukh Khan, Raees. This Pakistani actress who created a stir with her acting skills is also an inspiration in real life too.

We are talking about none other than the actress Mahira Khan, who became a household name. She is one of the country’s most influential and highest paid actresses, who made her on-screen debut opposite Atif Aslam in a hit Pakistani film, Bol. 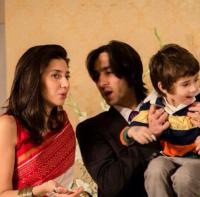 Former VJ Mahira got married to Ali Askari whom she reportedly met in Los Angeles in 2006. There is not much information about her marriage and her ex-husband, but apparently, the couple tied the nuptial knot according to Islamic traditions in 2007 against Mahira’s father’s wishes. 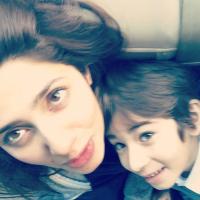 Mahira and Ali have a child whom they fondly named, Azlaan and after the couple got divorced in 2015, the custody of Azlaan is with Mahira only. Earlier in an interview, Mahira talked about Azlaan and said:

"I do only one film at a time. My first priority is my child. So it's a lot of hard work. But it can be done. It's all about choices. Many times I have to let go of good work. Fortunately the work I've done has worked for me." 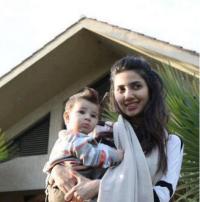 She was also in headlines when got banned from working in India after she worked in Raees, and her leaked pictures of spending quality time with Ranbir Kapoor. Again she made the news for good when she celebrated her 33rd birthday on December 21 with her 8-year-old son, Azlaan. Her video of cutting her birthday cake with her excited son will make you go aww. Check out the video here:

While Azlaan was very excited for his mother’s birthday and wanted to blow the candles first, Mahira wanted him to stand beside her and blow the candles together! They seemed really happy to enjoy this special moment together. And this video was shared by Mahira's best friend and ace designer Feeha Jamshed on social media. Check out some pictures of the mother-son duo: 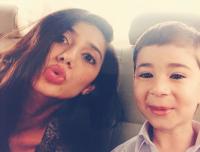 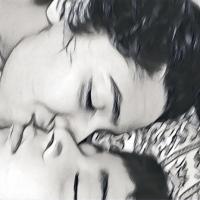 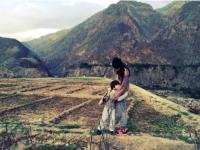 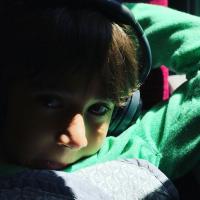 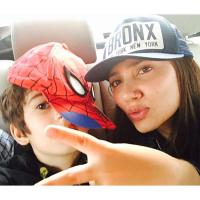 We really appreciate how Mahira being a single mother is able to manage her personal and professional life quite well, and the bond that she shares with her son is really inspiring. We wish Mahira a very happy birthday and lots of love to her and Azlaan. Stay tuned with us for more updates on your favourite celebs.

Next Read: Esha Deol Loses Pregnancy Weight Drastically, Her Transformation Makes Her Glow Like Never Before