Mahhi Vij Praises Hubby, Jay Bhanushali For Being A Part Of Every Sonography, His Reply Is Hilarious

Mahhi Vij Praises Hubby, Jay Bhanushali For Being A Part Of Every Sonography, His Reply Is Hilarious

To mark the end of her seven months being pregnant, Mahhi Vij shared a list of things that her hubby, Jay Bhanushali is doing to provide her with the utmost love and care that she needs now. “Baby on board”! For a couple, embracing parenthood is the most beautiful phase in their married life. Welcoming a little bundle of joy in your lives and becoming three, is an incomparable bliss. Since the joy and happiness of becoming a parent and nurturing a little one inside a woman’s womb is shared amongst the to-be mother and father, similarly the responsibilities too, needs to be taken by both of them. Who else can help the soon-to-be fathers learn how to be there for their pregnant wife than actor-turned-host, Jay Bhanushali? (Also Read: Navina Bole Shares The First Glimpse Of Her Two-Month-Old Daughter, Kimaayra Resting On Her Shoulder)

Nine years into marriage and after two adopted kids, it was on May 24, 2019, when Nach Baliye 5 winners, Jay Bhanushali and Mahhi Vij had announced the soon-to-arrive new addition in their ‘fairy tale’ world. Be it pampering his wife with love and attention during her ongoing ‘nine months phase’, taking lullaby classes for his little one to spending quality time with her amidst his busy schedule, Jay has already proved to be a hands-on daddy to his unborn child and a doting husband to his seven months preggy wife, Mahhi.

To mark the end of her seven months being pregnant, Mahhi Vij shared a list of things that her husband, Jay Bhanushali is doing to provide her with the utmost love and care that she needs during this phase. Revealing that it is because of him that she is enjoying her pregnancy, Mahhi wrote, “My unconditional support in this adventure. If I enjoyed this stage it's all because of you. I never expected you to be the way you are, you surprised me and how. I love you and respect @ijaybhanushali this journey would not have been possible without you. I am glad I don’t have to write sad sob stories about my pregnancy this phase made me stronger, weaker when it comes to my husband because all I want is him around little selfish on my part but that’s how I felt.” 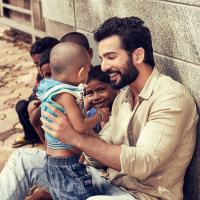 Mahhi Vij further penned down how Jay Bhanushali has been a constant support for her even in the middle of the night. She continued, “I am glad I chose u as my partner who is more excited than me about our baby arrival. Thank you for being part of every sonography every doctor visit your time is important for me. I love u @ijaybhanushali happy #7months #blessed #prayers #father #baby every woman deserves a man like you. Going to bed at 9 pm because I use to feel sleepy getting up in the night as many times I use to for loo, standing outside the washroom, no complains always smiling n feeling good. Man who loves sleeping his time his friends his everything gave up everything just to support me and make me feel loved. #loved #jaybhanushali #mystory”. 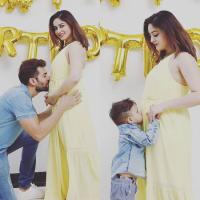 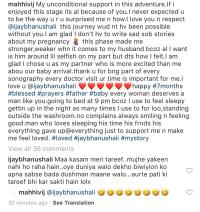 Sometime back, during an interaction with the IANS, Jay Bhanushali had expressed his excitement on becoming a father and had remarked, "It is a fascinating feeling to be a parent all over again and it is even more thrilling because this is our first kid together. I want to help Mahhi in whatever ways possible. I would want Mahhi to take complete care of herself and our baby, so to help her not missing out on her sleep later in the months, I am learning lullabies and practising it daily." (Also Read: Karanvir Bohra's Wife, Teejay Sidhu's Life Lesson For Twin Babies Prove What A Doting Mommy She Is) 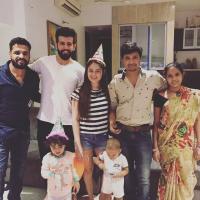 Revealing that he has taken up lullaby classes as well, Jay Bhanushali was quoted as saying, "It would be great if I am able to take responsibility for calming our baby in the middle of the night. I spoke to all the captains -- Salman Ali, Sachin Valmiki, Nitin Kumar and Jyotica Tangri and, they came up with this idea to learn lullabies. Not confident of pulling it off, I told them it's not possible for me to do. But they are giving me all the confidence. I told them not to force me, but they are all too excited to teach me. So, I am finally taking lullaby classes now." 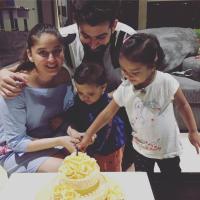 Mahhi Vij and Jay Bhanushali, who are expecting their first child after nine years of married life, are making the most of their pregnancy phase by enjoying it to the fullest. But ever since Jay and Mahhi have announced the good news, they have been questioned about reasons behind their late pregnancy and if they had faced infertility issues. Putting all speculations to rest, Mahhi had written a soul-stirring note, revealing that it was her decision. Mahhi wrote, "After so many messages on infertility!! I want to put this straight to all... that I was not going through any infertility issue!! It was my sole decision to wait and be a better child myself and do all my duties.... I had my own share of responsibilities towards my parents... to have a child is beautiful... but to be a responsible child is much more... I choose the later... be a good child to have one... enjoy cheers?? #daughterfirst #motherhood." To which, the doting husband had replied, "A mark of power girl, daughter, wife and future mother..you are fantastic just be happy." (Also Read: Sania Mirza And Her Son, Izhaan Mirza Malik Mark The End Of Wimbledon 2019 By Relishing A Yummy Cake)

Jay Bhanushali had proved every time, “A man's role as a father doesn't begin when the child is born, it starts when the mother is pregnant.”! Agreed? 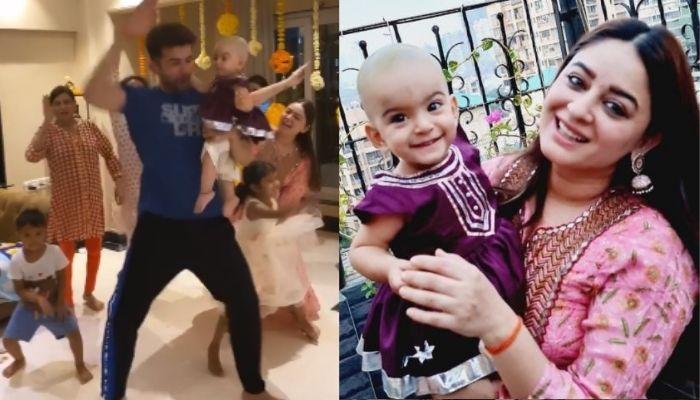 Watching your child grow is a magical feeling for every parent. From nurturing the little one in the womb to holding them in arms, from teaching them to walk to watching them run on their own, every parent feels that the time passes with a lightning-speed. And just like that, 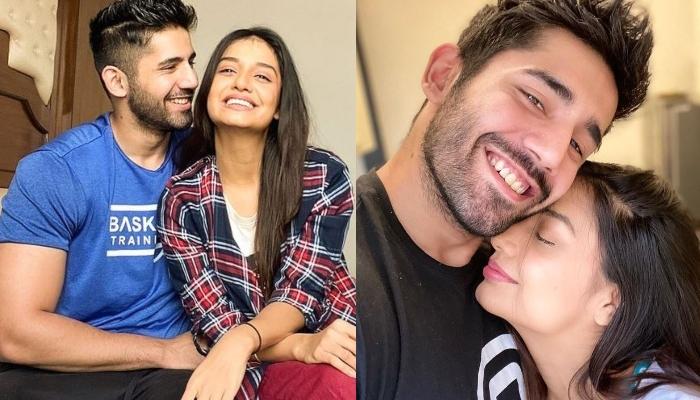