On December 3, 2020 morning, the owner of spice brand MDH 'Mahashay' Dharmpal Gulati passed away at the age of 98. Deputy Chief Minister Manish Sisodia confirms on Twitter. 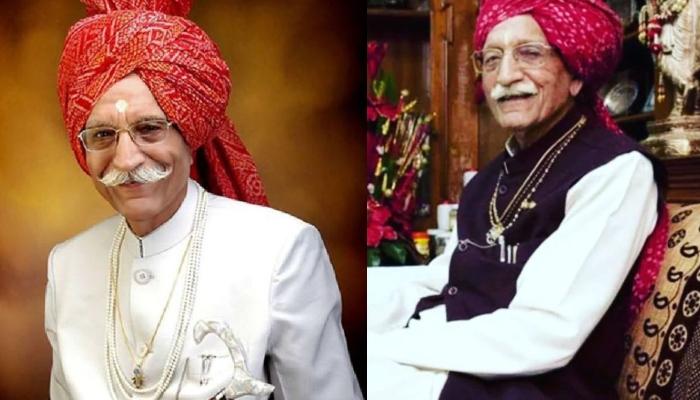 More than 100 years ago, in Sialkot, India (currently located in the Punjab province of Pakistan since 1947), Mahashay Chunni Lal Gulati had founded a masala company in association with Mahashay Chunni Lal Charitable Trust. Son of the founder, Mahashay Dharampal Gulati had moved to Delhi post partition of India and had opened a shop. From a shop in a shack and driving a tonga in Delhi to building an entire group and being crowned as the 'Masala King', Dadaji aka Dharampal Gulati became the face of MDH (Mahashian Di Hatti) Masala. He has a permanent space in our kitchen shelves and we have also seen him in commercials. (Also Read: Saif Ali Khan Wants His Son Ibrahim Ali Khan To Have An Acting Debut Like Hrithik Roshan, Here's Why)

If a 2017 report by The Times of India is to be believed then the then-94-year-old, Mahashay Dharampal Gulati, who was a class five dropout, drew more than Rs 21 crore as salary in company’s last fiscal year. He was the highest paid CEO in the FMCG sector and was extremely motivated towards his work. His business empire included masala company, around 20 schools, a hospital, 15 factories and offices overseas and was worth over Rs 1500 crores.

Unfortunately, on December 3, 2020 morning, the owner of spice brand MDH 'Mahashay' Dharmpal Gulati passed away at the age of 98. Reportedly, he was undergoing treatment at Mata Chanan Devi Hospital, Delhi from the past few weeks. Expressing his grief, Delhi Chief Minister Arvind Kejriwal tweeted, “Dharm Pal ji was very inspiring personality. He dedicated his life for the society. God bless his soul.” Deputy Chief Minister Manish Sisodia paid his tribute on Twitter, “India's most inspiring entrepreneur, MDH owner Dharm Pal Mahashay passed away this morning. I have never met such an inspiring and lively soul. May his soul rest in peace.” (Also Read: Sushant Singh Rajput's GF, Rhea Chakraborty's Brother, Showik Chakraborty Gets Bail After 3 Months)

In a 2018 interview to The Economic Times, Mahashay Dharampal Gulati had revealed that 90% of his salary goes to charity. He was quoted as saying, "My motivation to work is being sincere in product quality sold at affordable prices. And nearly 90% of my salary goes to a charity in my personal capacity." He also had a charitable trust named after his father, where he had 250-bed hospitals for slum dwellers. Then there were four schools running on this charitable trust and for people who are in need of financial support, he was always there for them.

Mahashay Dharampal Gulati not only was humble and grounded by nature despite being one of the wealthiest men of India, but had remarkable information about spices from his decades of experience. His inspirational story of rags to riches had proved that hard work truly pays off. During the pandemic, he had donated 7,500 PPE kits to the Delhi government, along with a 'generous' contribution to the CM Relief Fund. Manish Sisodia had tweeted in April, “Each opportunity to meet @MahashyDharmpal ji is a blessing. I'm overwhelmed with gratitude by Mahashay ji's gesture to donate 7500 #ppekits in addition to his generous contribution to the #CMReliefFund. Sir, your kindness gives #Delhi hope & strength in these difficult times.” (Also Read: 'Aashiqui' Fame, Rahul Roy's Brother-In-Law, Romeer Sen Shares His Health Update After Brain Stroke)