Those 9 months of pregnancy are the most crucial, important and anxious moments for any ‘to-be’ parents. Speculations of whether it’s a ‘him or her’ is something that drives every parent crazy. And after a baby is born, begins a new phase of life which comes loaded with an overdose of happiness and responsibilities. (Do Read: Disha Vakani Shares The First Glimpse Of Daughter, As She Takes Her To Tirupati Balaji For Blessings)

With many of our telly stars expecting their munchkins soon, Lavanya Bhardwaj, who played the role of Sahadeva, in the much acclaimed mythological TV show, Mahabharat became a proud father to his second baby girl on May 25, 2018. The doting father posted a beautiful picture with his little bundle of joy and captioned the picture as, “there is no greater blessing than a baby girl.girls r blessing from heaven #proudfathermoment”. Here’s the picture: 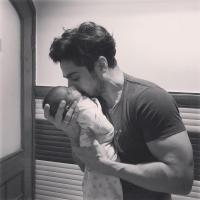 Named ‘Pratistha’ at her naamkaran ceremony, the baby is winning hearts on the internet. Lavanya posted an image on his Instagram account to share it with his fans. He wrote, “Welcome to the world baby no.2 .. little Pratishta #namkaran #namingceremony #lavanyabhardwaj”. Mommy Dede Frescilla too, took to Instagram and posted a story of her two daughters sipping milk from their feeding bottles. Picture below: 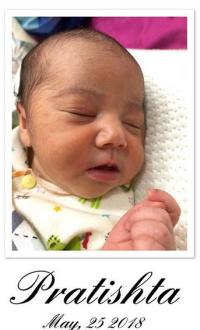 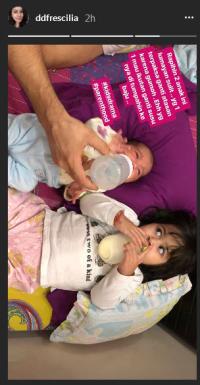 Lavanya is married to an Indonesian girl, Dede Frescilla who is a lawyer by profession. The duo met while shooting for a show in Indonesia. They got married on February 5, 2016. Pratistha is Lavanya and Dede’s second child. Their first child, Dakshita, kills it with her cuteness. The toddler also has an Instagram page of her own which has as many followers as her dad! How cool is that! (Must Read: Mahabharat Fame Lavanya Bhardwaj Is A Father To A Baby Girl; Married A Cute Lawyer From Indonesia)

Psssst! Did you know? Although Lavanya has a complete ‘college-boy’ look, but the doting father is 46 years old! Cool again! They are now a happy family of four and Lavanya social media profile showcases his love for his family. At the below picture where you can see Lavanya, his wife Dede and elder daughter Dakshita, his crisp caption speaks a million words. It says, “Nothing could be better than this..” We agree, Lavanya! 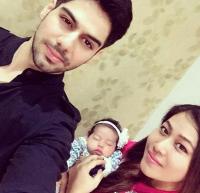 And at yet another picture, you can see a tapasvi Lavanya, hair tied up in a bun like his cute as a button daughter, Dakshita, who is trying to imitate her father. As the caption by Lavanya goes, “She is trying to follow me #freetime #lavanyabhardwaj #fatherhood”. (Checkout! Kapoor Clan Posts Individual Heartfelt Messages For Sonam Kapoor Ahuja On Her 33rd Birthday) 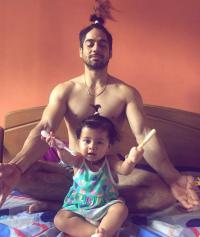 Lavanya and Dede, truckloads of congratulations for welcoming your second bundle of joy home! We wish to see a family picture of the awesome-foursome soon! 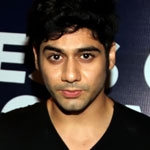