Madhuri Dixit Revealed She Used To Wake Up At 5:30 In The Morning To Make Breakfast For Her Husband

Madhuri Dixit Revealed She Used To Wake Up At 5:30 In The Morning To Make Breakfast For Her Husband

In a throwback interview, Madhuri Dixit revealed that she loved everything about being a housewife. The actress had shared that she used to wake up early to cook for her hubby in USA. 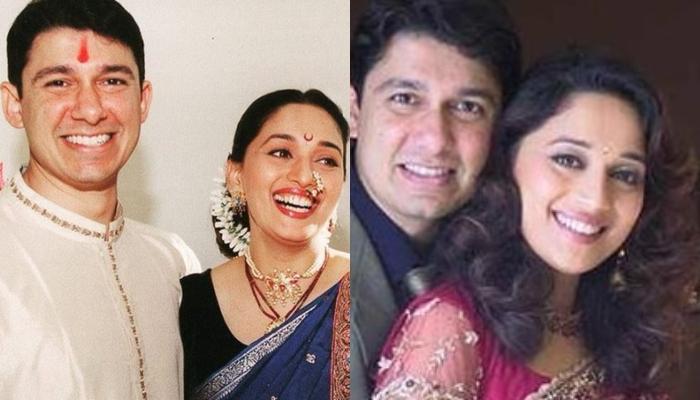 In the '90s, Bollywood actress, Madhuri Dixit was the 'heroine' of every hit film. The actress had been ruling the box-office with her amazing acting stints. However, the actress had left everyone's mouth drop when she had decided to leave the world of glam to settle down with the love of her life, Dr Shriram Nene 21-years ago. She had left the world of cinema, just to create her own world with the right man, Shriram Nene, and there wasn't a single day when she had regretted her decision. (Recommend Read: From Neighbours To Soulmates: Untold Love Story Of Dhirubhai Ambani's Daughter, Deepti And Duttaraj)

Madhuri Dixit never fails to give glimpses of her 'happily ever after' with her family to her millions of lover across the nation. She never misses a chance to shower her love on her 'darling hubby'. There have been many interviews and media interactions, wherein the actress had proudly shared the reason of leaving Bollywood 21-years ago for marriage.

Recently, we got hold of a throwback interview of Madhuri Dixit, wherein, she had narrated her life as a 'housewife' in United States. In a throwback interview with Simi Garewal for her show, Rendezvous with Simi Garewal, the actress had revealed that she used to wake up early just to cook for her husband. She had stated, "I used to make breakfast for my husband when he was in cardiovascular surgery. I used to wake up at 5:30, make breakfast for him, of course he used to leave for work and I used to go back to sleep for some time. I savoured every minute of it."  (Also Read: Hema Malini And Dharmendra Look Worried In This Unseen Picture From Daughter, Esha Deol's Wedding) 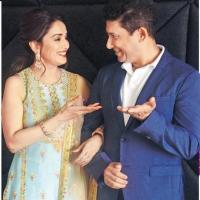 In the same interview, Madhuri had shared the thing which made her fall in love with Dr Shriram Nene, who knew nothing about her superstardom. The actress had shared, "You always find some similarity when you meet a partner. What he found about me was that I would go out of my way to do something. The fact that I never did mountain biking but I was ready to do it and give it a chance." 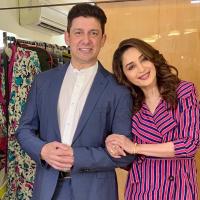 On October 17, 2020, Madhuri and Dr Shriram Nene had celebrated the 21-years of being married. Madhuri had penned a sweet note, which could be read as "Today marks the beginning of another year, full of adventures with the man of my dreams. We are so different yet so alike & I am grateful to have you in my life. Happy Anniversary to you & us Ram." 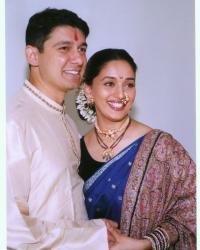 Dr Shriram Nene had also shared a beautiful throwback picture with Madhuri. Alongside it, he had written, "21 years ago, found my soulmate and started on our journey together. Every day is amazing and look forward to many more adventures together. Happy 21st Anniversary!" (Don't Miss: Samantha Akkineni Revealed The Best Gift She Had Received From Naga Chaitanya And It's Too Adorable)