Bollywood diva, Madhuri Dixit Nene turned chef for Ganpati on the last day of Ganesh Chaturthi and made yummy 'modaks'. Check out her hubby, Shriram Nene's excitement on seeing the 'modaks'! 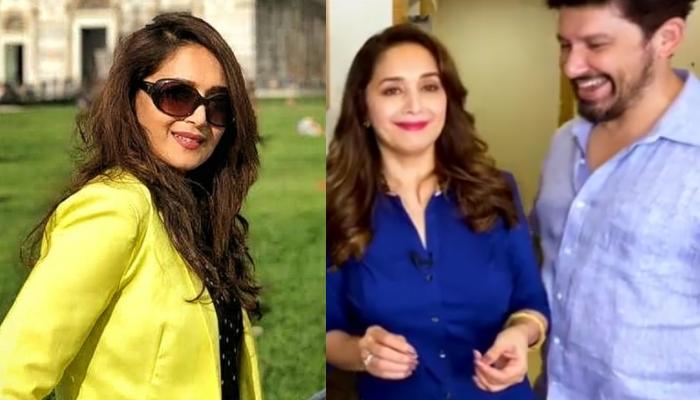 Every year, 'Ganpati Bappa Morya' cheers get loudest as the devotess bring home Gannu ji. However, this year, the magic of Ganpati Mahotasav wasn't the same as streets were empty and there was no naach-gaana, due to the COVID-19 outbreak. The pandemic has taken away all the fun from the festivals, but devotees made sure to celebrate the festival in their own way. And Bollywood actress, Madhuri Dixit Nene also turned chef for the last day of Ganpati. (Recommend Read: Virat Kohli Reveals His And Anushka Sharma's Reaction When They Had Found Out About Her Pregnancy)

The Bollywood's 'dhak-dhak' girl, Madhuri Dixit never fails to give glimpses of her life with her family. She never misses a chance to shower her love on her 'darling hubby', and often scrolls through and picks out the best throwback pictures to share with her fans. September 1, 2020, marks the last day of Ganesh Chaturthi and to make the day extra special, Madhuri donned a chef's hat.

Yes, for the last day of Ganpati celebrations, Madhuri took to her Instagram handle and shared with her fans the recipe of her yummy modaks, which she has made especially for Bappa. However, more than the Ganpati Bappa, it was her hubby, Shriram Nene, who got excited to eat the models. Alongside the video, Madhuri wrote, "Today is the last day of Ganpati celebrations & I'm sure like me everybody will miss the festivities, especially the food! Hope you all enjoy making Modaks at home following my not so secret family recipe." Check it out:

For those who don't know, when Madhuri had decided to get married to Dr Nene, she was at the peak of her career. However, she had set her priorities straight, and hence, it gave her the confidence to distant herself from the filmy duniya. Earlier, in an interview with Pinkvilla, Madhuri had shared how her husband had no idea about her stardom. She had shared, “It was very wonderful because I was very surprised to know that he didn’t know that I am an actress and I work in Hindi film. He was really not aware of all that. So, it was wonderful (laughs)." (Also Read: Esha Deol's Rare Childhood Picture With 'Papa', Dharmendra, Standing On His Back For Horse Ride)

In an interview with Serena Menon, Madhuri had talked about the reason to leave Bollywood. She had said, "Leaving Bollywood wasn't planned. One thing I was clear about — the moment I met the right person in my life, I wouldn't hesitate. I had a simple life at home and was never part of the scene. So it wasn't tough leaving my career behind, because everybody has dreams and a big part of mine was to have a family — a husband and children." (Don't Miss: Yami Gautam Shares A Twinning Picture With Her Sister Surilie In Matching Red Outfits, Looks Amazing)

Well, Madhuri's homemade modaks left us drooling! What about you? 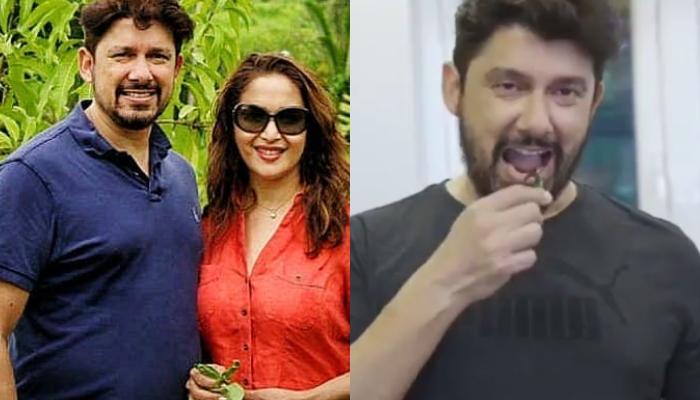 Gone are the days, when the kitchen was the ladies zone, and every new dish was only prepared by 'miss and missus' of the house. Nowadays, men equally take pride in helping the ladies in the kitchen duties. They not only know how to make tea, but they happily cook yummy delicacies