Madhubala was considered as the most beautiful actress of B-town and Kishore Kumar is, to date, considered as one of the most successful playback singers in the Hindi film industry. Madhubala had many men in her life and it was in the final years of her life that she had gotten tired of all the unstable relationships she had dealt with. She had longed for a stable relationship in her life and it was then that Madhubala had met Kishore Kumar during the shooting of Chalti Ka Naam Gadi and Half Ticket. Madhubala and Kishore Kumar were a part of many popular songs like Haal Kaisa Hai Janaab Ka, Ek Ladki Bheegi Bhaagi Si, Babu Samjho Ishaare and others.

Recommended Read: Ramayan's Manthara, Lalita Pawar's Life: From An Accident To How Her Sister Became Her 'Sautan'

Love had blossomed between Madhubala and Kishore Kumar while they were working together and soon they had tied the knot, but destiny had something else planned for them. While they had started their 'happily ever after' with happiness and hope, their marriage was short-lived, not because they were out of love, but because destiny had played a cruel role. Let's take a deep dive into Kishore Kumar and Madhubala's love story. 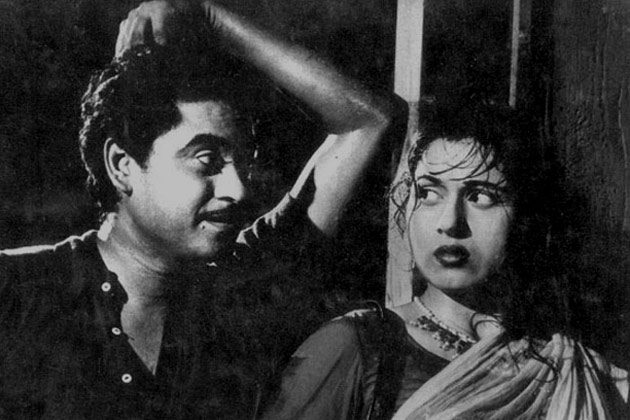 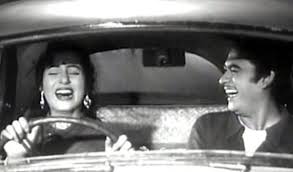 Madhubala and her affair with the actor, Dilip Kumar was the talk of the town back then. However, after dating each other for nine years, distance had drifted them apart, and the two had parted ways. It was after her affair with Dilip Kumar that Madhubala had met the singer, Kishore Kumar. The singer too had divorced his first wife, Ruma Guha Thakurta, by then. Kishore Kumar and Madhubala had worked together in films like Chalti Ka Naam Gadi and Half Ticket and had come close to each other. The two had gradually fallen in love and one fine day, Kishore Kumar had proposed Madhubala for marriage and she had immediately said, 'Yes'. However, Madhubala's sister recounts their love story as a rebound. 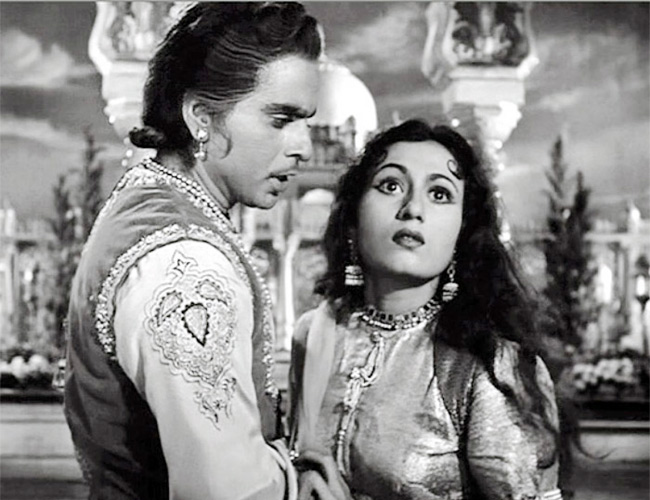 In an interview with the Filmfare, Madhubala's sister, Madhur Bhushan had shared how love had bloomed between Madhubala and Kishore da. Actually, Kishore was a rebound for Madhubala as per her sister. When the late actress was struggling hard to get over Dilip Kumar, with whom she was in a relationship, she had gotten attracted to Kishore Kumar. Madhur had said:

“Perhaps, she got attracted to his beautiful voice, his ability to make her laugh.” 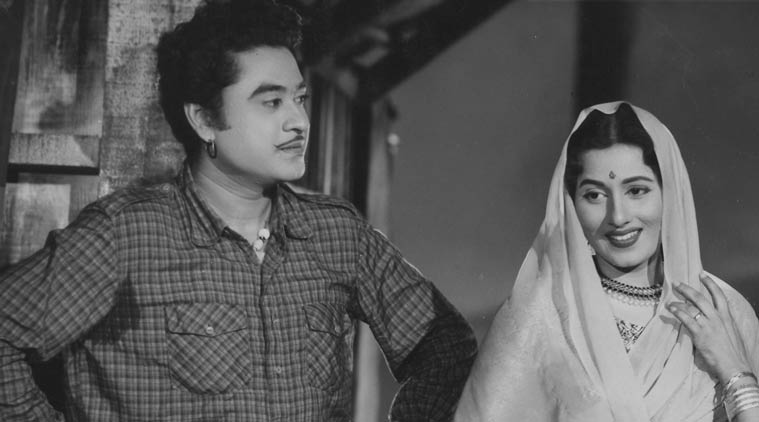 After Kishore Kumar's proposal and Madhubala's 'Yes,' it was in 1960 that the two got married. It is said that for the sake of Madhubala's parents, Kishore Kumar had converted to Islam and had changed his name to Karim Abdul. The two were pronounced married after a nikaah ceremony. However, sadly, Madhubala was never accepted in Kishore Kumar's family even after a Hindu wedding in 1960. She had moved back to her house one month after the wedding as the tension in the family had taken a toll on her mental health.

“Kishore Bhaiyya flew her to London about 10 days later. The doctors said, ‘her heart is finished’. And that she wouldn’t live beyond two years.”

Why did Kishore Kumar leave Madhubala? 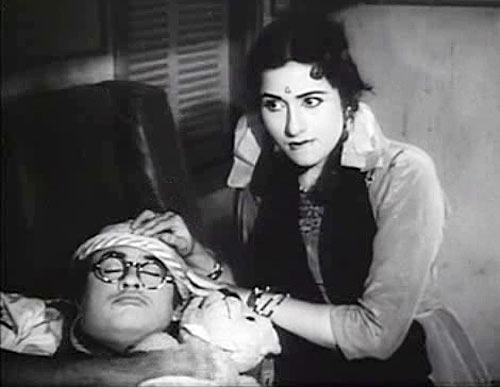 In London, after knowing that Madhubala has a hole in her heart and has only two years to live, Kishore Kumar had taken her to her father's home as he felt that he cannot take care of her as he was often busy with his shoots. Madhur had further narrated the story of Kishore Kumar leaving Madhubala at her home and had said:

“Soon after that Kishore Bhaiyya left her at our home. He said that she was sick and needed care while he had to travel, work, sing and hence wouldn’t be able to give her time. He said, ‘I tried my best, I took her to London. But the doctors have said she won’t survive. What’s my fault?’”

Madhur had also recalled how Madhubala had only wanted her husband, Kishore Kumar and his support during the critical stage of her life. She had said:

“We’re not saying that he was wrong. Aapa was told by the doctors ‘you cannot have sex, you cannot have children’… But yet a woman needs emotional support no matter what. Aapa insisted that she wanted to be with him. So he bought a flat at Quarter Deck, Carter Road where they stayed for a while. But she’d be alone most of the time. The sea breeze made her sicker.”

As Madhubala was often left alone at home because of Kishore Kumar's work, her sister, Madhur had said that the actress was left with only one option. The only choice Madhubala had was to move to her paternal house, which had further resulted in missing her husband even more. Remembering those times, Madhur had said:

“Often Kishore Bhaiyya’s phone was disconnected. He’d visit her once in two to three months. He’d say, ‘If I come, you’ll cry and it will not be good for your heart. You’ll go into depression. You should rest'. She was young, jealousy was natural. Perhaps, a feeling of being abandoned killed her. Maybe he wanted to detach himself from her so that the final separation wouldn’t hurt. But he never abused her as was reported. He bore her medical expenses." As it is said that willpower can do anything, it did for Madhubala too. According to the doctors in London, she was supposed to live for over 2 years but she survived for nine long years. Talking about Madhubala's health condition during her last days, Madhur had shared:

‘‘Due to her ailment, her body would produce extra blood. So it would spill out from the nose and mouth. The doctor would come home and extract bottles of blood. She also suffered from pulmonary pressure of the lungs. She coughed all the time. Every four to five hours she had to be given oxygen or else would get breathless. She was confined to bed for nine years and was reduced to just bones and skin. She’d keep crying, ‘Mujhe zinda rehna hai, mujhe marna nahin hai, doctor kab ilaaj nikalenge."

Madhubala had breathed her last on February 23, 1969. She and Kishore Kumar never had children together! 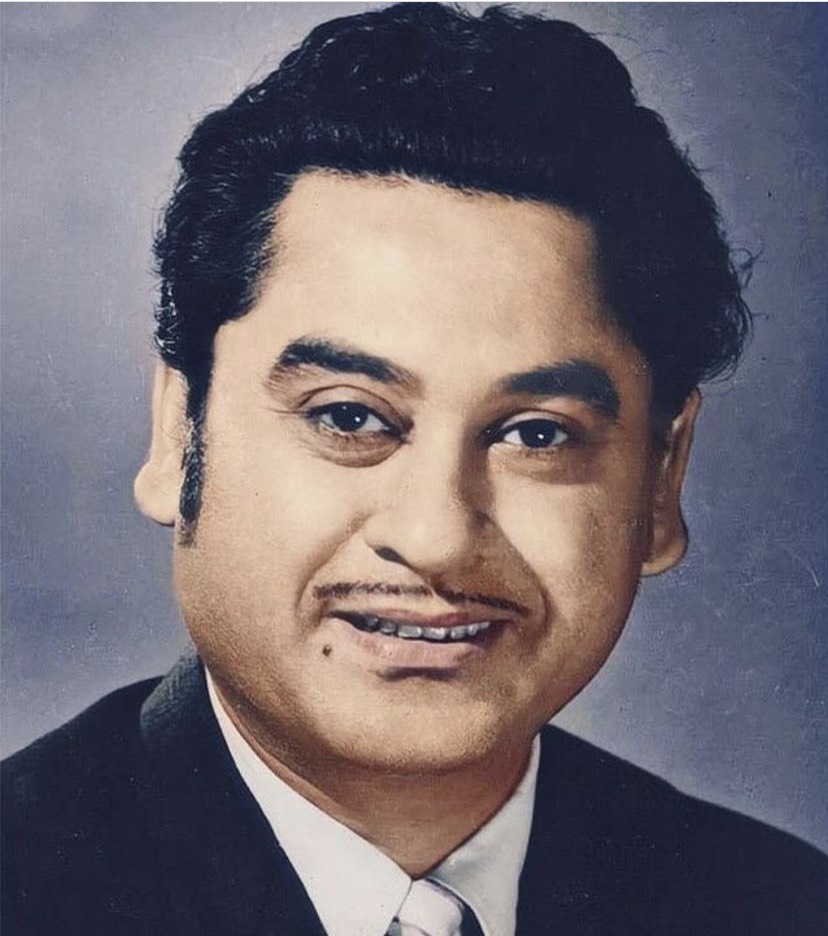 "On the morning of October 13 (the day he passed away in 1987), he looked pale and as though in deep sleep. As I went near him, he woke up and asked, ‘Did you get scared? Today is my holiday’.” That day he had several meetings at home. During lunch he told me that we’d watch the film River Of No Return in the evening. A little later, I heard him move furniture in the next room. When I went to see what was happening, I saw him lying on the bed. Nervously he said, ‘I’m feeling weak’. I ran to call the doctor. He got angry and said, ‘If you call the doctor, I’ll get a heart-attack’. Those were his last lines. His eyes were wide open and he was breathing out. I thought he was fooling as usual but that was the end."

Madhubala and Kishore Kumar's love story is still better known to them as everyone has their own perception of what this talented couple had lived together! While Kishore Kumar had, in many interviews, stated that he was with her till her last breath, her sister, Madhur has a different tale to tell!

NEXT: 7 Men Came Into Madhubala's Life, Only To Leave Her All By Herself On Her Deathbed