Television actress, Lovey Sasan gives us wedding inspiration as she repeats her wedding vows with beau, Koushik Krishnamurthy in a South Indian style. Scroll down and don't forget to take notes! 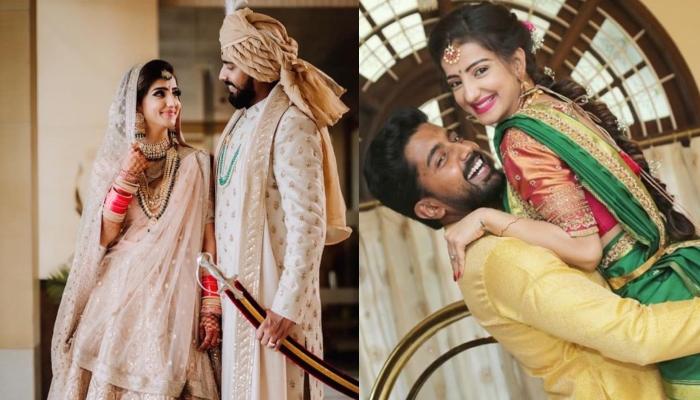 A great marriage requires two people, who have vowed to stay together and be the sunshine for each other in the gloomy days. And an exactly similar love story brewed between television actress, Lovey Sasan and her long-time beau, Koushik Krishnamurthy. (Recommend Read: Dalljiet Kaur On Second Marriage Plans, Says Have Been Meeting Guys, Will Be An Arranged Marriage)

On February 10, 2019, Lovey got married to Bengaluru-based businessman, Koushik Krishnamurthy in an intimate Sikh ceremony. While we are still drooling over the pictures of her Sikh wedding, the actress gave us goals as she remarried her husband in a South Indian Style. 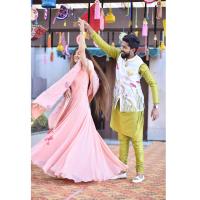 Yes, Lovey took the wedding vows again in a South Indian ceremony on May 29, 2019, in Bengaluru. Their wedding had a proper series of pre-wedding functions from mehendi to haldi. However, it was their wedding pictures that made our heart flutter. Lovey took to her Instagram handle, and shared the pictures, wherein, she radiated bridal beauty in a golden kanjeevaram saree with red embroidery. Take a look at the pictures of her wedding below: 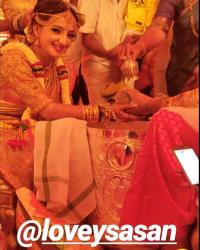 Lovey also shared pictures from her haldi, mehendi and sangeet ceremony. Check out the pictures of the celebrations below: 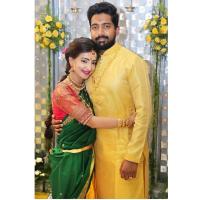 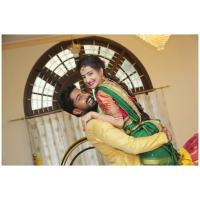 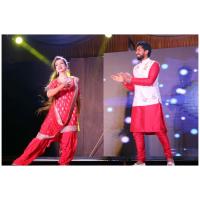 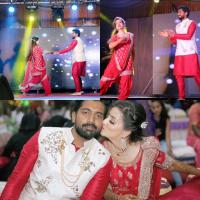 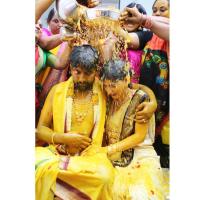 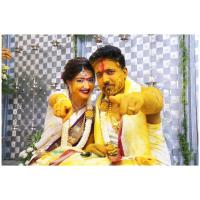 In an interview with The Times of India, Lovey had talked about her South Indian style marriage, and had stated, "We have a large social circle in Bengaluru, and very few people from here attended the shaadi in Amritsar. It was my mother-in-law’s dream to celebrate the wedding in style, with all the functions." She had further added, "I am happy that I now have a companion for life, and a family that really loves me. I feel blessed." (Also Read: Sanjay Dutt Revisits The Memory Lane And Remembers Mother, Nargis Dutt On Her Birthday)

In an interview with the Bombay Times, Lovey had opened up about work, and had stated, “After Saathiya, I wasn’t getting anything interesting. Now, when I am getting good offers, I have become busy with my trousseau shopping. Even if I am settled in Bengaluru, I will keep coming to Mumbai for work.” 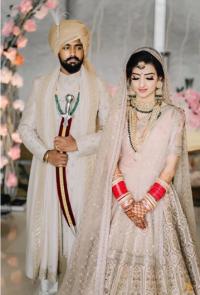 Earlier, Lovey had shared her love-story and had revealed, “It is sort of an arranged-cum-love match. My bhabhi introduced me to Koushik on a common WhatsApp group as she thought he was a perfect match for me.” She further added, “He learnt I was an actor only after he looked me up on the internet. He then started watching my show and is now a fan. He is a positive and sensible guy. I also get to learn so much from him. Our relationship is growing stronger with every passing day and I feel blessed to have him in my life” (Don't Miss: Mira Rajput Kapoor Trolled For Carrying Her Sandals In Her Hands Alongside An Expensive Bag)

Well, we totally love Lovey's South Indian style marriage! What about you? Well, looks like it is raining weddings in the telly town! After Sheena Bajaj-Rohit Purohit, Palak Jain-Tapasvi Mehta, Nimki Mukhiya fame, Abhishek Sharma-Apeksha Dandekar’s wedding, another celebrity added their name to the just-married list. Want to know who they are? They are none other than the amalgamation of two states,