When Saif Ali Khan and Kareena Kapoor Khan’s baby Taimur was just a few hours old, Twitteratis were going mad in their own trip of matchmaking. You all might know that Shahid Kapoor is a proud father to a baby girl, named Misha, and Kareena, on the other hand, gave birth to a baby boy, Taimur on December 20, 2016.

Saif & Kareena Have Released The Official Statement On Their Baby's Birth 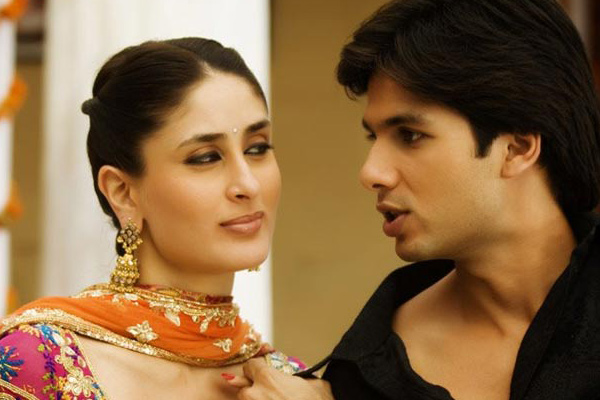 So, what was happening at the time of Taimur's birth was that people started trolling by bringing out a love angle between Shahid Kapoor’s Misha and Kareena Kapoor’s Taimur. LOL! Yes, that’s right! We were just going through all the wishes for the newbie parents Saifeena, and we stumbled upon some of the funniest tweets by random users of Twitter. It seems that Twitter peeps were all ready to poke fun! Well, we hope that you all know, Kareena Kapoor, before marrying Saif Ali Khan, and Shahid Kapoor before marrying Mira Rajput, dated each other for over three years. So, people on Twitter have now started linking up their children Taimur and Misha.

Here we have a few screenshots of the tweets that are funny and will bring a smile on your face. Here they are, scroll on and enjoy!

READ: 17 Things That Change Once You Have A Baby 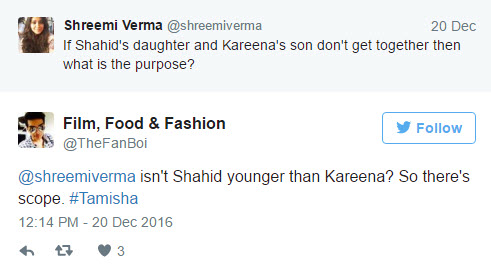 Pheww! Aren’t these tweets too witty, and people are stretching a lot! In fact, the hash tag of Taimur and Misha’s name #Tamisha has started trending on social media. Taimur became a rockstar within just a few hours of his birth. In fact, a few insta accounts too were generated on his name that have thousands of followers.

For Indian Brides: 13 Brands That Offer You Long-Lasting Lipsticks Under Rs. 1000 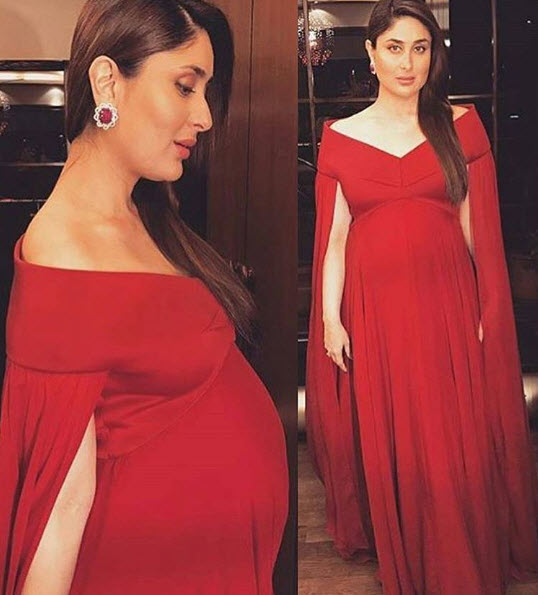 Well, the entire KHANdaan and Kapoor family are excited to welcome the sabse chotu Nawab of their family. In fact, nanu Randhir ji, maasi Karisma and bua Soha have already expressed how elated they are! 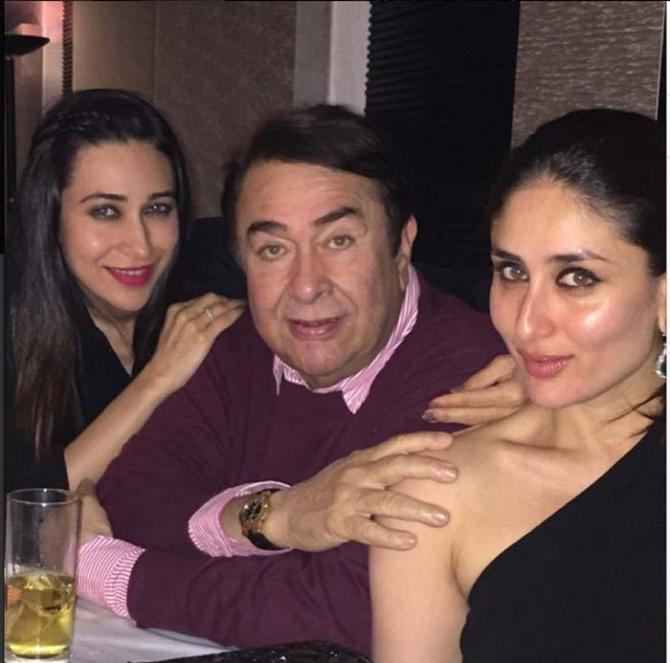 Well, people are exaggerating this love angle and making Jab We Met 2. They are stretching it too much, guys they are babies, for God sake! Nonetheless, Team BollywoodShaadis would like wish these two mucnhkins, Misha and Taimur all the happiness and success in life!

NEXT READ: 7 Baby Products That Have Amazing Beauty Benefits

Saif & Kareena Have Released The Official Statement On Their Baby's Birth