She fell in love on a reality TV show, got married on national television in 2010 and rode off into the sunset together with her Prince Charming, in this case, Rahul Mahajan. But, her bubble of happiness didn’t last long as barely 4 months later, there were reports of physical abuse. Dimpy and Rahul filed for divorce in May 2014 and the marriage ended in February 2015, for good.

And soon, it was the beginning of a new chapter in Dimpy Ganguly’s life with the handsome and charming Dubai-based businessman, Rohit Roy. Want to know how Dimpy found happiness and a second chance at love? Let’s dig in for more on Rohit and Dimpy’s fairy tale love story below.

The beginning of something special... 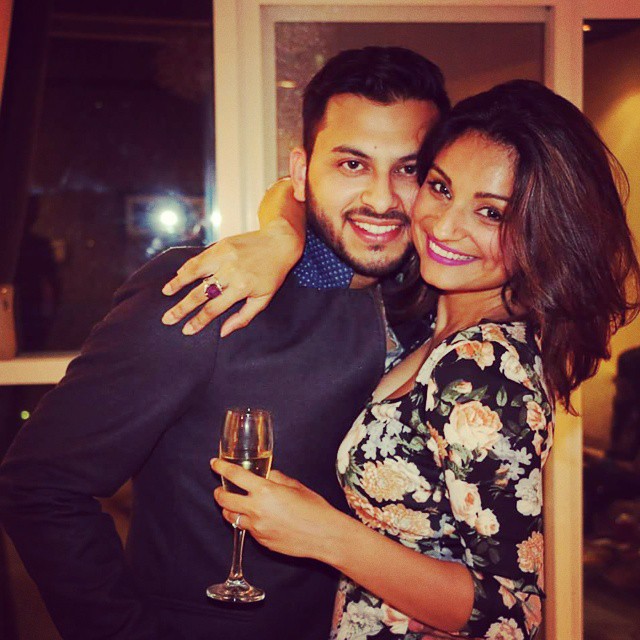 Rohit and Dimpy might have bumped into each other in Dubai, 2013, but they were not just any acquaintances who belonged to the same town, they were childhood friends. During their school days, they even had a crush on each other.

Although they were together and best of friends, fate didn’t give them a chance to confess their feelings for each other. 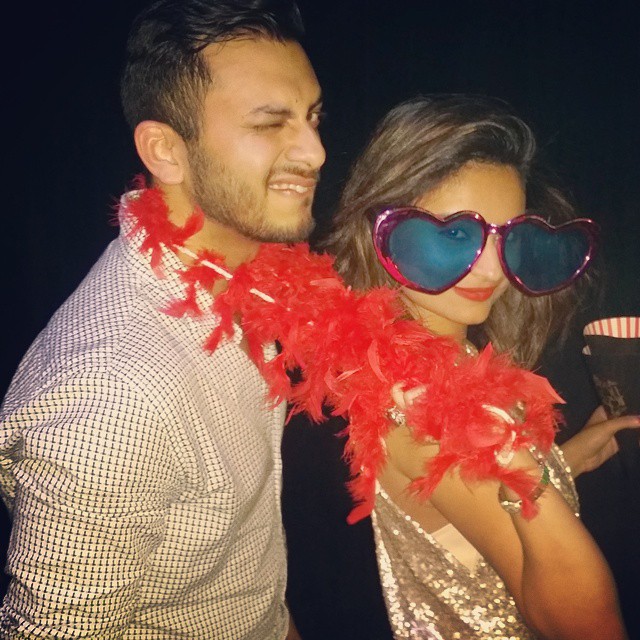 Here’s what Dimpy said in an interview to a leading news daily:

“We were from different schools and would meet only during fests, but we could never talk about our feelings for each other. And then, I moved on. Strangely, I bumped into him in Dubai in 2013, almost a decade later, and that's when we confessed our feelings to each other. I couldn't believe that the guy who I crushed on, liked me too. The innocent school charm brought us closer, apart from the fact that we belonged to Kolkata. After I moved out of the city, my parents bought a new house which turned out to be just a few kilometres away from Rohit's house. It was as if destiny was trying to bring us together.” 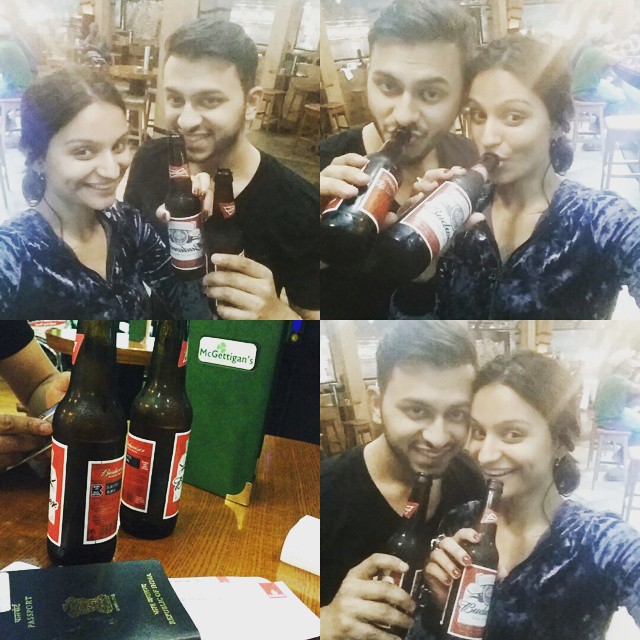 After a successful career and failed marriage, decades later, fate brought them together once again in Dubai.

This time they didn’t hold back their feelings for each other and that’s when we started seeing a lot of pictures of them together in social media all tagged as #BFF.

An everlasting bond of love and happiness... 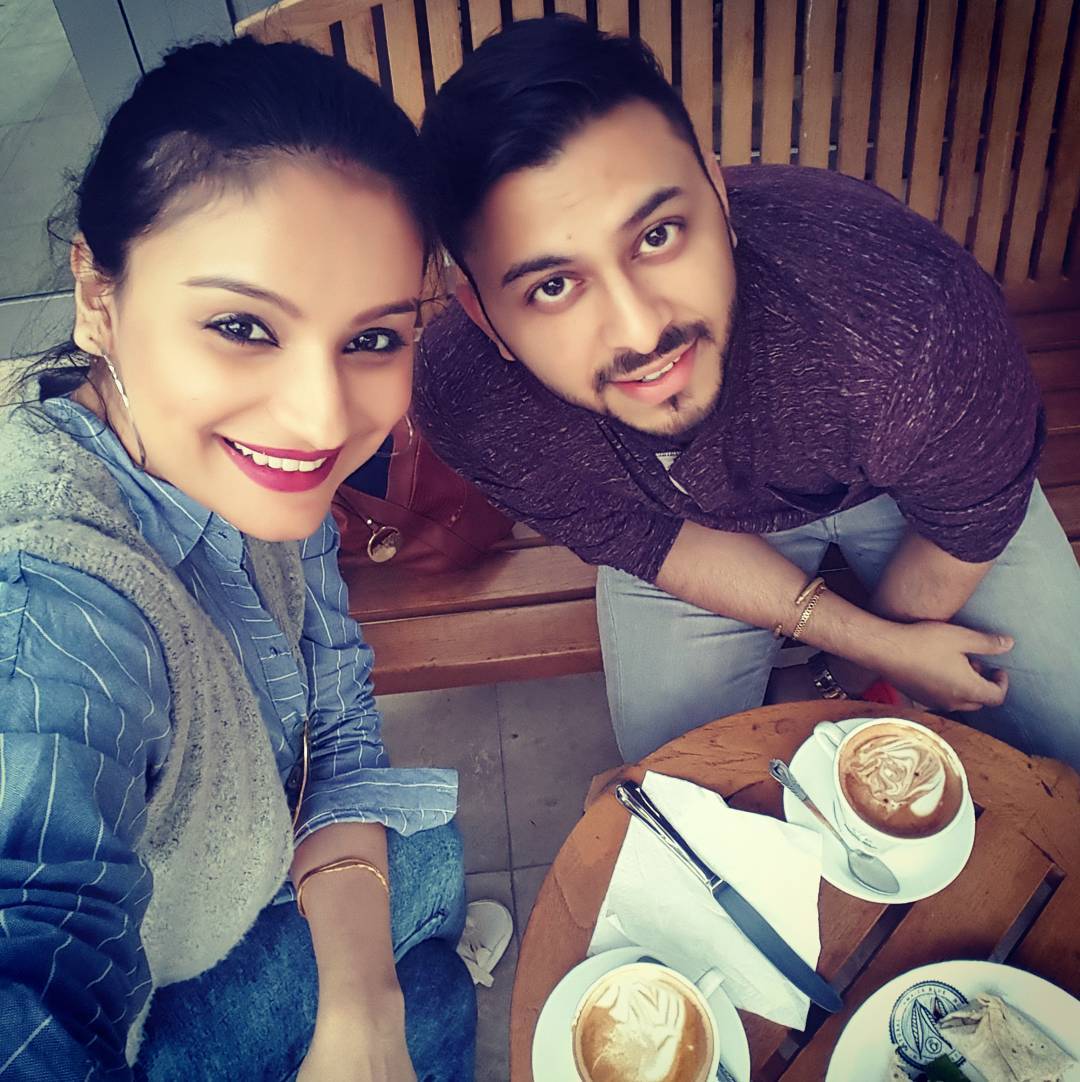 Apart from them being in love, there were many things common between them to bind them together, like their Bong connection, the city of Kolkata, and their home, which is just a stone’s throw away from Rohit’s house. Rohit stood by Dimpy when she was going through the toughest phase of her life. So, when he proposed her with a diamond ring from Tiffany & Co. she had to say yes.

Dimpy shared the most beautiful moment of her life with her fans on Twitter with a beautiful picture of the ring: 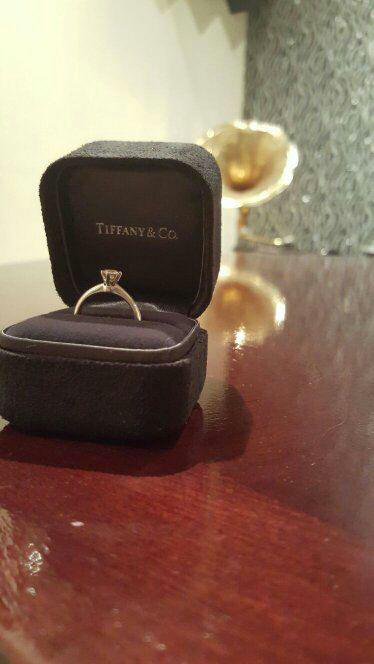 She captioned the photo as:

Almost a month later, the beautiful dimpled girl tied the knot with Rohit in a beautiful Bengali wedding ceremony held in Kolkata among her friends and family. Tale of a true gentleman

Like every mother, Dimpy was delighted to share the news of her pregnancy with everyone, but it didn’t go down that well with some and along with congratulations also came the accusations. However, what happened next is something that every woman would want their husbands or boyfriends to learn a lesson from. 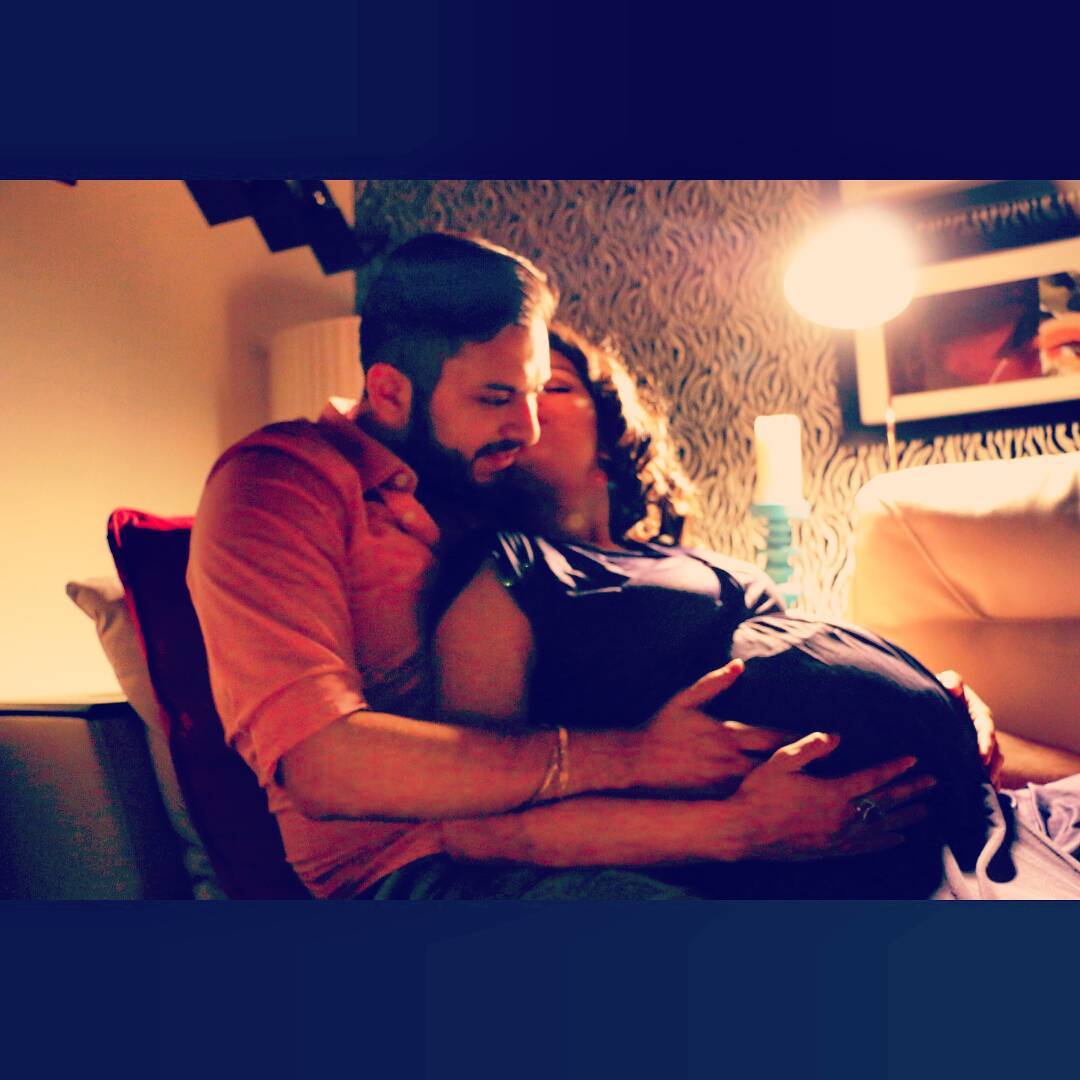 Rohit, in his most chivalrous way, shut their mouth with his own tweet that went something like this:

“Stop spreading your filth around. May be you come from a world where a man doesn’t defend his wife when a stray dog barks at her. But unfortunately, I have had the good fortune of belonging from a place where I have seen family stick together. So if you ask me who I am to interfere, let me tell you you are trying to trash my wife and the mother of my child.” The couple is now blessed with a cute little angel, Reanna, who undoubtedly has got them both wrapped around her little finger. The pretty mom often shares their cute family moments on her social media accounts. And, it wouldn’t be wrong to say that there is always an overload of cuteness and happiness in them; a happiness that reinstates your belief in happy endings.

You may like: 7 Bollywood Single Moms Who Got Married Again Whether it’s standing up for each other or having fun with their daughter, Dimpy and Rohit’s love for each other shows through in everything. The beautiful couple is currently relishing in their marital and parental bliss and we hope their relationship grows stronger each day!