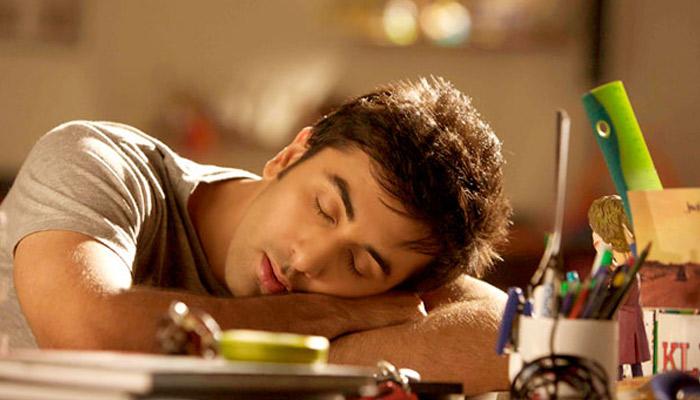 Dating an immature guy can be frustrating on many levels. It not only spoils your bond in the present, but also leaves a big question mark on the future of your relationship. To maintain a healthy relationship, you and your partner should at least be on the same level of maturity.

Wondering how you can tell whether your guy is an immature person or not? Well, we have the answer for you. An immature guy will show either all or some of below mentioned signs through his behaviour, and he might be totally unaware about it. So, watch out for these tell-tale signs and find the answer by yourself.

Recommended Read: 10 Habits That Can Turn Out To Be Really Toxic For Your Otherwise Healthy Relationship

#1. He introduces you to his friends as per his convenience: sometimes girlfriend, at other times, just friend

In front of his mom, friends or some nice looking woman, he might introduce you just as his “good friend” or some colleague. Maybe because he wants to hide his relationship status, is not sure about you, is keeping his options open or worries about what other people might think. Either ways, there is no future with such a man. A real man will proudly introduce you as the love of his life.

#2. He is clueless about his future and hardly has any realistic career goals

He is simply happy in his own little world, day dreaming. He believes in living in the moment, which is fine when you are a teenager, but not once you enter the category of adults.

#3. He spends more time with his friends than you

Sometimes it is fine, but spending the entire day with his ‘bros’ even on your special days, is a little too much.

#4. He does not support you or stand up for you

He is least interested in your troubles and ignores you when you try to share your problems with him. Your feelings and emotions hardly matter to him.

Must Read: 19 Reasons Why Casual Dating Is Important Before You Get Into A Serious Relationship

#5. He never, ever accepts his mistake

The words, “yes, I am wrong” or “sorry for the mistake” do not exist in his dictionary. He values his pride more than the relationship.

#6. He behaves differently with you according to the situation

He is very nice and caring when he wants something from you like money, some work done or any other thing.  He is one selfish person in every sense. It is always about him and his needs; you come second always.

Fun Read: If She Has These 19 Qualities Then You Sure Are Dating An Intelligent And Mature Woman

#7. He is not willing to help you in any way

Be it in the kitchen, running house errands, picking you up from office or any other thing, he will try to avoid you in every possible way when you need his help in something. He hates being responsible for anything.

#8. He will hardly communicate with you after fights and conflicts

He would simply wait for you to start the conversation or make the first move. He will not reply to your messages or answer phone calls, unless of course you take the blame for everything and are deeply sorry for the whole conflict. And, even after that, he will be least bothered to solve the problem.

Do Check Out: 10 Ways To Make Your Relationship Last For A Lifetime Even When Your Careers Are Poles Apart

#9. He has never been in a long-term relationship

#10. If he wants to end the relationship, he will not say it

In fact, he will start behaving weirdly, just out of the blue, so that you leave him. In this way, he will remain the good boy and you will become the bad person who left him.

Recommended Read: If You Are Getting Married Anytime Soon, Make Sure You Make These Deals With Your Groom To-Be

Do any of these traits sound similar to your boyfriend? If yes, then he might be an immature person. However, every relationship needs work as no one is perfect, but if your guy is just not willing to put in effort to make the relationship work, then it is better to run in the opposite direction.