The journey of nourishing a life inside you is not at all easy and it is different for every woman. Scroll down as the soon-to-be-mommy, Lisa Haydon reveals how her 2nd pregnancy treating her!

The journey of nourishing a little being inside your belly for nine months is not at all easy. There are days when you feel completely tired to nights when you cannot sleep and seeing yourself put on weight can also take a toll. Like every person, every pregnancy is different, and Bollywood actress, Lisa Haydon, who is soon going to be a mother for the second time, is facing similar issues. (Recommend Read: Sanjay Dutt Reveals His Mom, Nargis Was Louder Than Wife, Maanayata, Says She Never Lets Him Fall)

We still remember Lisa Haydon's whimsical beach wedding with her then-beau, Dino Lalvani in the year 2016. And after her wedding came the happy news when Lisa became the mother of a baby boy, whom she had lovingly named, Zack Lalvani. A couple of weeks ago, the actress had announced her second pregnancy with a family picture with her son and her husband, and the entire world showered their wishes.

Amy Jackson Flaunts Her Baby Bump, Announces Her 35th Week Of Pregnancy In The Latest Picture 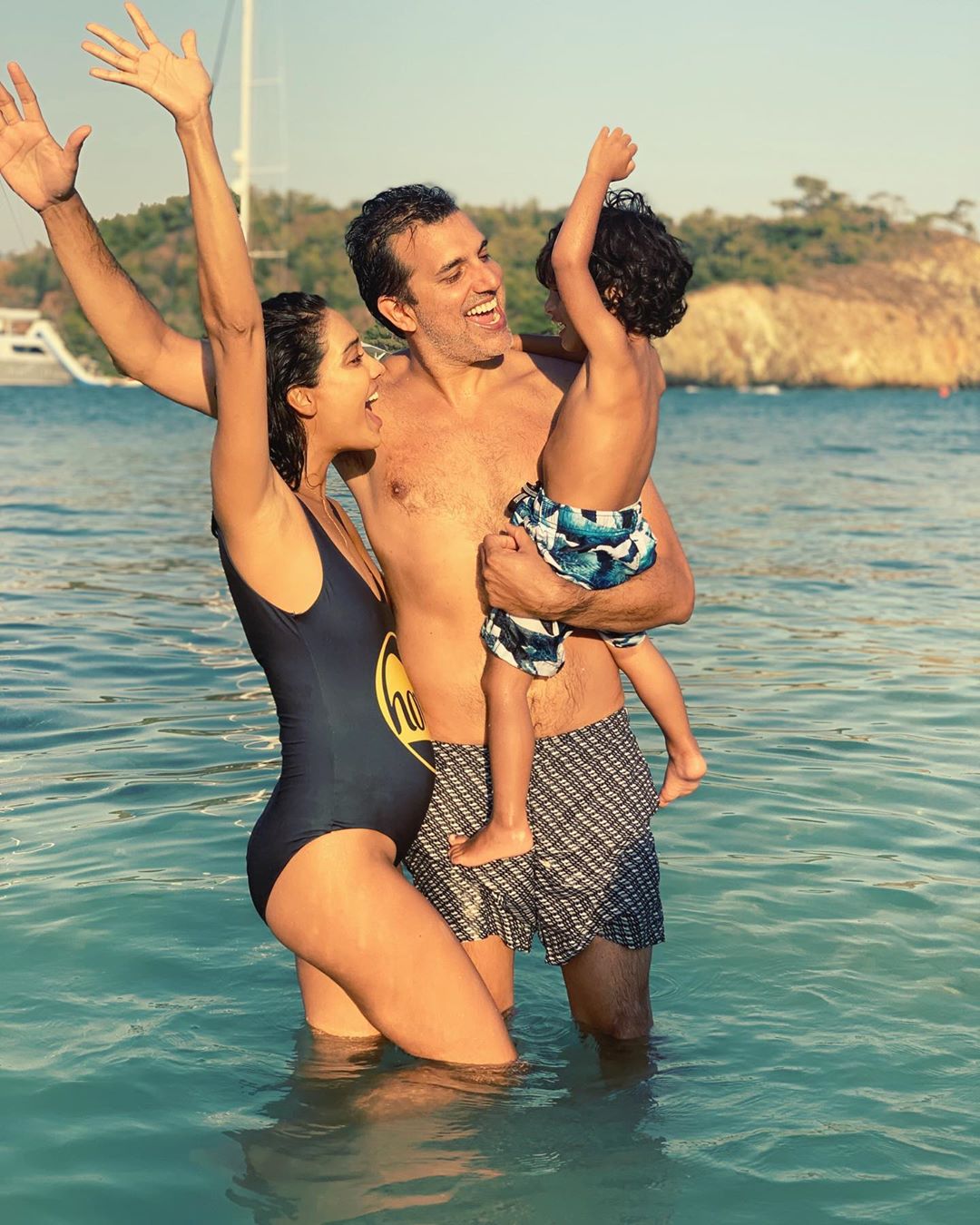 On September 10, 2019, Lisa took to her Instagram handle and shared a gorgeous picture flaunting her baby bump. Along with it, she wrote, "Baby waves with my baby bump. I was gonna post this as my “coming out” picture. But I thought the joy of another addition to our family belonged to all three of us so that’s what was posted instead. Here is a throwback to being #16weeks pregnant with #2. I wrote this a few weeks ago in answer to lots of questions about exercise when preg and nausea .. since writing this post I haven’t done any exercise or even gone for a walk. Lots have been eaten through  and our baby is so far, so good and that’s all that matters." 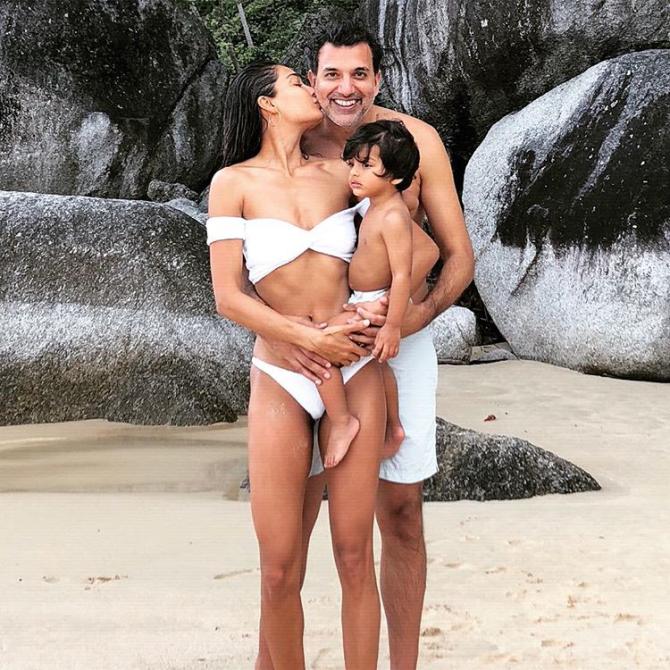 In her post, Lisa also shared how her second pregnancy is different from her first. Talking about the same, she said, "This first trimester was rough. Nothing like my first pregnancy... surfing was something I had been doing from before and was disappointed at the thought of having to stop. I checked with my doctor who surprisingly approved and said one should carry on as usual. Of course, with precautions. I tried doing other forms of exercise but, All other exercises would make me feel worse - this was practically my only release (and sucking on a Lemon) to feel better from intense nausea and also get an adrenaline kick- I mean, it’s high." Lisa further wrote, "After doing loads of googling on the subject, I found multiple articles on surfing when pregnant.. and was relieved to know I’m not the only one. Positive, I haven’t got many if any, pregnant surfers following me, but if I do, here’s what I learned and followed. 1. Surf on foam board (unless modelling for the first baby photo. Then pose with hardboard, 2. try and paddle on your knees. I actually felt nothing when paddling on my stomach, so I did. 3. Don’t go out in crazy surf. 4. listen to your body and to your doctor. This morning I took a moment to appreciate how much better life is feeling moving on from trimester one, another high. Week 16 was my cutoff to stop and so, until next year baby waves " (Also Read: Sonam Kapoor Ahuja Wishes Her '64 Years Young' Father-In-Law On His Birthday With A Family Picture) In a throwback interview, Lisa had talked about how motherhood has been working for her and had shared, "Motherhood is going really well for me. Obviously becoming a mum is an amazing experience in any woman’s life. I spent a good 4/5 years really intensely jumping from film to film and having that little moment of stepping back a little has been wonderful. But of course, I’ve been running back and forth to Mumbai for my endorsements and TV Show. Hopefully, films soon."

In an interview with The Hindu, Lisa had opened up about life after marriage and had said, "Nothing changed after marriage. I have an amazing husband who backs me up in every way and I went straight back to my work commitments. What’s changed things now is my pregnancy. But maternity leave has been awesome so far. It’s like this enforced holiday. I know I’ll be raring to get back to work after we have our baby. I’d love to do a comedy as I have really been enjoying the genre. I hope someone offers me a comedy film shot in London in the summer. That would be perfect." (Don't Miss: Sidharth Malhotra Spills The Beans About His Relationship Rumours With Kiara Advani And Tara Sutaria)

Well, we cannot wait to hear more from the soon-to-be mommy, Lisa! What about you?