Isn’t it touching to know that beneath the facade of a Bollywood hero is a man-in-love who dotes on his wife, and is ready to go to any length to bring a smile on her face? Although heartbreaking news of breakups and divorces plague the B-town every now and then, there are still some actors who don’t give in to the alluring temptations. These husbands from B-town stand by their better halves through thick and thin.

Here are some of the most loving celebrity husbands of Bollywood. So, ladies, if you are reading this, we say it is time to share these secrets with your man, to give him some 'not-so-subtle' hints. And, guys, if you are already here, then we need not say more than just, take a look! Khiladi Akshay Kumar, a Casanova in the past, transformed completely after he married Twinkle Khanna. On Twinkle’s birthday last year, Akshay shared a lovely couple picture and shared:

Akshay never leaves a chance to publicly acknowledge his love for his wife. Riteish met Genelia in 2002 while shooting for their debut movie Tujhe Meri Kasam, and soon became friends. And, it was this friendship that made them realise the love they felt for each other, even when they were not together. And as Riteish once said:

“We learnt about life, love and work together. It was gradual. It wasn't overnight. We were friends and the bond just grew and became stronger. I just felt that she was the one. I'm too much in love with her. That is it.”

A relationship based on understanding and friendship without insecurities, makes this beautiful couple shine out from rest of the celeb crowd. What’s more? Riteish has always been supportive of Genelia’s career choices and has given her enough freedom to make her decision, independently, even after marriage. Have you heard of a man going on a paternity leave before the birth of his baby? Meet Imran Khan, the dashing star who has refrained from taking on any major projects because he wants to spend time with his expectant wife, Avantika. In fact, he even took Avantika on a babymoon around Europe when she was pregnant. Such love dedication is rare and beautiful. Abhishek has gone on record many times saying that marrying Aishwarya was the best thing he did in his life. The doting husband has steered clear of any linkups and rumors with co-stars, (if you disregard his relationship with John Abraham, of course!). Abhishek proved his dedication as a husband when he once chose to remain by his wife’s side at the funeral of one of her relatives, instead of being present as the guest at the Kingfisher Calendar launch.

You May Like: Top 15 Breathtaking Post-Marriage Looks Of Aishwarya Rai Bachchan That Stole Our Hearts 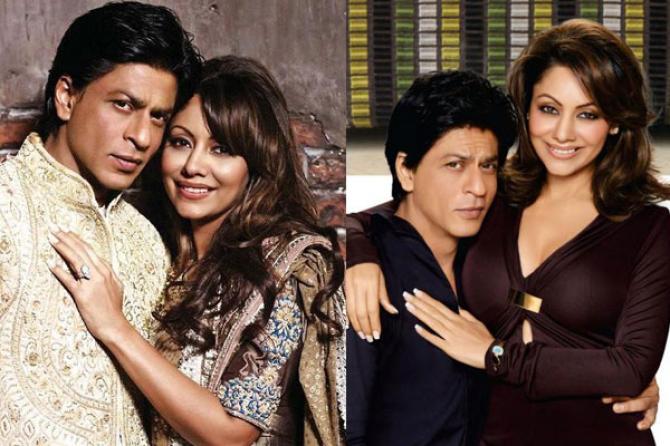 The love story of Shah Rukh and Gauri is what fairytales are made of. Their love and commitment have risen above the differences of religion and class, which has been an example for all couples within the industry and outside to follow. Shah Rukh, the open-minded guy that he is, has never forced Gauri to convert to Islam. The couple celebrates festivals of both faiths, and their children have neutral names, the most beautiful name being of the youngest baby AbRam, which has both Ram and Abraham in it. What’s more? Quoting King Khan here:

"I don't know whether I am a nut, but I am very intense about my love for Gauri. She's a part of me."

Don't Miss: Shah Rukh Fell For Gauri At The Age Of 18 And Asked Her For Dance, Which She Turned Down 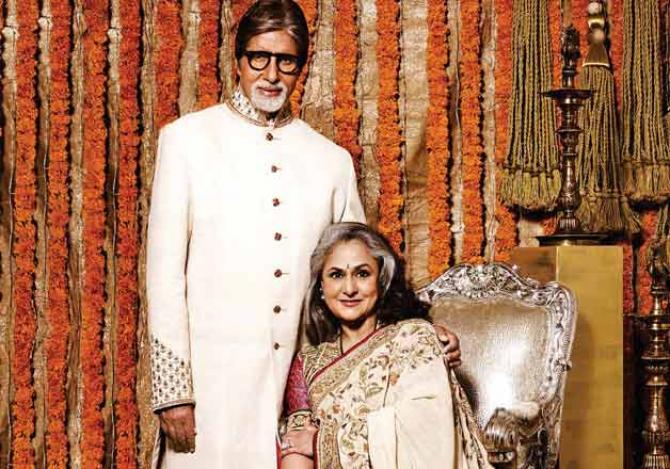 Amitabh Bachchan got married to Jaya Bachchan on June 3, 1973. It’s been more than 40 years and their marital life is still going rock solid. Amit ji never leaves any stone unturned to do anything for his wife’s happiness. Once, he said:

“Every marriage is a challenge, and mine wasn't different. One thing I find very admirable about Jaya is that she chose to give preference to home not films. There was no obstacle from me ever, it was her decision.” Those intense eyes and brooding looks of Ajay Devgn is what made Kajol fall for him. Recently, we brought to you the story of how Ajay Devgn got married to Kajol in which he said:

“There was no proposal! We became friends, and then realised we are seeing each other. One day, we decided to get married. I didn't want to make a big issue out of my marriage. So, I came out of my bedroom, got married on my terrace, went back to my bedroom!”

More than a good husband, Ajay is a good human being as well. And that’s the reason he is one of the best celebrity husbands in Bollywood.

Also Read: Kajol And Ajay Devgn's Love Story Proves That Opposites Do Attract And Can Make The Best Couple There is no dearth of doubt in accepting that Saif and Kareena make the most popular couple of Bollywood. And now, with their little munchkin, Taimur Ali Khan, the limelight has only gone uphill. There have been many instances which prove that Saif is really a doting husband for Kareena. And one such instance happened before Taimur was born when Kareena was getting bombarded with questions on her pregnancy status. The caring husband, Saif, came out in the front and commented:

“Don't you think it's disturbing how often women in the industry get asked when they are getting married or having babies? It comes from a certain mindset, as if pressuring them to retire and not applaud that they are working.” 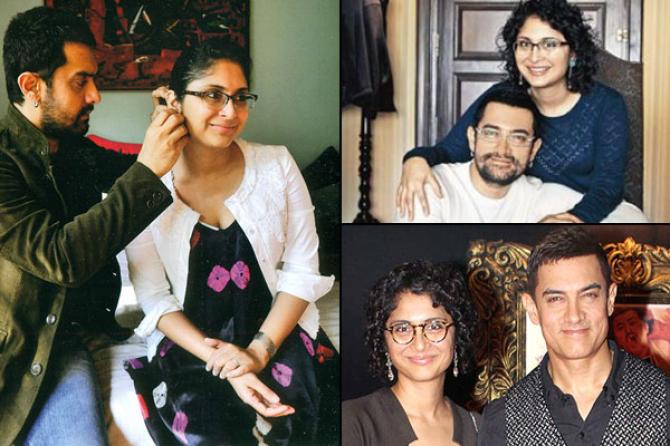 Bollywood’s Mr Perfectionist, Aamir Khan has been married to Kiran Rao since December 28, 2005. We’ll include just one quote of Aamir here and that would prove how much he loves Kiran and that he is such a great husband. About Kiran, Aamir once said:

“I love her energy; it is a very vibrant and positive energy which I find comforting and healing. She is a very happy person, her sense of aesthetics and design, and I love the fact that she is totally in love with her creative instinct. Kiran has contributed a huge deal to me- to my personality and to my very hectic fabric. I am much more relaxed ever since she has come into my life.” 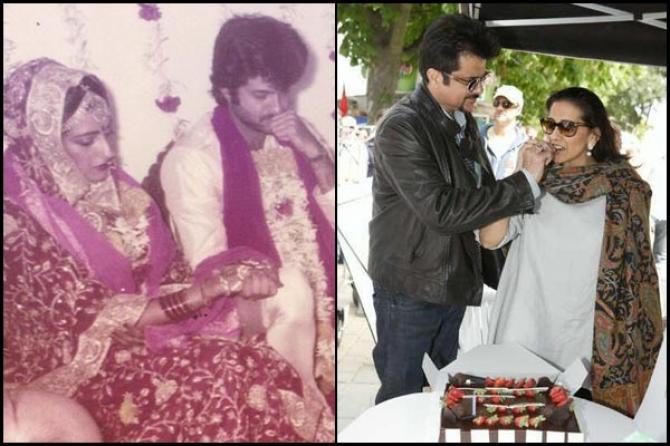 The ever-young superstar, Anil Kapoor, got lucky in love very early in life when he married Sunita Kapoor. The handsome actor has gotten several opportunities to work alongside many beautiful actresses in the industry and yet he always remained faithful and loyal to Sunita. In his own words: Shahid Kapoor tied the nuptial knot in 2015 with Mira Rajput and since then he has been a constant example of a doting and caring husband. The fact that he was all there for Mira during her pregnancy speaks volumes about the fact that he is one of the best husbands in Bollywood. To read more, check out: From Pampering To Parenting, 9 Wonderful Things Shahid Did For Wife Mira During Her Pregnancy

Marriage is a two-way street, and this is something that most Indian men fail to notice. So, guys, take a hint from these lessons that our B-town's most loving celeb husbands are giving out, to make sure that you become your wife's 'real-life hero'.