Like any other father, these Bollywood dads too manage their work, home, spouse and kids with perfection. Let us talk about a few super dads from B-town who deserve a special compliment for essaying this tough role with ease and aplomb.

These dashing and successful dads do not shy away from showing their love for their bachchas, openly. Not only this, they also want to build a strong character in their child.

So, all the dads and dads-to-be, take a clue from these Bollywood dads and become your child's friend, guide and hero.

Recommended Read: 10 Most Loved Bollywood On-Screen Dads That Would Remind You Of Your Father 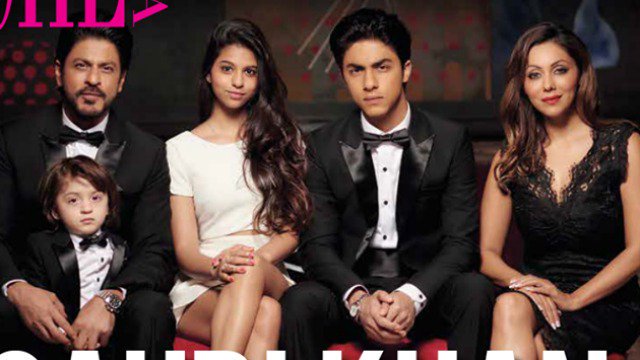 Everyone knows that the Badshah of Bollywood is a complete family man and a doting father. Despite his busy schedule, Shah Rukh Khan is doing it all from reading bedtime stories to his kids, and attending daughter Suhaana's dance performance to cheering them at their Taekwondo championships, and getting in shape for son Aryan. Being born in an inter-faith marriage, King Khan has even given his children enough freedom to choose their religion. SRK leaves no stones unturned to be a perfect dad. And now with his youngest son AbRam in their lives, SRK seems to have become a hands-on father. 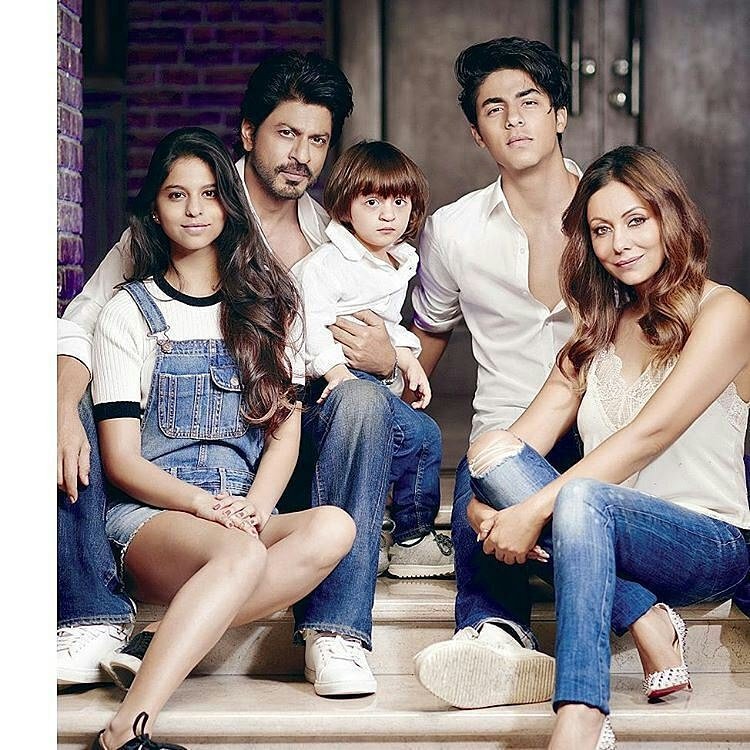 "I don’t have many friends. My kids are my closest allies, best friends. And I can share all my deep, dark secrets, my happiest or saddest moments with them." His parenting mantras and dreams for his little darling are quite simple, yet motivating and uplifting. He wants his daughter, Aaradhya, to make her own choices when it comes to making a career. Here is what Abhishek has to say about being a parent, 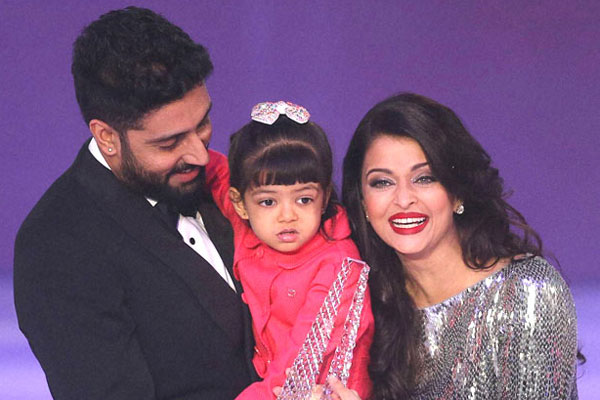 Well, besides being firm on Aaradhya learning the basic principles, he makes no compromises when it comes to fondling and handling. When Aaradhya turned 15 months old, Abhishek gifted her a holiday home in Dubai. When it comes to parenting this is what Abhishek has to say, He is a complete hands-on father who makes sure that he is not missing out on any fun. The action hero often steps out of the spotlight for babysitting and watching animation films with kids. Here is what Ajay Devgn says,

“I take time out to spend with my daughter. I have the responsibilities of a father as well as that of my family. So I have to take care of all.” Apart from celebrating the moments, he tries to keep his kids away from media glare. He even makes sure that he makes up for the time he is not available. Ajay has even made positive changes in his daily routines at home for the sake of his kids. He has been quoted saying:

“I have started eating my dinner at 9pm after which, I read for an hour to Nysa. She just loves reading.”

Must Read: The Love Story Of Kajol And Ajay Devgn Proves That When Opposites Attract This Happens Yes, he always has his hands full of work and his new family life with wife Kareena, but that does not keep him away from being a full-time dad. Despite his divorce with his first wife, Amrita Singh, there is nothing that keeps him away from doting on his kids. Chote Nawab can give best of everything to his son Ibrahim and daughter Sara. But, it is his time, care and guidance that make him a devoted father. 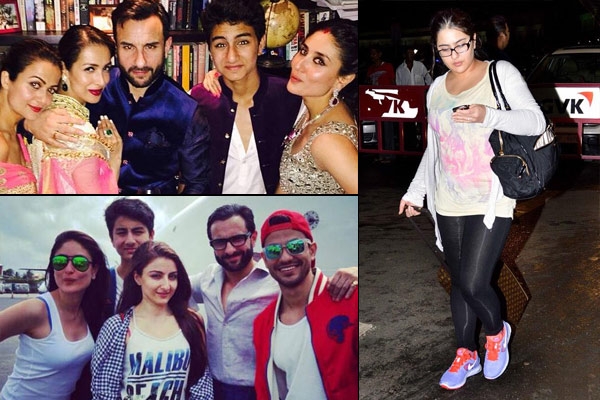 Apart from giving a royal treatment, he makes it a point to give enough support and encouragement to his children. From school functions, to movies and parties, he puts in all the efforts to gel well with them. Even after getting married to Kareena, Saif was quoted saying:

"The most important thing in life is balance. I’m never really happy until I spend time with my children and my wife." Saif and Kareena welcomed their little prince, Taimur Ali Khan Pataudi on December 20, 2016, and the cutiepie has already become everyone’s favourite. When Saif became a dad at 46, he happily quipped: 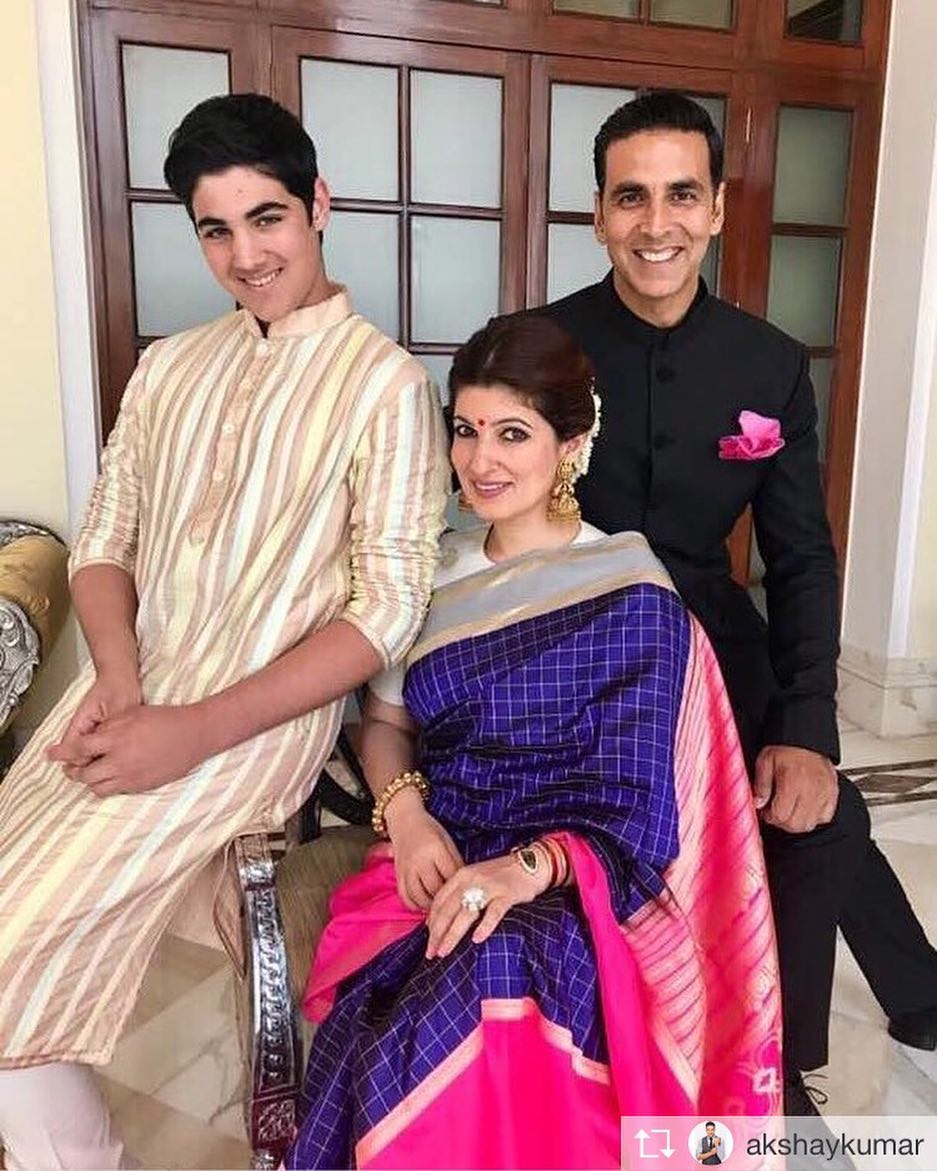 The rough and rowdy Akshay who goes lengths to give his best on silver screen melts to bits when it comes to his children. Son, Aarav is lauded with love and utmost care by the Khiladi of the big screen. His love is clearly evident through the tattoo of his son's name inscribed on his back. He teaches his son martial arts and also encourages him for other sports. Akshay has his own talented way of pleasing his child. He also hosts special screenings of his films for Aarav and his friends. Akshay even encourages his son to take on charity causes. 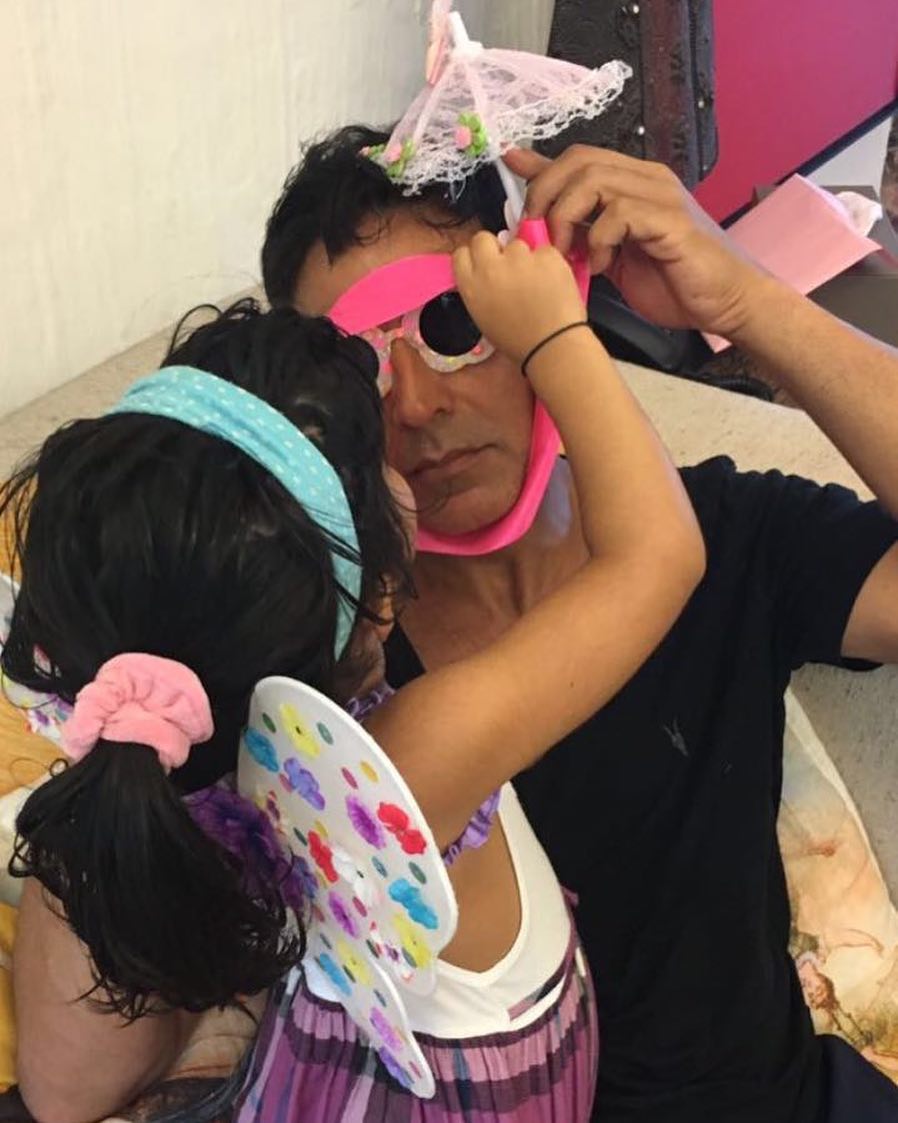 This rough and tough dad is also emotional. This is what he tweeted when his daughter was born:

“There is no greater feeling in life than holding your baby for the first time. I wish I could express more about how HAPPY I am right now, but I’m at a loss of words.”

You may like: 7 Things That Prove Why Akshay Kumar And Twinkle Khanna Are The Power Couple Of Bollywood Superstar is an understatement when we talk about this Bollywood dad. He is a megastar not only for his fans, but also for his kids. He is a complete family man who considers his kids and grandkids as 'wonderful gifts'. He has never differentiated between his son and daughter. AB Sr. says:

"Because Jaya and I do not consider Shweta as paraya dhan, we both have already decided that whatever little that I have will be divided between both Abhishek and Shweta equally, when I die." Dum fame actor Vivek Oberoi entered daddy zone when he was blessed with his first child, a baby boy on February 6, 2013. When Vivan Veer looked up at his father for the first time, this is how Vivek felt:

"It seemed he owned me and my universe in that one moment and that was the most beautiful feeling in the world."

Vivek has openly expressed his feelings time and again about his newborn. The actor said that he wakes up a few hours early, before leaving for his shoot, so that he can hold his son and spend time with him. 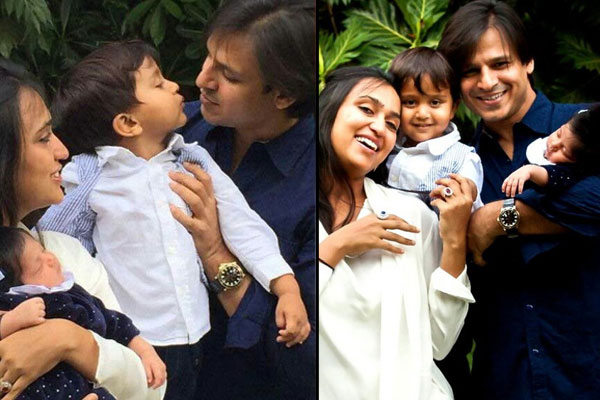 Vivek and his wife Priyanka welcomed their second child, a beautiful baby daughter, who they named Ameyaa Nirvana on April 21, 2015. With the arrival of the little princess, the Oberoi family looks like one big and happy one! 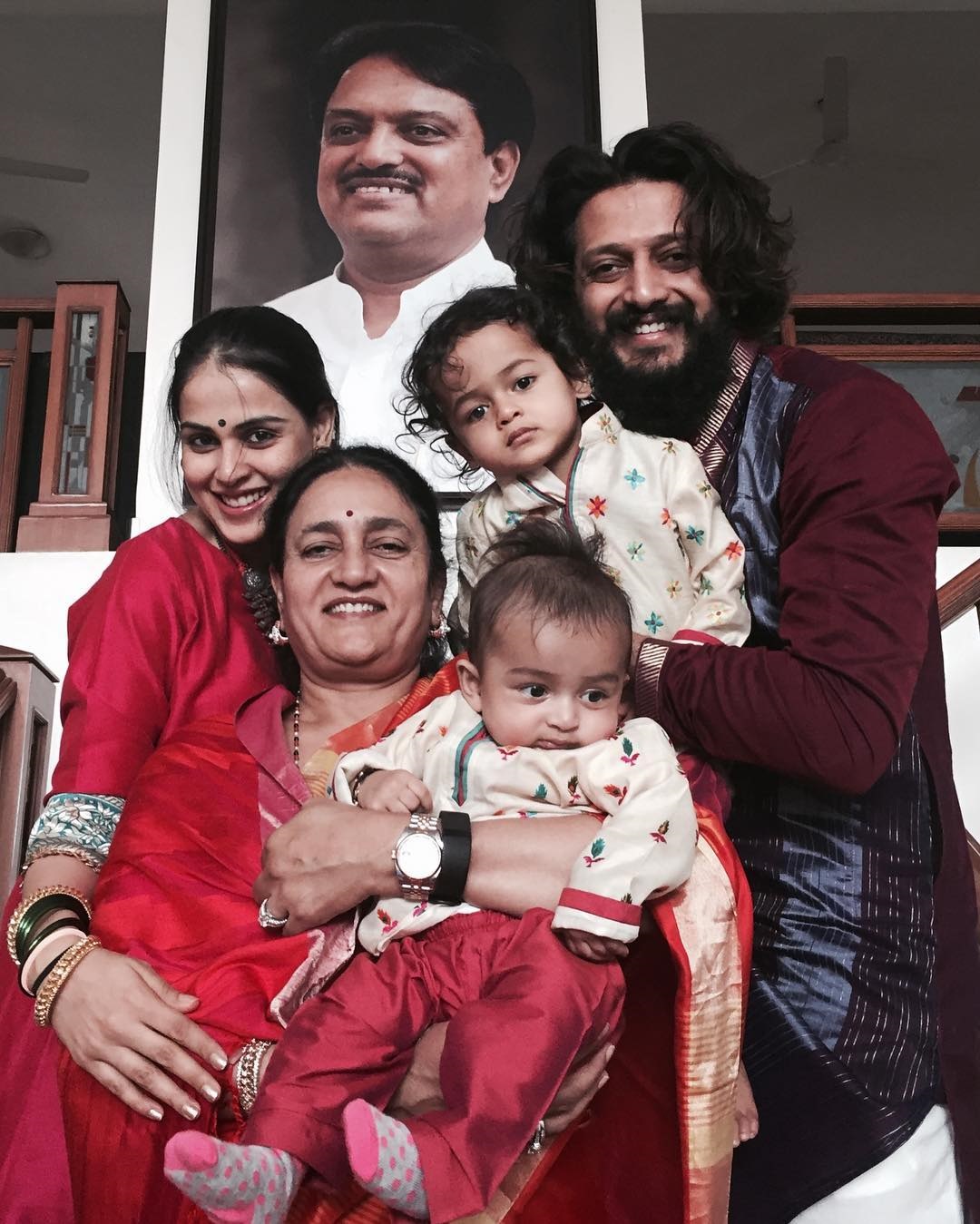 Riteish is not just a super husband, but also a lovely and doting father to his tiny boys, Riaan and Rahyl. If you take a look at his Instagram account, you will know despite being busy, how he takes out time to be with his sons and play with them. Recently, when Riteish’s younger son Rahyl turned one, the cutesy daddy actually baked a cake for him. Isn’t that beautiful?

Here’s a video of him baking the yummy cake.

These Bollywood celebs undoubtedly epitomise fatherhood in more ways than one. Thank you Bollywood daddies for inspiring so many people out there. For more updates on your favourite Bollywood celebs, stay tuned with us.

Next Read: Top Most Talked About Famous Bollywood Star Kids