Leander Paes and Rhea Pillai's love story is a twisted tale. While the ace tennis player, Leander stated that he was never married to Rhea, she filed a case of domestic violence against him and his father. Details inside!

Showbiz is a perfect place to get fame and success in life. However, sometimes, it comes at the cost of your personal life. This industry has seen so many divorces of couples, who were once madly in love but ended up fighting over alimony and children custody. One such case was of the ace tennis player, Leander Paes and his wife, Rhea Pillai!

The famous Indian model, Rhea Pillai is so unlucky in love that she ended up divorcing twice. Rhea was the second wife of Bollywood actor, Sanjay Dutt, but the two got separated after Rhea had fallen in love with Tennis star, Leander Paes. However, they had also parted ways after living together for more than 10 years. 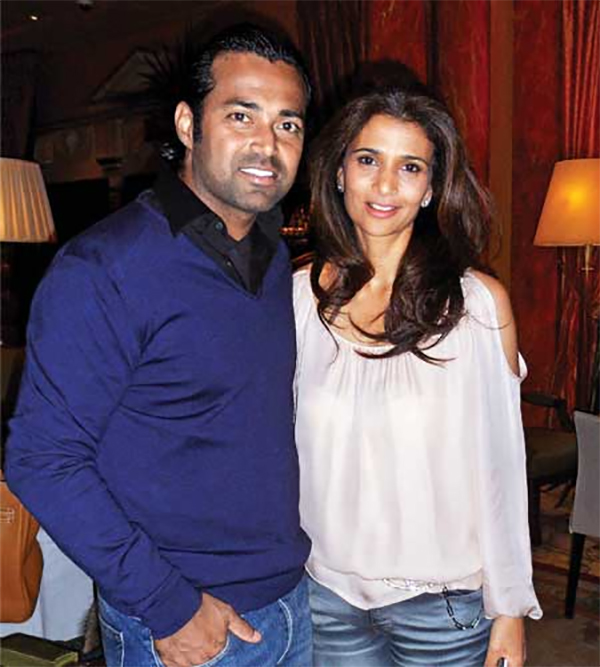 Rhea Pillai was the ex-wife of Sanjay Dutt. She had cheated on Sanjay and had started dating Leander Paes in 2003. Though the two were in a live-in relationship, rumours had it that Paes had got married to Rhea between 2005 and 2008. It is reported that their wedding ceremony had taken place in Colaba, but there is no strong evidence to confirm the same. Leander Paes and his rumoured wife, Rhea, had embraced parenthood with the arrival of their daughter, Aiyana. However, in June 2014, Rhea had filed a case against Paes and his father, alleging domestic violence and had demanded the custody of their daughter. In 2017, it was reported that Leander Paes was paying Rs. 1.5 lakh per month to Rhea Pillai, while she had requested him to pay Rs. 2.62 lakh. Aiyana was diagnosed with a brain tumour in 2016 and Rhea had wanted Leander to pay Rs. 1.87 lakh for their daughter's medical expenses and Rs. 75,000 for herself. As part of the pleadings, Rhea had also submitted evidence in the nature of Bank statements, receipts and payment slip to court to show that the money spent from her bank accounts on the shared household and the amounts borrowed by Leander from her, all run into crores were not returned.

According to Rhea, Leander had conveniently made her pay for the shared household and their daughter, Aiyana's medical and educational expenses and had also borrowed money from her for his own expenses. In his reply, Leander had stated that he has very meagre savings. Instead of reconciling after their daughter, Aiyana's medical condition, Leander and Rhea, both had continued their legal battle and the case had taken new twists and turns after every hearing.

Also Read: Leander Paes' Love Life: List Of All The Women The Tennis Player Had A Romantic Relationship With

Leander Paes denied Rhea Pillai to be his wife 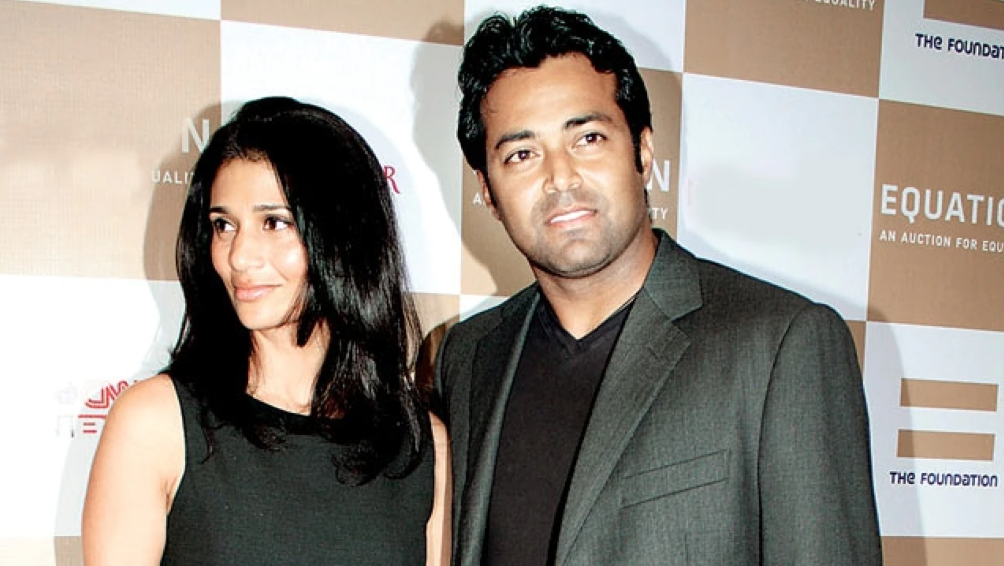 Leander Paes, had later, started fighting on the grounds that he was never married to Rhea Pillai, she was not his wife and thus, he wasn't entitled to abide by her. But, Rhea had moved an application seeking Leander’s passport and other relevant documents. In the pleading on the domestic violence proceedings in the Magistrates Court, Rhea’s name was mentioned in the column of “Name of Spouse” in Leander's Indian Passport issued on February 19, 2008, expiring on February 18, 2018. 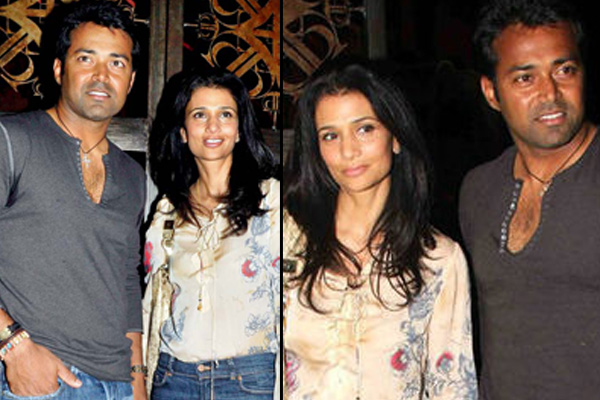 A friend of Rhea had slammed Leander Paes for denying her to be his wife. SpotboyE had quoted her friend as saying:

"What Leander is doing is just silly. Leander was living with Rhea as her husband from 2005, impregnated her with a child- and now says that he was never a husband. Anyway, Rhea has damning evidence against him which she and her lawyers will produce in the Court when it matters. The very fact that he was living-in with her is enough to nail him under the DV (Domestic Violence) Act."

The friend had further added that Leander was just running away from his responsibilities and had said:

"Aiyana is as much his as Rhea's. He is just shirking responsibility." Rhea Pillai had reportedly borrowed money from her friends as she had drained off all her savings. Ever since Leander Paes had moved out, she had taken care of the house and their daughter. He had started paying her Rs 1.5 lakh per month only from 2014. Rhea had fought for their daughter’s welfare and had demanded justice from the law.

Rhea Pillai on her relationship with Leander Paes 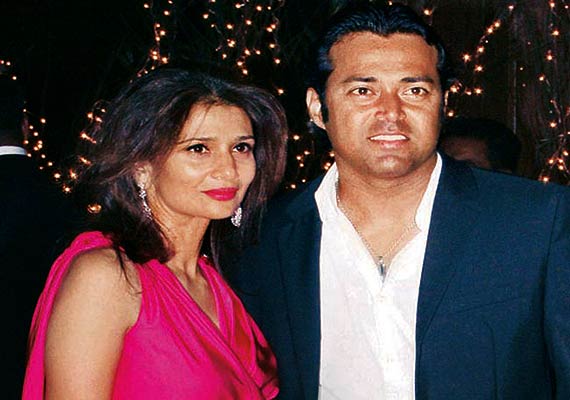 In an interview with Mumbai Mirror, Rhea Pillai had talked about her relationship with Leander Paes and all that she had suffered. From Leander locking her and their daughter outside the house to him cheating on her, Rhea had recalled everything.

When Leander had locked them out of the house:

"Yes, Leander locked me out. I'd gone with my child for a birthday party. Leader and his mother were running out of the building as I was entering. They even put my clothes in boxes and threw them out. Actually, five people had forcibly broken into my house once before too."

When 5 people had forcibly broken into Rhea's house:

"I was away in Rishikesh. They hacked into my computers and took away sensitive emails and some of my photographs. As I talk, cops are with me in my house, so is my friend Gauri Khan. Thank God, my child isn't here. She is at Rani Mukerji's house. It is her niece's birthday." 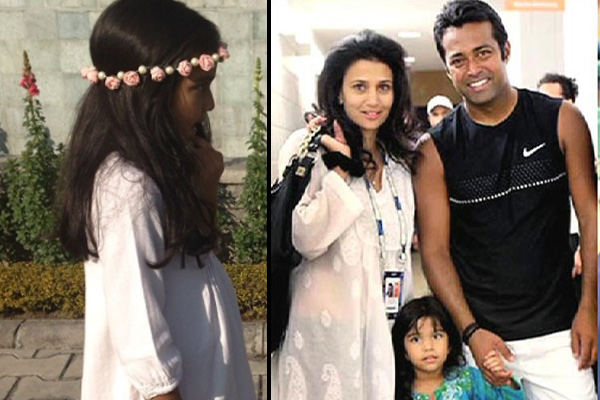 When Leander had accused her of being wild, bohemian and of violent temper:

"The court wants evidence. His lies hurt me but my truth will kill him. Lovely, can he prove it? And now he wants the custody of our daughter. Which court will give him the custody when he has hardly been involved in her parenting? He doesn't even know where she is at any point of the day. From her report cards you can see that she is doing well. I am involved in her academics while Leander is not in the country for more than six weeks a year."

When things went wrong between Leander Paes and Rhea Pillai:

"Nothing was ever hunky dory. I was just saving my marriage for the sake of my child. I had made peace with myself but there came a point when I decided that we needed to separate. His ego couldn't accept my decision."

On Leander cheating on Rhea and since when: 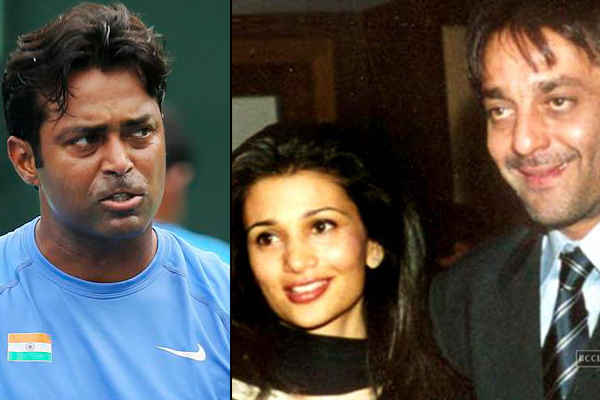 When asked about lying to Leander about her divorce with Sanjay Dutt, claiming that she had got it in 2006 while the decree came through in 2008, Rhea had said:

"My divorce did come later but I did not lie to him."

When Rhea wanted Leander to behave like the father of their child and had mentioned:

"I am not interested in staying here. Who wants to live a life full of fights, blackmails and accusations? But first he needs to start a trust fund for our child's security. We will happily leave him then. But first behave like a responsible father, Mr Leander Paes."

Rhea was never ready to give the custody of their daughter to Leander and had said: 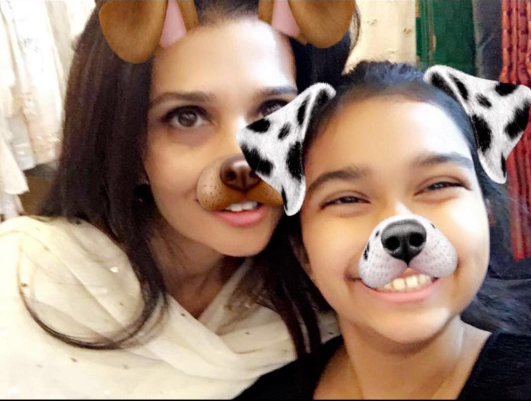 The case got uglier and worse with time, with the mystery if Rhea was Leander's wife, hanging behind. In 2019, Supreme Court had given the family court a year to decide on Leander and Rhea's maintenance case. Reportedly, no verdict has been made yet. Leander Paes is currently dating actress, Kim Sharma.