Lata Mangeshkar was allowed discharge from the hospital but her sister, Usha Mangeshkar thought that it would be better to keep her there for 1-2 days more and the reason is just as fair. 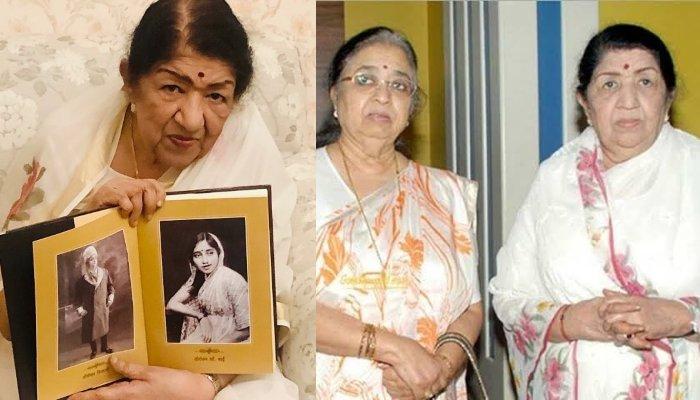 When you think about the era of the 70s and Bollywood, what is the first word that comes to your mind? Music, right? And that is all because the Hindi film industry has bestowed us with singers who will live with us for eternity. And one of them is the ‘Nightingale of India’, Lata Mangeshkar. Aaj Phir Jeene Ki Tamanna Hai, Tere Liye are the songs that we take refuge in whenever life pelts a big blow on us. Until recently, when our hearts took a standstill upon hearing a recent update about Lata ji. (Do Read: Amitabh Bachchan Reveals His Body Is Giving Signals To Slow Down, Posts Picture From Hospital Bed)

Unfortunately, it was on the wee hours of Monday (November 11, 2019, at around 2 am) that Lata Mangeshkar had to be rushed to the Intensive Care Unit of Breach Candy Hospital after she faced acute breathing issues. Sharing an update about Lata ji’s health, a source had shared with the PTI, “She was brought to the hospital at about 2 am. She is critical and in the ICU.” After spending a day at the hospital, Lata ji was allowed discharge but her sister, Usha Mangeshkar thought that it would be better to keep her there for 1-2 days more and the reason is just as fair. 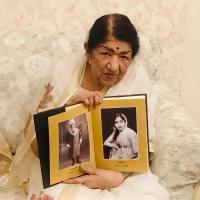 With various reports doing the rounds that Lata Mangeshkar is back home all hale and hearty, a latest SpotboyE report has confirmed that the legendary singer will stay back in the hospital and will be treated for 1-2 more days. Her sister, Usha Mangeshkar stated, “Lata Didi is 90. She is better and doctors were okay if we wanted to take her home today. But we ourselves told them that considering her age, it is better if we keep her in the hospital for 1 or 2 days more." Usha ji further added, “She will be fine. She had developed viral fever and a stomach issue. Aajkal medicines aur technology achchi hai, so it works. But again, as I said she is 90, so we thought that it would be better that we don't treat her at home." However, contrary to this report, many other updates also have it that Lata ji has already been discharged from the hospital and is back home. 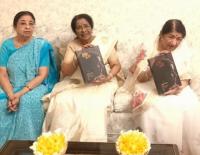 The latest update about Lata Mangeshkar is that she is still in the hospital and is recovering well. Her family shared in an interview with the IANS, "Lata ji is stable. Her parameters are good. Honestly speaking, she has fought so well that she is coming out of this setback. Being a singer, her lung capacity has pulled her through. Truly a fighter. We will update everyone when Lataji gets discharged and comes home." 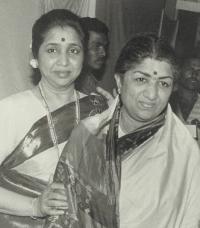 When reports of Lata Mangeshkar’s ill-health had created a havoc amongst her fans, her sister, Usha Mangeshkar had shared a much-needed update of the hour with the PTI about her health. Usha ji had revealed, “Lata didi is still in hospital. She is under observation. She is doing absolutely well and is stable. She will be discharged by tomorrow. We thought it's better to treat her at a hospital because of the viral infection so she is there for today.” (Must Read: Deepika Padukone Falls Sick After Fun At Best Friend's Wedding, Looks Like She Had Too Much Fun) 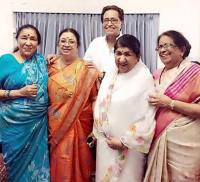 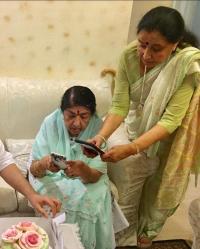 Quite like her sister, Lata Mangeshkar, Usha Mangeshkar too has lent her voice to an array of films, one of the famous ones being the hit item number of the late 70s, Mungda. In a recent interview with DT Next, Usha had spoken about her star sisters, Lata Mangeshkar and Asha Bhonsle’s influence in her life, “They have been a guiding force, indeed. Both of my sisters have inspired me to be a better version of myself and not only as an individual but as a singer as well. I'll always carry a lot of gratitude and love for them in my heart.”

Usha Mangeshkar, in the same interview had also revealed if the phenomenal success of her sisters, Lata Mangeshkar and Asha Bhonsle paved her way towards playback singing in the Hindi film industry, “I have never compared my success or my music with anybody. Yes, I am privileged to be born in the family of successful singers, indeed. But I believe, I have paved on my own way through it all. My path has been led by music and music alone. Shrunk opportunities have never been a question.” (Also Read: Sakshi Tanwar Feels Daughter, Dityaa Is The Answer To All Her Prayers, Gave New Meaning To Her Life) 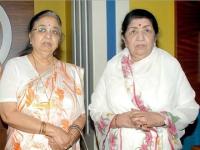 In a 2016 interview with the Hindustan Times, Lata Mangeshkar was asked if her equally talented siblings did not get the rightful amount of acknowledgement due to her own popularity. To this, she had shared, “I disagree with that. Today in Maharashtra it’s not just me who’s recognised. We are known collectively as the Mangeshkar family. But yes, to an extent the belief that other trees cannot grow under a banyan tree is applicable to my family.” 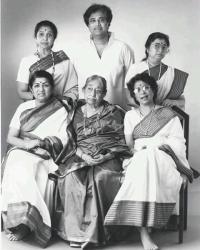 Having said that, we hope that only good health and happiness brews in the life of Lata Mangeshkar. Get well soon!