Lalita Pawar's life was a path full of ups and downs, both in her personal and professional life. However, it was her 'jazba' to stand again and shine that is worth knowing!

Some characters leave an everlasting impact on our lives, be it a heroic one or a villainous one. Some actors are beyond excellence as they give in their best to bring the character they are playing to life, enough that the audience starts to judge the person playing the character as well. A similar character was played by Lalita Pawar, which is etched into our memories forever. Yes, we are talking about Indian mythological drama, Ramayan’s evil character, Manthara, who had turned the tables in Ayodhaya and had sent lord Ram for a 14 saal ka vanvaas. It was the powerful acting of Lalita Pawar as Manthara that had made people hate her enough that it is hard to erase her from our memory.

Lalita Pawar had not only gained popularity with the portrayal of Manthara in Ramanand Sagar’s Ramayan, but she had worked in many successful serials and films like Shri 420, Dahej, Netaji Palkar, and Anari to name a few. While her professional life is known to many, a little is out in public space about her personal life.

Saira Banu Wishes Her 'Kohinoor' Dilip Kumar On Their 52nd Marriage Anniversary, Calls Him Her Jaan 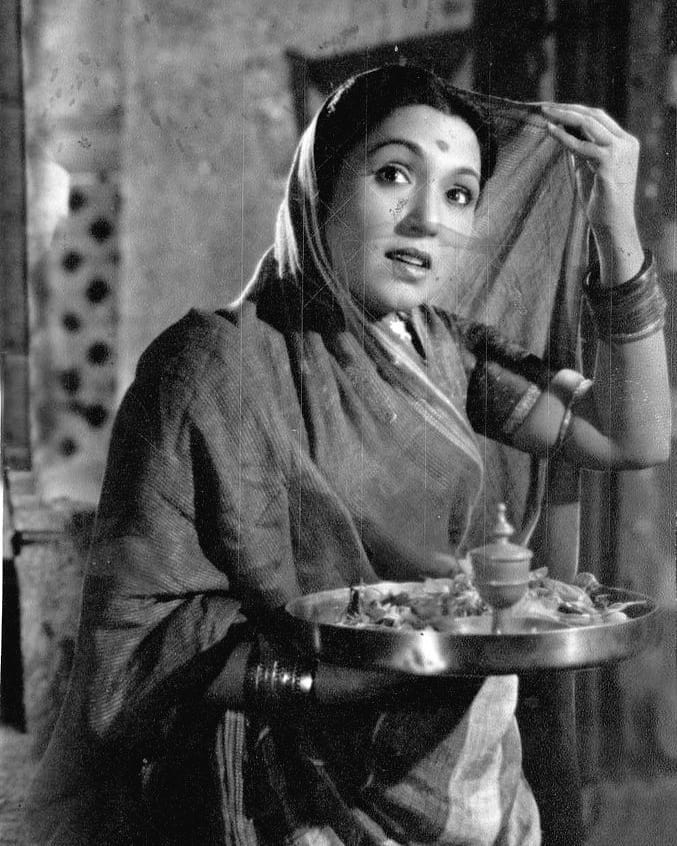 From how she had started her acting career at a very young age to how she was left alone when she had died, let’s dive into the life of one of the most talented actresses of her time, Lalita Pawar!

Started Her Career In Bollywood At The Age Of 9 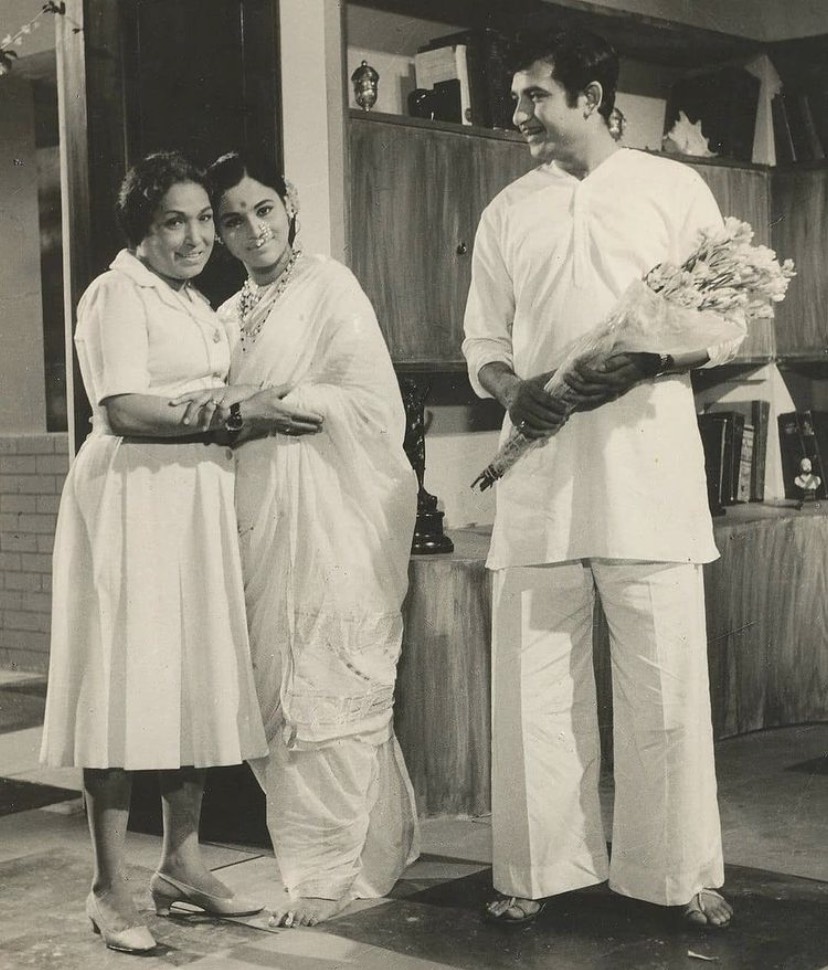 Lalita Pawar was born on April 18, 1916, in a well-to-do, silk business family. Her name when she was born was Amba Laxman Rao, which was later on changed to Lalita. She was so fascinated with acting that once she had gone to a film studio and had asked the director to photograph her so that she can see herself on the screen. Well, her dream had come true as the director was impressed with her screen appearance and had decided to cast her in his next film, starting Lalita's career in the entertainment industry. She was merely 9 years old when she had started acting and her first film was director, Y.D. Sarpotdar’s Raja Harishchandra. After starting at such a young age, she had worked in the entertainment industry till 1988.

An Accident That Changed Her Life 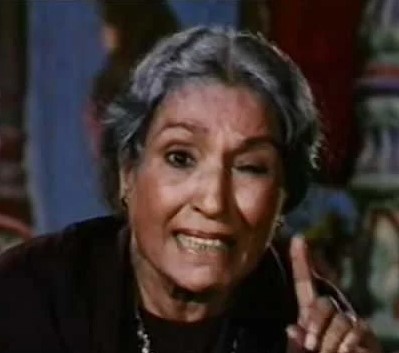 While her career was going smooth and she was gaining popularity, God had different plans for her. An accident on the set had changed her life forever. It was in the year 1942, when during the shooting of her film, Jung-E-Azadi, for a sequence, her co-star, actor, Bhagwan Dada had to slap her and things fell off the place then. Unfortunately, the actor had slapped Lalita too hard that her ear had started bleeding as a nerve near her eye had burst. She was immediately rushed to the hospital, but the wrong treatment had worsened her case and the right side of her body was paralysed for a few years. She had gone through the treatment for almost 3 years, but it had changed the dynamics of her career drastically!

In a conversation with Cineplot.com, she had said,

“My career as a leading lady came to an abrupt end, due to an un­fortunate incident during the shooting of Jung-E-Azadi. As per the scene, Master Bhagwan had to deliver a slap on my face and when he did so, it was so hard that I suffered facial paralysis as a result. My left eye was permanently damaged.”

The Drastic Change In Her Career 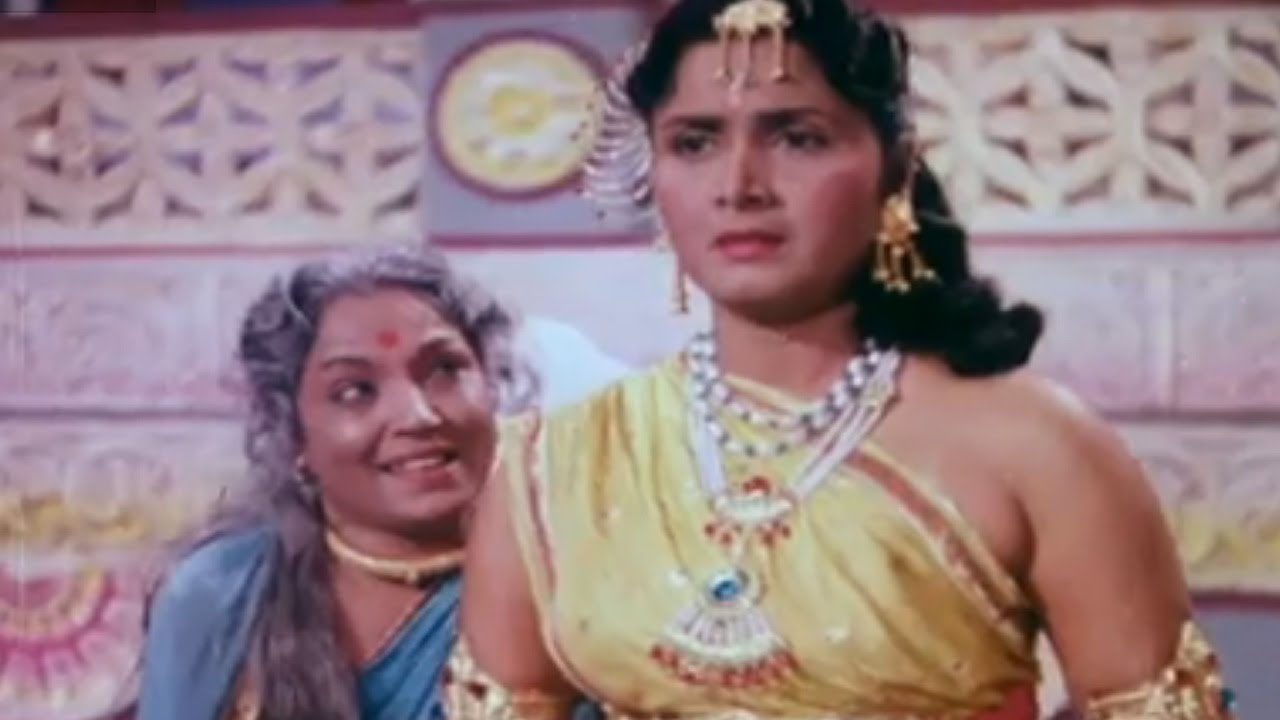 While initially, she was offered lead roles, post-accident and treatment, she was offered character roles. Rather than giving up, Lalita had taken every opportunity given to her and had acted as a supporting character in many films, making a strong comeback. During this phase, she was offered the roles of a strict mother-in-law and of the likes, thus creating a villainous image of her. She then started getting negative roles, which lead her to the role of Manthara in Ramanand Sagar’s Ramayan, which is still a benchmark character.

She had talked about the change in her career post her accident and had said,

“After that, I was out of work for almost three years and when I did return at work, I had no other choice but to accept character roles, even though I was just 25 years old! I had to play mother to heroes who were as old as me! Would you be­lieve, I am younger than Ashok Kumar? Raj, Dilip and Dev are also younger to me by just a few years…and I had to play mother to each of them! Anyway, I think the ac­cident was a blessing in disguise. Oth­erwise, I would have got stuck being a heroine and wouldn’t have got the chance to play the various kind of roles that I have played over the years. I won awards and rewards, honour and respect, love and attention. I am grateful to God, my film-makers and all my fans.”

Despite the adversities, she still had a grip on her career, however, her personal life had started slipping out of her hands. Despite climbing the success ladder in her career, she had faced betrayal in her personal life by none other than her younger sister. It was in the mid-1930s when Lalita Pawar had tied the knot with the filmmaker, Ganpatrao Pawar. Things were going smooth between them and she had also acted in his films, however, later, Lalita had gotten to know about her husband’s extramarital affair. Yes, Lalita's husband was having an affair with her younger sister which had made them end their married life. Lalita had later gotten married to another filmmaker, Raj Kumar Gupta, and together they have a kid, named Jai Pawar, who is a film producer.

In a 1998 interview with a journalist, she had talked about her second wedding and had said, “We had gone to Delhi-Agra for a holiday. My husband has always been a romantic person. Even the passage of time and our togetherness hasn’t changed him a bit.”

Death Due To Mouth Cancer After her second wedding, Lalita was diagnosed with mouth cancer and she had shifted to Pune. The veteran actress had then started believing that she is suffering in her life because of all the negative characters she has portrayed. It was on February 24, 1998, that Lalita had breathed her last at her Pune bungalow. At that moment, she was all alone as her family was not with her. When her son called her and nobody picked the phone, the family had rushed to their Pune residence only to find that Lalita had breathed her last three days before!

Lalita had faced everything in her life, from success to betrayal, but her strong willpower had made her an iconic star. The way she had bounced back at life every time a low had hit her is commendable!

Next Read: 'Mona Darling', Bindu Took Up Modelling At The Age Of 11, Re-Established Herself After A Miscarriage