'Mona Darling', Bindu Took Up Modelling At The Age Of 11, Re-Established Herself After A Miscarriage

'Mona Darling', Bindu Took Up Modelling At The Age Of 11, Re-Established Herself After A Miscarriage

'Mona Darling' or 'Shaboo', Bindu was the undisputed vamp of Bollywood in the 70s and 80s. She started her career at the mere age of 11 to sustain her family and struggled her way to carve a name.

The bold and beautiful, Bindu was a rage during the 70s. At the time when it was considered inappropriate for girls from good family to venture into acting, she made a name for herself with her bold and negative characters. The ‘Mona Darling’ of Bollywood had carved a niche for herself by choosing antagonistic roles without even thinking about people’s reaction and the stamp of being a vamp.

Born as Bindu Nanubhai Desai in Gujarat to noted film producer, Nanubhai Desai and theatre actress, Jyotsna, Bindu was always fascinated by the glamour world and had wanted to be an artist. A big fan of Vyjayanthimala, Bindu had started her acting career with the 1962 film, Anpadh, after which she starred in Ittefaq and Do Raaste. Both the films were box-office hits and she had received her first nominations for a Filmfare award for both the films. Although she wanted to be a heroine but her directors thought her to be too thin and with Do Raaste, Bindu started playing negative characters.

Aasha Parekh At The Age Of 78 Is Happily Single, Reveals Why She Never Got Married And Has No Regret Although Bindu had always wished to be an artist, her father wanted her to be a doctor. She used to take part in school plays and her friends had suggested that she should try her luck in films but her father never liked it. But when her father fell ill, the burden of her entire family had fallen on her. She being the eldest among eight siblings, had to take the responsibility of her family after her father’s death. In an interview with Cineplot, Bindu had opened up on the same and had shared, “My father had left a lot of debts and I was expected to clear all of them. That is how l started modelling and finally made an entry into films. I did a couple of documentary films which were sent abroad as part of a strategy to promote tourism in India.” 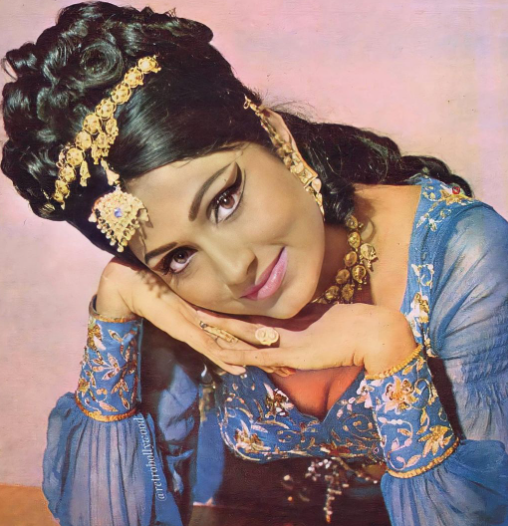 When Bindu had taken up modelling, she was just 11-years-old but she had looked 16 as she was well-built. After playing the role of Mala Singh’s daughter in Anpadh, Bindu continued her schooling. But soon she had met her future husband, businessman Champaklal Zhaveri. In a throwback interview with the Filmfare, Bindu had talked about how romance brewed between her and Champaklal and how she had become a bride at the age of 16. In her words, “He was my neighbour in Sonawala Terrace at Tardeo. We had a difference of five years between us. I didn’t fall in love with him immediately. Nor did I give in easily. Maine unko bahut sataya (I troubled him a lot). He’d ask me out. I’d give him a time but never turn up. I did this repeatedly. Naturally, he’d be upset, but never showed it. Or else he’d have lost me. I realised that it was not just lust or attraction on his part. We did face familial opposition but we were firm and eventually got married.”

(Also Read: When Vijay Anand's Niece-Turned-Wife Sushma Kohli Had Revealed The Kind Of Lover He Was In Real-Life) Till today, she is remembered as Shaboo for her hit dance number, Mera Naam Hai Shabnam from the film, Kati Patang. Since she had begun her career right after marriage, every role had brought her fame. She was not less than the heroine of the film industry and had got the same attention. She had once stated that gaalis from her audience were her biggest awards. The year 1977-1980 brought a great pain to her life. An impending pregnancy, followed by a miscarriage had brought gloom to her life. Recalling the same, Bindu had shared, “We had planned a baby and I was glad to be pregnant. After I completed three months I stopped working. But I had a miscarriage when I was in my seventh month. I was shaken. Yeh muqaddar ki baat hai, har insaan ko har cheez nahin milti. You have to be very lucky to get everything.” Her doctors had advised her to stop dancing and end her stint as the glamorous vamp. But in the 80s, she had returned to the silver screen with more mature roles in films like, Hero, Alag Alag, Biwi Ho To Aisi and Kishen Kanhaiya. She had re-established herself as the cruel mother-in-law and aunt. With some of the best performances to her credit, Bindu remembers her lost child sometimes but considers her husband, Champaklal as her emotional anchor and her best friend.

(Also Read: When Rishi Kapoor Revealed How Working In Double Shifts With Neetu Singh Had Made Them Fall In Love) 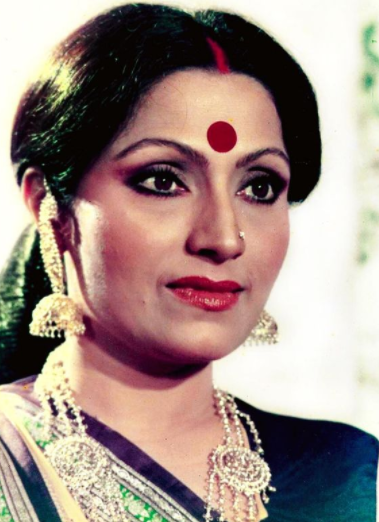 Which character of Bindu is your favourite? Let us know.