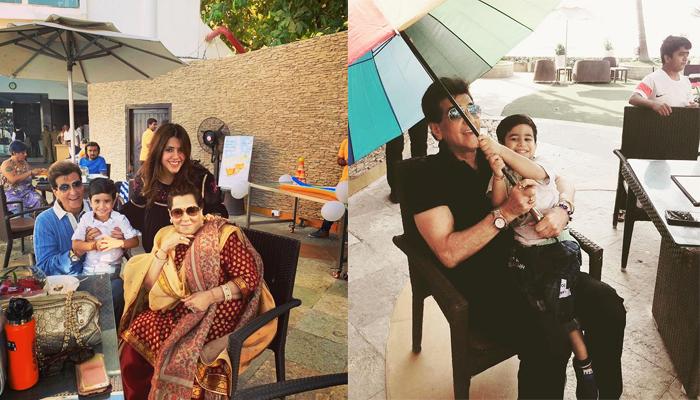 Ekta Kapoor, Indian film and TV serial director, producer and entrepreneur, became a mother on January 31, 2019, when she announced the arrival of a little munchkin in her life through surrogacy. Sharing the happy news with her fans, Ekta had then also revealed that the little baby's name is Ravie Kapoor. Even her brother and Bollywood actor, Tusshar Kapoor is a single father to his child, Laksshya Kapoor who was born through surrogacy on June 1, 2016. (Suggested Read: Gurmeet Choudhary And Debina Bonnerjee's Romantic 8th Marriage Anniversary In Istanbul, Pics Inside)

Now, we all know that one of the most adorable and happiest moments of anyone's life is when a person becomes a grandparent and enjoys the day with his/her grandchildren. Ekta Ravi Kapoor, popularly known simply as Ekta Kapoor, has shared one such adorable moment between Jeetendra and his grandson, Laksshya Kapoor in which the latter can be seen holding an umbrella for his grandfather, and even Jeetu ji is blissfully enjoying the moment. Take a look: 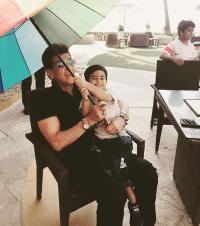 This is so adorable, right? Jeetendra had once shared that he could never enjoy his life with his own children- Ekta and Tusshar but now, with Laksshya he loves to spend time with him and play with. He was quoted as saying, "There is no one in the world who is a better father than him [Tusshar]. He is ten fathers and twenty mothers in one for his son Laksshya. I love my grandson and I like spending time with him. I could spend quality time with my children when they were young because I had to go through struggles, but now I'm living it with Laksshya." 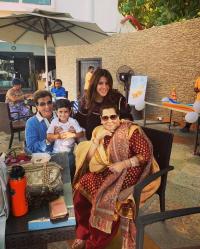 Speaking of Jeetendra, he recently shared his new grandson (Ekta Kapoor's baby- Ravie Kapoor) has been named after him. Jeetendra's original name is Ravi Kapoor and then an astrologer asked the family to add 'E' to his name for their little scion. Jeetendra had told Mid-Day, "The letter 'E' was added on the recommendation of their astrologer. We wanted an astrologically name starting with R, and then Ekta thought why not name him after baba?" (Must Read: 'Pavitra Rishta' Fame Purru Chibber Gets Engaged To Roshni Banthia On A Cruise)

Coming back to Laksshya Kapoor, when he was born, the doting father had shared, "I am happy that I have taken the right decision. Our family is complete now, we are five now, grandparents, me, my sister and little Laksshya." 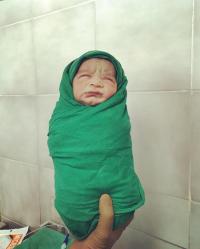 In an earlier interview, Tusshar talked about the moment when he thought of being a single parent, and said, “I was thinking about it for some time before I finally had the baby because I was running out of time. I am not married yet. I may or may not in the future. I felt time was running out fast and I couldn’t wait to have a family, have a child. That’s something I won’t be able to do as I grow older. I can always get married. That’s why I decided to become a single parent. A chance meeting with Mr Prakash Jha on my way to Tirupati changed things. He guided and helped me with the whole process. He told me how this is something many people have done and it is not something new. Meeting him really opened the doors for me.” 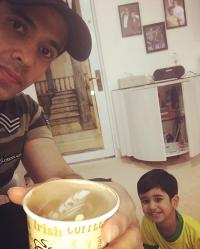 The Golmaal actor had also shared about his decision of not getting married and opting for surrogacy. He was quoted as saying “Of course, my parents could have found somebody for me but I wanted to do something that would make me satisfied and feel complete. And since I was not married, it was time to have a child at least. If there is a way to do it without having to get married, then why not.”

Further talking about parenting, he had said, “This comes naturally to me. People have told me that I am doing much more than a couple would do for their child. But I don’t feel like I am doing anything extraordinary. Maybe that is because I am mature enough and that I have taken this step at the right time when I am ready for the responsibility and love. This is something I want to do. I want to nurture my child with all the love I can and I enjoy it. Parenthood nourishes my soul. I love taking him to the park and play school. It doesn’t feel like work. Some parents do think that doing things for their children takes away time from their lives, but this is my life and it is lovely.” 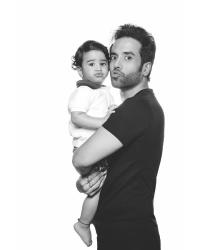 Because he himself is a single father, Tusshar knows how must his sister, Ekta Kapoor be feeling. In fact, after the arrival of Ravie Kapoor, he elatedly posted on social media, "I’m excited to announce the arrival of my nephew, a baby boy named Ravie Kapoor, born last week through IVF and surrogacy. Ekta has been like a mother to my son Laksshya! This marks the beginning of a new phase in her life, an exciting time of completeness and fulfilment! God bless Ravie with a life of peace, happiness & good health and my sincere thank you to all of you for the support & for showering our family with so much affection." (You May Like: Gurmeet Choudhary And Debina Bonnerjee's Romantic 8th Marriage Anniversary In Istanbul, Pics Inside)

Jeetendra's adorable moments with his grandson, Laksshya Kapoor are too cute to handle, right?