Kusha Kapila and Zorawar Singh Ahluwalia had an intimate wedding in Gurgaon. The internet sensation, Kusha was a minimalistic bride and still looked stunning. Check out!

Kusha Kapila is one of the content queens of comedy. Her short and funny videos go viral immediately, and people love her exaggerated parodies of comic characters that she has met in her life. And that's how Kusha rose to fame and became the social media sensation that she is today. She is a popular social media personality, an advocate for body positivity, and a strong female voice.

Kusha earns a huge amount of money from her shows, brand endorsements and her YouTube channel. She aims at entertaining the audience with her content. However, it was only after facing a lot of struggles in her life that Kusha got this lavish lifestyle and popularity. Kusha Kapila is married to Zorawar Singh Ahluwalia, who also owns an Instagram handle and has a massive fan following. Let's have a sneak peek into their love story and intimate wedding.

Recommended read: 10 Television Actors Who Got Married In Their Early 20s And Are Happy Married Men Today It was in 2012, when Kusha had met Zorawar for the first time. It so happened that Kusha was at a friend’s wedding, and Zorawar had asked if she would like to have a drink. Since it was an open bar, Kusha had thought to herself, who offers a drink at open bars? So, she had dodged the question by saying that she had a boyfriend. However, she could feel his eyes on her as she had walked off.

Though Kusha had found him good looking and had crushed on him, she had kept her feelings to herself as she was going through a lot of stuff – mostly, body image issues at that time. She was heavier and had thought that no one would be interested in her. She had no idea how that sort of attention felt like. However, as they say, destiny has its own plans, Kusha and Zorawar had met again and had exchanged numbers. They had gradually realised that from music to movies to life, they have little in common. But they had also realised that the chemistry they had, was electrifying and could not be ignored. 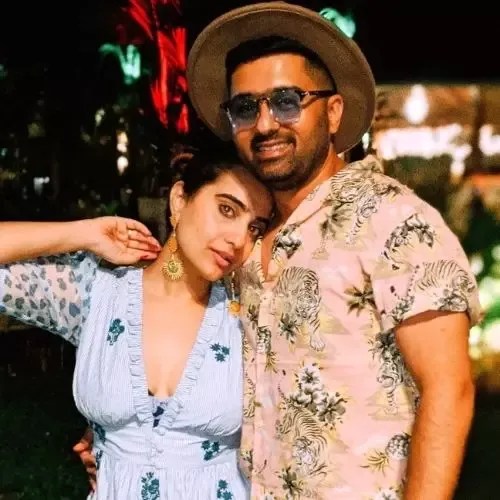 At the next meeting, Kusha had realised that Zorawar too wanted to make this work when he had asked her to go on five dates with him. Recalling that meeting with Zorawar, Kusha had shared how he had changed her for good. In an interview with Humans of Bombay, Kusha had said:

"Zor asked me to go on 5 dates with him- just dates, and no physical stuff. He’s always been very respectful about my mental health when it comes to my body. That night, we kissed for the first time. The dates didn’t turn out to be the best because I couldn’t eat in front of him. I was so conscious! It all became so recurrent, that it frustrated him. Around that time, he was going to the USA for work & before he left, he told me that I needed to work on my mental health because nobody could do it for me. With time, I learned to see myself as beautiful. And I knew it was because of him – he gave me the push I needed."

When Zorawar had returned from the USA, Kusha had wanted him to know that she had changed. So, she had invited him for a party on a Friday night, but he wasn’t free. Fascinatingly enough, Kusha had ended up shifting the party and the guest list of 80 people onto a Saturday, just for Zorawar. And thus, their love story had begun officially. From falling asleep together on Skype to writing poems for each other, and Zorawar making their favourite band wish Kusha on her birthday, the two had painted the town red. And most of all, that is how Zorawar had reminded Kusha how madly he was in love with her even if he had never said it out loud.

Zorawar and Kusha are loved for their more than their funny acting in each other’s videos. Their cute videos feature a relationship drizzled with loads of fun and friendship that everyone can relate to. Kusha’s comfort level with her husband, Zorawar, is a result of her long battle with body image issues. Be it a cute spank at the end of a video or Zorawar getting awkward at moments, it’s pure couple goals. 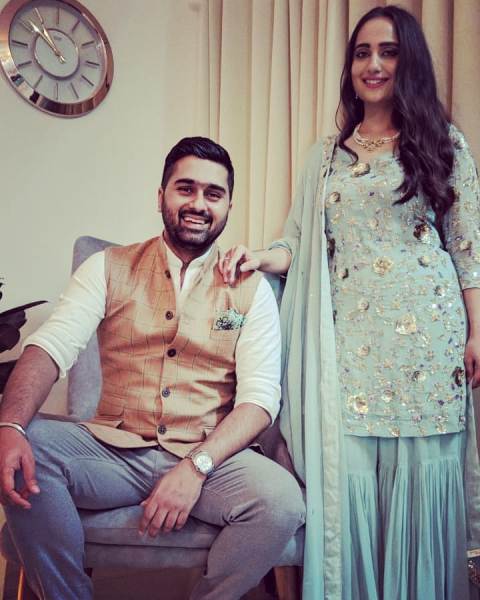 Zorawar Singh Ahluwalia and Kusha Kapila had tied the knot in 2017 in an intimate ceremony. Their wedding wasn’t an extravagant affair, and surprisingly enough, Kusha didn’t even buy any jewellery for her. They had got married for themselves and had saved up so that they could build the life they want. Today, the couple shares everything under the sun, from expenses to happiness. The couple had got married on May 5, 2017, and though it wasn’t like the big fat Indian weddings, it was perfect. And even today, Zorawar and Kusha are truly grateful for open bars at Punjabi weddings! Since we have this big fat-Indian weddings perception in our minds, we believe in spending hefty amounts on wedding ceremonies to show our money, glamour, and glitz. But unlike other Punjabi families, Kusha and Zorawar had become each other's forever in an intimate Anand Karaj ceremony in Gurgaon. Kusha Kapila had managed to look flawless with bare minimum makeup on her wedding day. Rather than putting in a heavy part of her wedding money into jewellery and designer lehengas, and, instead of stressing upon the designer ensemble, she had donned a baby pink sharara suit. For her Anand Karaj ceremony, Kusha had donned a beautiful baby pink sharara suit with golden-thread embroidery and a matching pink dupatta. She had accessorised her look with a choker neckpiece, a pair of matching earrings, a nath and a maang teeka. Her jewellery had complemented her outfit very well. Kusha's minimal bridal look is an inspiration for every millennial bride-to-be.

Also read: R Madhavan And Sarita Birje's Love Story: He Was Her Teacher When Their Forever Tale Had Begun 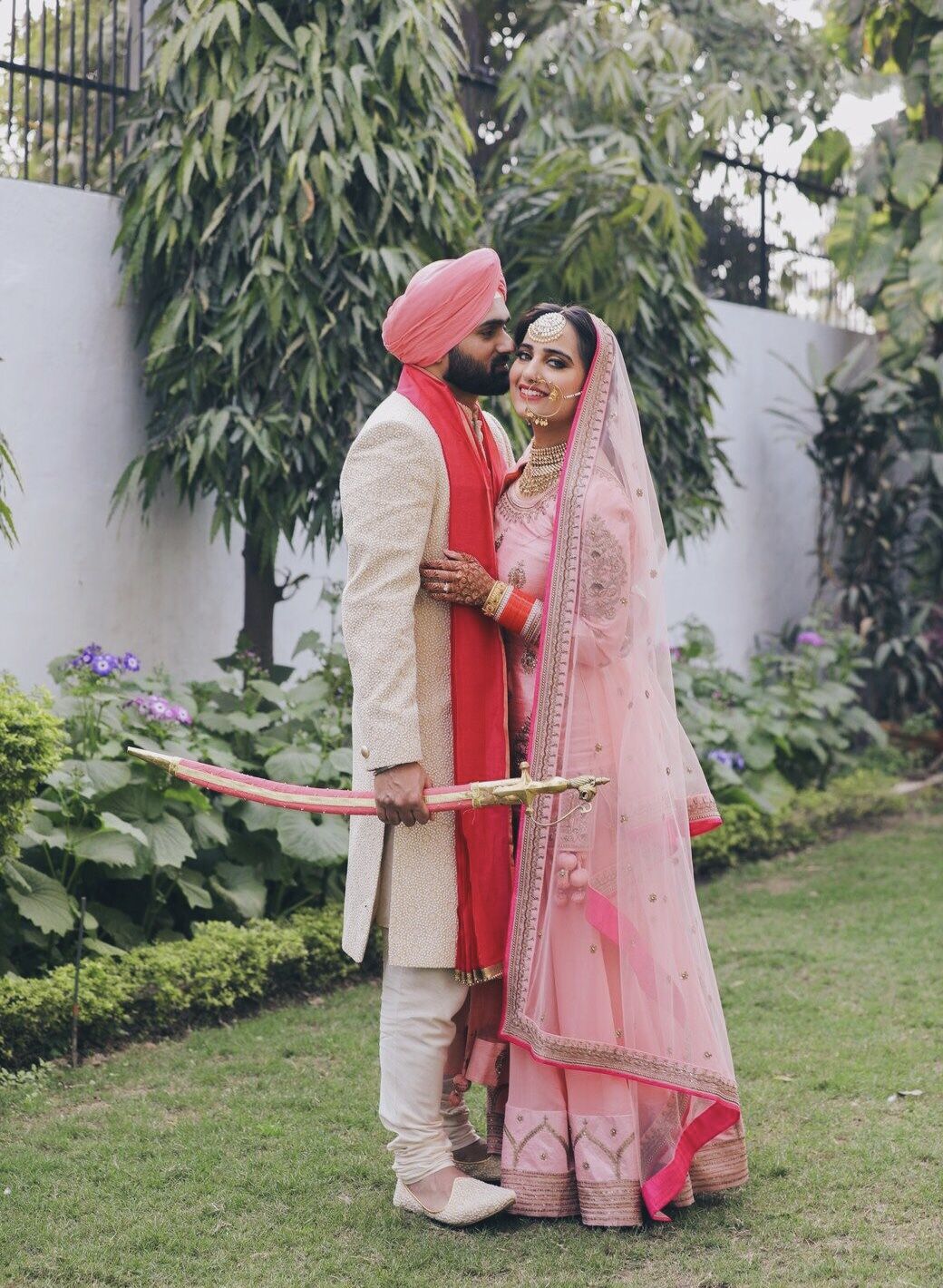 For the makeup, Kusha had worn a pink lipstick, brown eyeshadow with kohled eyes. Her groom, Zorawar had made sure to complement her and had donned a cream-hued sherwani with intricate embroidery. He had accessorised his look with a pink doshala and a baby pink turban that had matched with the bride's sharara. Kusha Kapila and Zorawar Singh Ahluwalia are at the happiest phase of their lives and living life to the fullest. The couple is proud parents of their furball, Maaya, and enjoy spending quality time with her. They are each other’s pillar of strength and stick together through thick and thin. Zorawar and Kusha often share cute and funny posts on their respective social media handles and make their fans fall in love with them all over again.

On November 14, 2021, Kusha Kapila had taken to her Instagram handle and had shared the news of buying a new house. She had penned down an emotional note which could be read as:

“Sharing this news with all of you gives me so much joy - Zor and I finally have a place we can call home. Earlier this year, pre-covid that is, I was at the brink of realising this dream until the world as we knew it changed but I held on to it with everything I had in me.”

Talking about her lifelong dream of buying her own house, Kusha had quashed the stereotypical notions about women in society. She had added:

“Anyone who knows me, knows that I have nurtured in my weak-ass heart this dream for decades. More so, because the little world I grew up in, I didn't see women being encouraged to have this aspiration for themselves, let alone make it happen ("apne papa ke ghar se pati ke ghar hee to jana hai"). The implied notion that women needn't worry about it would make me want it more. Very virgo of me, I know.”

Dedicating her great achievement to her fans and friends, she had continued:

“I don't want to take away from the happiness this moment brings so I, wholeheartedly, dedicate this to every single one of you. If you hadn't given me the privilege of your time and attention, I wouldn't have been extended the very tangible opportunities that gave me this very tangible rectangular floor that I can call home. Mujhe abhi bhi vishwas nahi hota ki yeh ho gaya. A massive pranaam to my mentor, @santu.misra without whom I wouldn't have dared to dream this obnoxiously.”

Kusha had shared that her family had lived in a 40-year-old house and now, they’d have a new house that they can call home. She concluded:

“None of this would have been possible without my parents jinhone mujh par itna bharosa dikhaya ki it defied all memes ever made on Indian parents. Mummy, Papa, thank you for hyping me so much ki mujhe hee doubt hone lag gaya ki "kya itna cool hoon main, haan?" My grandfather, a retired hawaldar, bought his first house in 1981 in an auction. Almost forty years later, my family has another place they can call home. This is an emotional day for all of us. I went a little all out because this is a once in a lifetime event.”

Kusha Kapila attributes her husband, Zorawar, for her successful journey of mental health and personality transformation.