Weddings are often larger than life affairs. Spanning over a week’s worth of festivities, Indian weddings are truly the grandest ones on earth. From the haldi and the sangeet ceremonies to luxurious and dreamy destinations, Indian weddings today are definitely taking things up a notch.

There are so many people who are willing to shell out crores of rupees at weddings without blinking an eye. While it might startle you, it seems to be child’s play for those earning big bucks. In fact, it is often said that several Indian businessmen save up tons and tons of money merely to spend it all at their children’s weddings. As they say, if you’ve got it, flaunt it, right? Here's a list of weddings that crossed the Rs. 200 crore mark. More than Rs. 200 crores have been spent on these weddings and the scale, at which they have been executed, is no small feat. 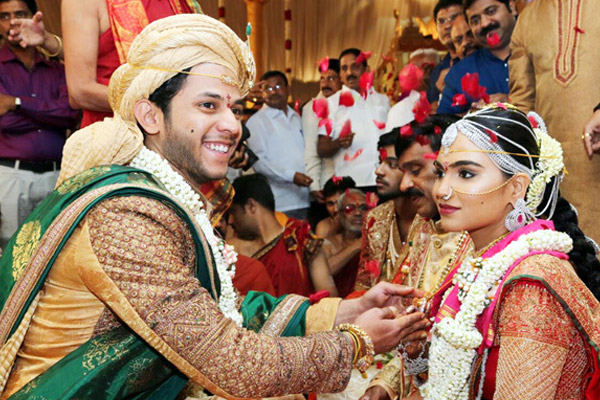 Gali Janardhana Reddy’s daughter’s wedding rocked the nation. The amount spent on the wedding was approximately Rs. 500 crores! The former politician and current mining lord pulled out all the stops for his daughter’s wedding. Let’s start with the wedding invite. The cards were sent out in the form of real LED screens, which had played a song that had starred the family, in a choreographed sequence! Along with it was a silver idol of Lord Ganesha. Check out the card here. 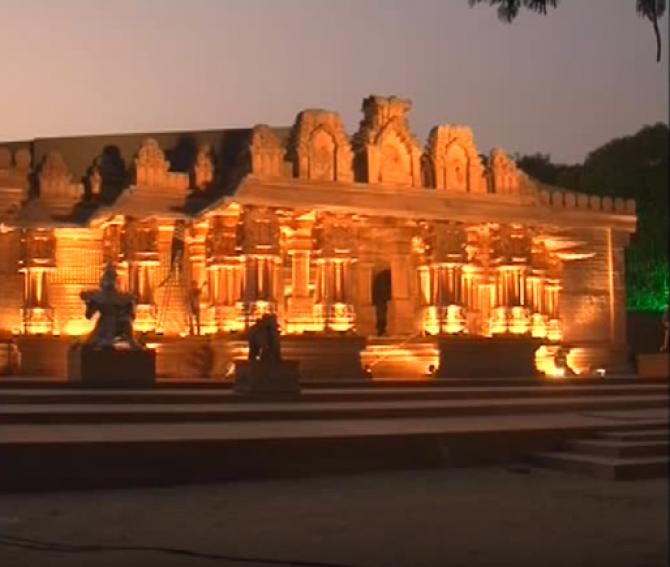 The wedding itself took place in the Bangalore Palace Grounds. The venue was created in the image of the ruins of Hampi. Buildings and areas were made to resemble Lotus Mahal, King Krishnadevaraya’s castle, the Vijaya Vittala Temple and more. The bride was decked up in designer clothes ranging from a Neeta Lulla lehenga to Rs. 17 crore Kanjeevaram, and diamond jewellery that cost about Rs. 70 crores! As we mentioned, this former politician sure did pull out all the stops for Brahmani’s wedding! The most intriguing bit is that this wedding took place when demonetization had gripped the country. Truly, this was a wedding nobody will ever forget. You don’t need to be a genius to figure out that Lakshmi Mittal’s daughter’s wedding would have been big, grand and gorgeous. The businessman shelled out roughly Rs. 350 crores for his darling daughter’s destination wedding. The ceremony took place in The Palace of Versailles, the first and the last private function which was held there. The crème de la crème of Bollywood performed, including Shah Rukh Khan, Akshay Kumar, Aishwarya Rai Bachchan, Saif Ali Khan and Rani Mukherjee. 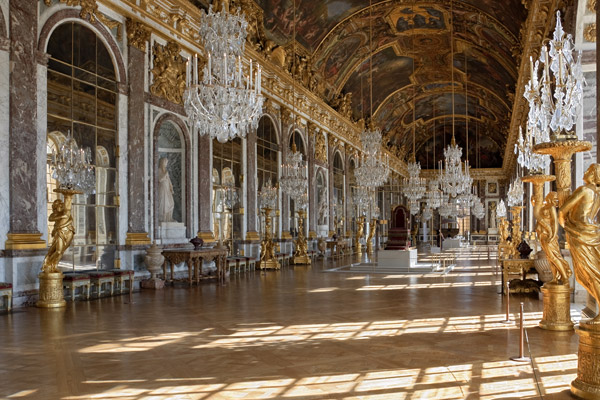 The choreography was carried out by none other than Farah Khan. The wedding finery was created by top designers like Tarun Tahiliani, Suneet Verma and Abu Jani-Sandeep Khosla. The sangeet ceremony took place in the Jardin de Tuileries in front of the Louvre. Even Kylie Minogue arrived and performed for about half an hour! For the wedding, dozens of craftsmen were flown in from Mumbai city just to erect a lavish mandap atop a sparkling pond in Vaux le Vicomte. Florists were flown in from Holland to decorate the venue and create a lotus on the pond. This was truly a grand wedding that lived up to the Mittal name. 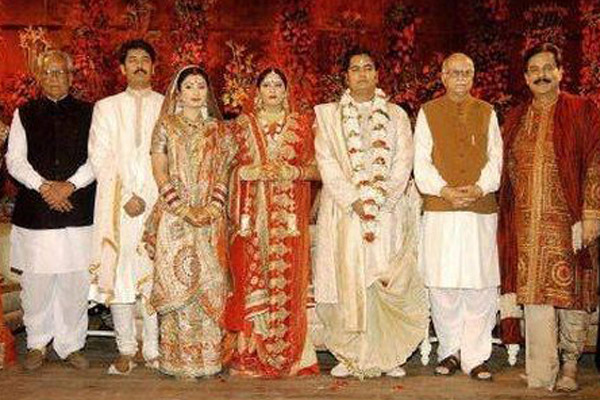 Sahara chief Subrata Roy’s sons’ double wedding was something that no one could ever forget. The two brothers tied the knot with their respective wives in 2004, in the Sahara Auditorium, Lucknow. The wedding costs came to a total of Rs. 550 crores. The venue was lit up with a bunch of different lights – torch lights, wax lights, lamps, etc and it glittered with prism glass and marshals.

Also Read: Throwback To Samantha And Chaitanya's Wedding And What Made It One Of The Costliest In Tollywood

Guests were welcomed by A-listers such as Amitabh Bachchan, Aishwarya Rai, Anil Ambani, and Mulayam Singh Yadav. The menu spanned across 110 dishes, from across the globe, designed for every kind of palate. The wedding outfits were designed by Sabyasachi Mukherjee and Rohit Bal. There were dance performances by Shiamak Davar’s troupe as well as Indian songs played by the British Symphony Orchestra. 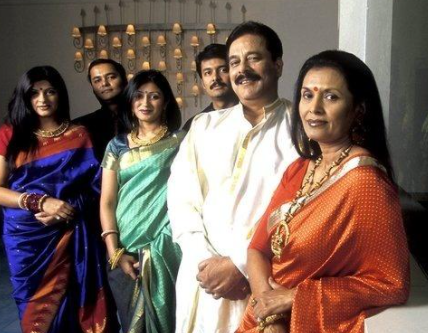 Apart from this, on the auspicious occasion of the wedding, Subrata Roy had gotten 101 underprivileged girls married. Along with this, food was distributed to 15,000 beggars. 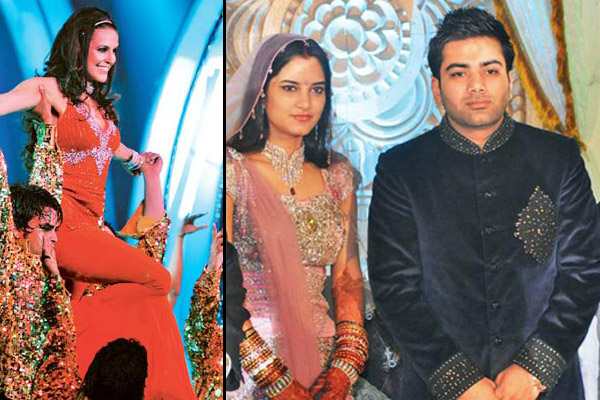 When the children of two politicians tie the knot, the result is a wedding that crosses the mark of Rs. 200 crores! Congress leader, Kanwar Singh Tanwar’s son and former MLA, Sukhbir Singh Jaunapuria’s daughter got married in a lavish ceremony in Jaunpur, Haryana, where the villagers were given INR 11,00 each in the form of shagun. During the lagan ceremony in Asola, guests were given a safari suit and a 30 gms silver biscuit, each! 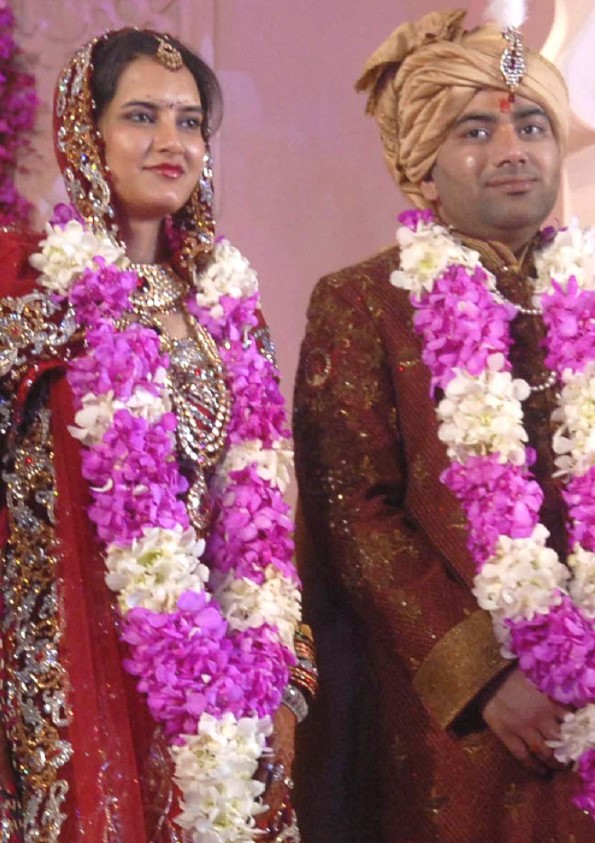 A total of 1100 designer turbans were made by the Tanwars, for their relatives and other guests. The Tanwars roped in a Gujjar community to perform at the reception, which also included performances by Neha Dhupia and Gurdas Mann. This was followed by a grand reception solely for the VIPs, held at The Ashok Hotel. The groom’s side also received a silver dummy of a helicopter and 21 crores from the bride’s side, as a ‘gift’.

The niece of Lakshmi Mittal also had a super grand and lavish wedding, which cost about Rs. 550 crores! The wedding took place in Barcelona, Spain. There were helicopters flying around above the venue, to capture footage from every angle possible. The wedding took place at The National Museum of Catalan Art, as the father of the bride, Pramod Mittal, always admired Catalan art and architecture. 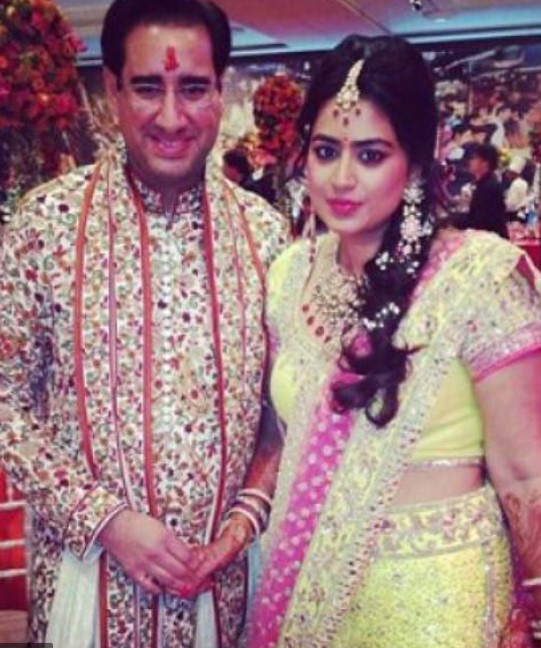 More than 200 chefs were flown in from Thailand and India. A lavish seabed backdrop was set up by Michelin-starred chef Sergi Arola. Other discerning features included a six-tier wedding cake weighing 60 kilos, a stunning light and water display, a performance by Kylie Minogue and a staged play at the Jardin des Tuileries, depicting how the duo met and fell in love.

This just goes to show how important weddings are to Indians. It all comes down to this one big day, where everybody wants to do something different, something that they will be remembered for, for eternity. Do you know of any more weddings that crossed the 200 crore mark?