The 21-day lockdown in the entire nation is giving many couples a chance to pause their busy lives. Check out to know how Kunal Kemmu and Soha Ali Khan are spending their quarantine time!

It is a scary time for the entire world as everyone is fighting a war against the highly contagious virus, COVID-19. The world has paused and the health crisis has turned into a global recession. We are in a 21-day lockdown and it seems like ages we have stepped out of our homes. Amidst the coronavirus outbreak, celebrities are giving us inspiration and encouraging us on how to stay sane in these testing times. Recently, Kunal Kemmu shared how he is spending his quarantine time clicking his favourite subject, Soha Ali Khan. (Recommend Read: Divyanka Tripathi's Hubby, Vivek Dahiya Brings His Inner-Chef Out With 'Pasta-E-Hind', Shares Video)

Before, we take you further into the story, let us take a quick look at Kunal and Soha's love story. The duo had met each other in 2009 when they had signed a film, Dhoondte Reh Jaaoge, and in that point of time, they didn't even think of becoming friends. But when they had collaborated for their second film together, 99 in 2009, they felt the connection. Soha had once shared that she got attracted to Kunal on the sets of their second film. She had found him extremely handsome and mysterious in his own way. On January 15, 2015, Soha had tied the knot with her beau, Kunal in an intimate ceremony. 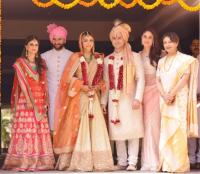 Since then, Soha Ali Khan and Kunal Kemmu are living their 'happily ever after' with a sweet angel, Inaaya Naumi Kemmu. On March 29, 2020, Kunal took to his Instagram handle and shared a picture of Soha. Along with it, he wrote, "Time to do some photography at home with my favourite subject @sakpataudi #khemsterclick". In the picture, we can see Soha striking a pose and oh boy, she looked prettiest. Check out her picture below: 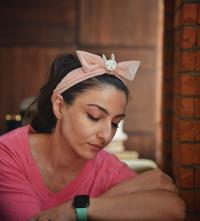 In an interview with the Deccan Herald, Kunal had talked about his wife and what is special about being her husband. He had shared, "Soha has been an influential part of my life for the longest time. She and I have had a very different upbringing but we indulged each other in a lot of debates and discussion about marriage. The best part of our marriage is that we respect each other's space and professions." (Also Read: Kareena Kapoor Khan Shares Son, Taimur Ali Khan's Painting, Calls Him Picaso Amid COVID-19 Lockdown) 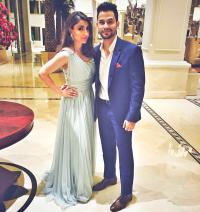 In an interview with the Free Press Journal, Soha had talked about changes that came after marriage. She had revealed, "Honestly, nothing has changed. Apart from the fact that my boarding pass says Mrs now and that feels odd. The only change that I observed was in the way society perceives you – by that I mean a social acceptance comes when you are a married couple. In terms of our relationship, there is no change at all. Maybe because we have known each other for six to seven years and we dated for three years before we got married. There was no moment where I felt, ‘Oh I didn’t know this about you,’ or he never said,‘I didn’t know this is how you look in the morning’. There were no surprises. And that’s how we wanted it to be. When we decided to get married he told me that he did not want me to change in any way. A sort of apathy comes in after you get married but we just try and not take each other for granted." (Don't Miss: Shahid Kapoor Cooks Pancakes For His Wife, Mira Rajput Kapoor As She Enjoys Her Self-Quarantine)

Well, we love how Kunal is spending his quarantine time! 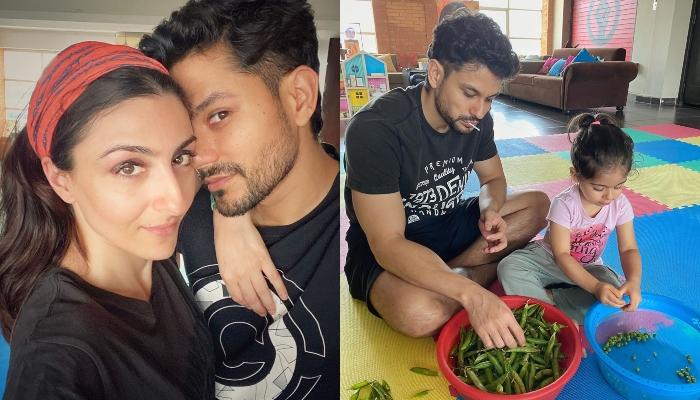 We are living in strange times as a virus from Wuhan, China has spread all over the world and taking human lives. The cure and vaccinations of the same haven't been found yet and social distancing is the only option left with us. However, the lockdown has impacted children the most.