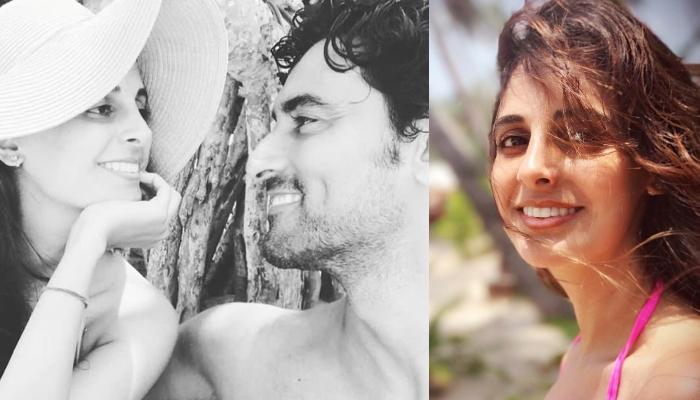 You know its love when someone becomes the reason behind your big smile! When all the love songs start making sense and you realise that they are the one with whom you want to write your fairytale. Bollywood actor, Kunal Kapoor broke many hearts when he tied the knot with Amitabh Bachchan’s niece, Naina Bachchan in Seychelles on February 9, 2015. (Recommend Read: 'Shakti- Astitva Ke Ehsaas Ki' Actor Vivian Dsena Has Allegedly Broken Up With Garima Jain?)

Well, we had the biggest crush on Kunal until he announced his love, but nevertheless, the actor completed 4 years of marital bliss with his sweetheart. And to celebrate the occasion, he took to Instagram and posted an adorable picture. Along with which he wrote, “My favourite day of the year! Happy anniversary my love @nainabachchan Everything is better when we are together”, followed by a heart emoji. Check out the picture below: 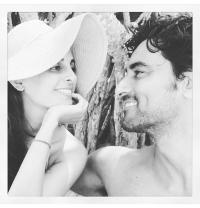 In an interview with Verve Magazine, Kunal and Naina opened about the equation the two shared. Kunal talked about the thing that helps sustain a relationship, he had said, “Love and respect. I think it’s incredibly important to have respect for each other. Also, and this is a little underrated, but laughter is essential as well! Two people who laugh a lot together make for a great relationship.” (Also Read: Surveen Chawla Enjoys Pyjama-Themed Baby Shower Ceremony During The Last Trimester Of Her Pregnancy)

The couple further revealed about their thought of being a low-profile couple, Naina said, “I don’t think it was ever a conscious decision on our part to say that we are going to be a ‘low profile’ couple. Being out of the limelight is a by-product of doing the things that we love the most. But that doesn’t mean we don’t go out and enjoy ourselves or that we deliberately avoid situations where we will be photographed, because we don’t. We are comfortable in both situations and I think if we are doing this cover shoot that should really say it all. It has been a wonderful experience and an opportunity for us to share our story on our first or ‘paper’ anniversary as it is called.” 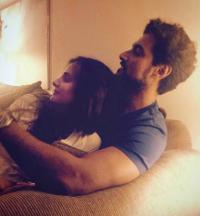 Kunal opened about how he met his lady love, and who became the cupid of their story. The actor stated, “We met at a fashion show, not at some theatre workshop, as is often reported. It was actually Karan Johar’s fashion show, and she was there with her cousin Shweta (Bachchan-Nanda). The strange thing was that I was not supposed to be there and neither was she. I had just walked the ramp for a show before, and I was leaving, when I bumped into Karan, who asked me to stay back for his show. Like they say, timing is everything. A few seconds here or there and we would have never met each other. The next morning we were both to head back to Mumbai on separate flights, and I changed my ticket to be on the same flight as her. The rest, as they say, is history.” (You May Also Like: Neha Kakkar Reveals Reason Behind Her Breakup With Himansh Kohli, Says She's Not Open To Love Again) 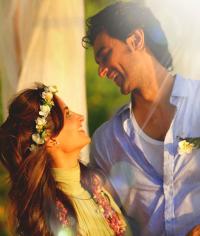 On this Naina revealed her first thought while meeting Kunal, she said, “When I met Kunal, the first thing that went through my mind was ‘Wow! Tall, dark and so handsome.’ Over time, it was a wonderful revelation to discover that he’s much more than his looks — he is one of the kindest and nicest people I have ever met.” 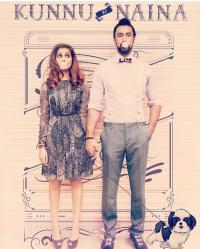 Kunal also talked about coping pressure and maintain the balance, he stated, “My philosophy is really simple. Life is short; don’t do something if it doesn’t mean anything to you. I have only done two movies in the last four years, and they will always be movies that I’m proud of. I would rather do theatre, work on my craft, work on my start-up or learn something new, than do work just because I have to. Stress honestly doesn’t really get to me; nothing really gets under my skin. Very, very few things can rattle me. It’s some sort of default setting of mine.” (Don't Miss: Kriti Sanon Comments On Her Relationship Status With Sushant Singh Rajput, Says She Has Read A Lot)

Well, we wish Kunal and Naina a lifetime of happiness!