Kunal Jaisingh Of 'Ishqbaaz' Fame Is Getting Married This Year, His Wedding Month Revealed

Kunal Jaisingh Of 'Ishqbaaz' Fame Is Getting Married This Year, His Wedding Month Revealed 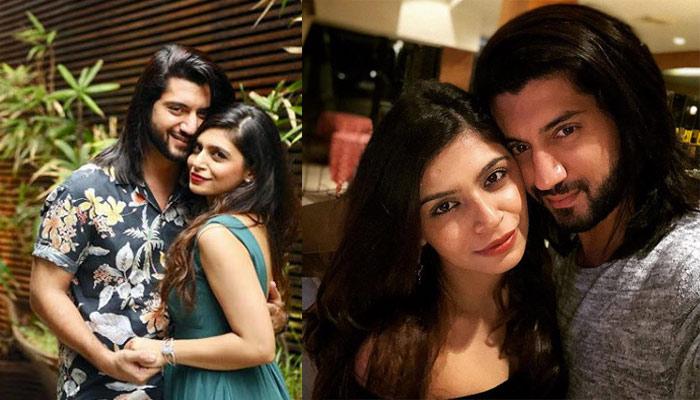 When Kunal Jaisingh aka Omkara Oberoi of Ishqbaaz fame announced his engagement to his longtime girlfriend, Bharati Kumar, it left many surprised as the couple had never revealed that the two were dating. Kunal got engaged to Bharati on the occasion of Gudi Padwa in ISKCON Temple on March 18, 2018. (Also Read: Rithvik Dhanjani’s Birthday Wish For Asha Negi Is Magical, Calls Her The Center Of His Universe) 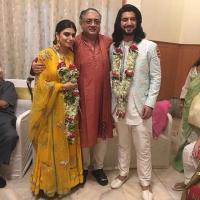 Kunal met Bharati on the sets of his debut show, The Buddy Project and the two fell in love after being friends for a long time. The two dated for almost 5 years, before taking their relationship to the next level and exchanging the rings. Talking about his feelings for Bharati and his decision to marry her, Kunal said, “She is homely yet modern. She is like water and I feel she can adjust anywhere. Bharati makes the environment very friendly. She is a girl any guy would want as his wife, a girl that a family would look for their son and most importantly, she is the only one for me in this world. And she is mine.” 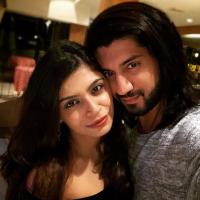 The two, despite being actors, kept their relationship under wraps for a very long time. Only his close friends knew about their relationship. Talking about keeping his relationship a secret for 5 long years, Kunal said, “I had my reasons, but it was definitely not because I am an actor and I feared losing out on projects. We wanted our parents to know it before announcing the news to the world. Finally, our families met a month ago and finalised everything.” After talking to their parents about their decision to marry, the two decided to tell it to the world. (Check Out: 'Happy Phirr Bhag Jayegi' Fame Jason Tham Gets Engaged To Long-Time GF Deeksha Kanwal Sonalkar) 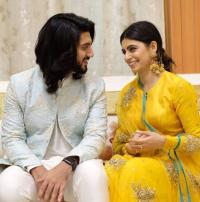 Talking further about his lady-love, Bharati, Kunal said, “I am happy that my parents agreed to our match. I have always wanted to settle down with a girl like Bharati... she is homely, genuine, humble and respects elders. These are qualities that are difficult to find in today’s women.” Kunal has found the girl of his dreams in his fiancée, Bharati and we must say, he is a lucky man.

The two were said to tie the knot by the end of 2018 but no official announcement has been made by the couple yet. But, we know when Kunal and Bharati are getting married. The couple is getting married in the month of December this year and it was confirmed by none other than his close friend and co-star, Nikitin Dheer who is happily married to Kratika Sengar.

Kunal posted a bromantic picture with Nakuul Mehta and Nikitin commented on it, revealing his wedding month and warning him to behave as he is getting married. Take a look at their conversation.

Kunal, just like his co-stars, Nakuul and Nikitin, will join doubles club by the end of 2018 and we are super-excited for his wedding. All his friends from the sets of Ishqbaaz are excited to be a part of his wedding with Bharati. We can’t wait to see how the ‘Oberoi Brothers’ are going to slay at Kunal and Bharati’s wedding.

We wish Kunal and Bharati all the happiness in this world! (Next Read: Priyanka Chopra's Marriage Was Predicted 13 Years Ago, The Same Astrologer Reveals Her Compatibility)

Kunal Jaisingh And Bharati To Go For A 15-Day Honeymoon At An Exotic Island, Reveals Wedding Details Looks like our favourite stars from the bolly and telly world will not let us keep our calm! The year 2018 began with a number of our favourite stars getting hitched and that is still continuing until the end of this year. From Sonam-Anand, Neha-Angad, Rubina-Abhinav, Deepika-Ranveer, Priyanka-Nick and the