Hardly has our excitement gotten over from the multiple celebrity weddings that the year 2018 had to offer when the news came by of Ishqbaaaz fame, Kunal Jaisingh and his fiancee, Bharati Kumar getting married! Two more days are left for the couple to say 'I do' to each other and we can only wonder until then as to how stunning will the duo look on their wedding day. 'He', being one of the finest and good-looking actors of the telly town and 'she' being one of the cutest actresses, Kunal and Bharati totally look like a pair made in heaven! (Do Read: Kunal Jaisingh's Fiancee, Bharati Kumar's Mehendi-Haldi Ceremony Was Done Over Emotions And 'Kabira')

Kunal and Bharati’s pre-wedding festivities have already begun and earlier today (December 18, 2018), we shared a beautiful photograph of Bharati from her haldi and mehendi ceremony. Decked in her minimal best, where she was seen wearing an all-yellow apparel, which she teamed with simple floral jewellery, Bharati was an exemplar of ‘minimalistic yet drop-dead gorgeous’! Here, take a look at one of her pictures from her mehendi and haldi ceremony which took place during the day today (December 18, 2018):

Kunal Jaisingh And Bharati To Go For A 15-Day Honeymoon At An Exotic Island, Reveals Wedding Details 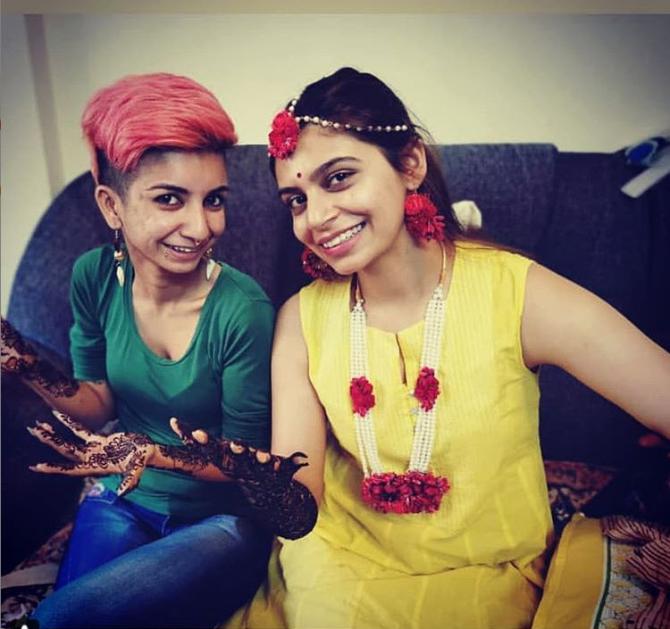 The couple will have a fun-filled sangeet tonight and the dance preparations had been going on for quite a long time for the couple, their friends and family. Only sometime back did we saw the first-ever glimpse of the couple decked in shades of purple and they look stunning! While Kunal was seen wearing a purple velvety kurta and pyjama, his muse was seen twinning with her soon-to-be-hubby in a purple lehenga, simple make-up and minimal jewellery! Take a look at the couple here and at another one below, with their photographer: 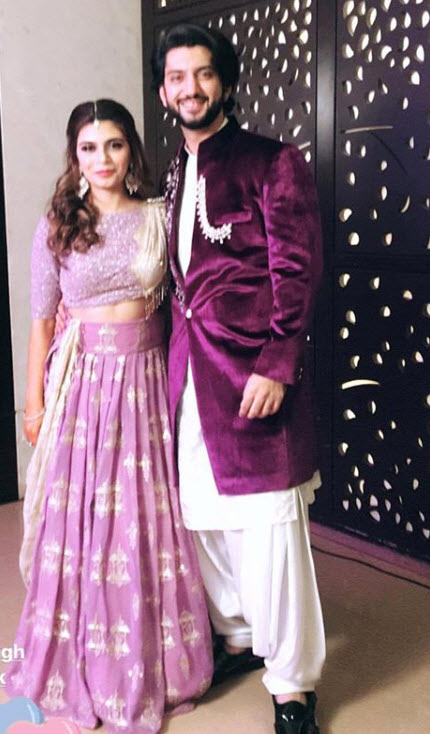 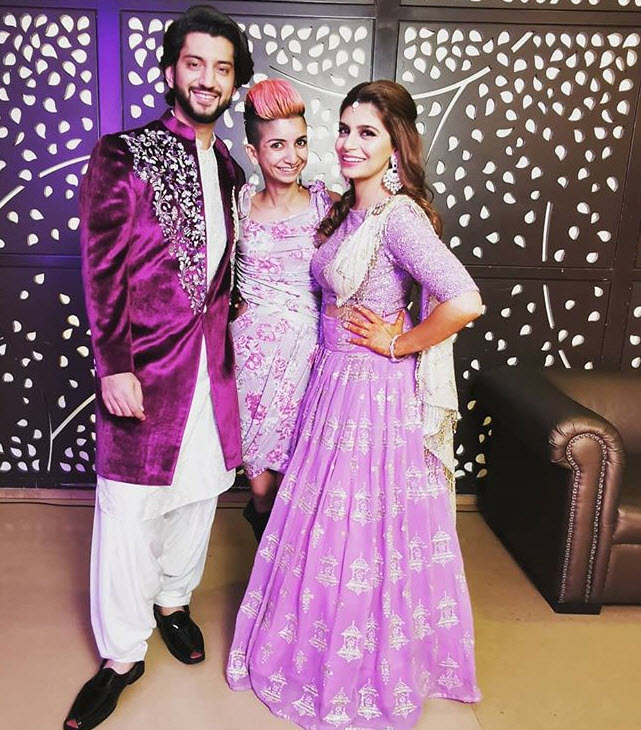 It was on December 13, 2018, that the soon-to-be-married couple had a fun-filled cocktail ceremony and Kunal took to his Instagram profile to share a beautiful picture from their celebrations. With ‘he’ decking himself up in a black tuxedo suit and a purple tie, ‘she’ looked a pretty missus-to-be in a lavender lacy dress! Sharing the picture, Kunal captioned the same as, “Where there is love, it will always conquer... @bharati_k.” Here is the breathtaking image: (Must Read: 'Jamai Raja' Ravi Dubey Twins With Real-Life 'Sasuma', Giving Us Husband Goals) Isn’t it wonderful? A media report had earlier revealed details of Bharati and Kunal’s wedding itinerary. The same could be read as, “The sangeet and engagement ceremonies will take place on December 18, with just families and close friends in attendance. The wedding and reception will be on the 20th. While we are inviting many friends for the reception, other functions will be close-knit affairs, as I believe in maintaining the sanctity of these traditions and rituals." 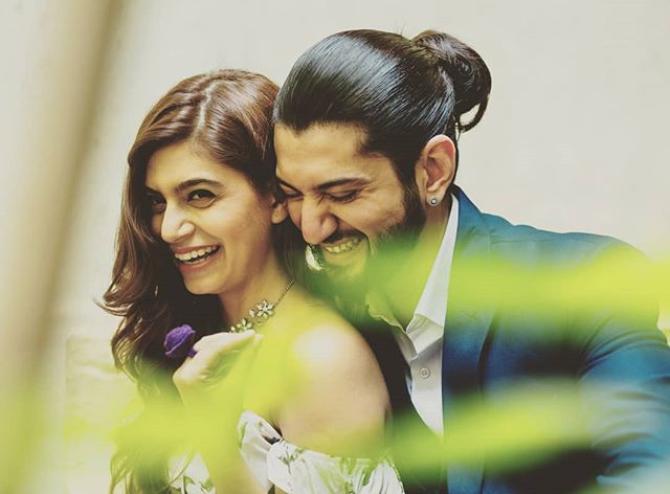 Now you all must be wanting to know details about their honeymoon plans? So be it! Kunal’s hit show, Ishqbaaaz will go off-air a few days prior to his wedding, which will give him some more time to spend with his then wifey, Bharati. The couple is planning to head off to the exotic islands near Indonesia for about 15 days. Commenting on the same, Kunal stated, “My track had to end eventually, but the timing has been perfect.” Kunal had surprised everyone when on March 2018, the actor took to Instagram to share a picture of his engagement with Bharati. Sharing a beautiful picture of the couple from the ceremony, the handsome telly star captioned the picture as, “ Hellooooooo fiancé!! #newbeginnings.” This is the image that Kunal had posted: 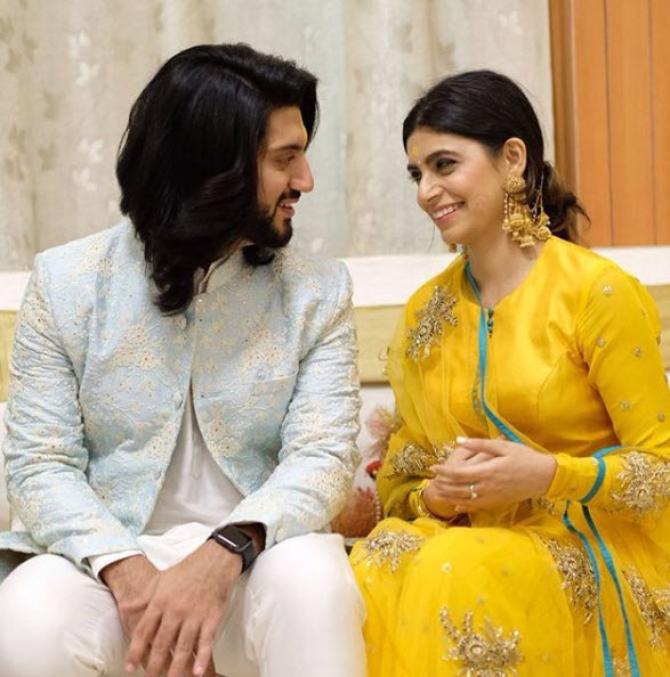 Kunal and Bharati had met on the sets of The Buddy Project and they had hit off instantly. It took them two years to realise that they have fallen for each other and ever since there has been no looking back for the couple. Sharing about what made him fall for her, Kunal shared in an interview, “She is bubbly, loving and caring. She is very positive and her non-judgmental nature makes it easy for people to open up to her. The support I get from her is pure and genuine. She is extremely understanding. Being married to a friend spells comfort. I don’t care where I am and what I am doing, it’s home for me if she is around.” (Also Read: Karanvir Bohra's Wife, Teejay Sidhu Once Again Lashes Out At The Makers Of 'Bigg Boss 12') Guys, how do you like their first look from their reception? Keep us posted!