Ek Hazaaron Mein Meri Behna Hai actress, Krystal D'souza has been making it to the headlines these days quite a lot. No, not only because of her professional front but also personal. We all know that she has allegedly broken up with her rumoured ex-boyfriend, Karan Tacker. Rumour also had it that Krystle was seeing Karan’s friend and Race 3 actor, Freddy Daruwala. (Must Read: Ranveer Singh's Dinner Date With His Parents And Sister, Why Is Deepika Padukone Missing?)

But more of her personal life and relationship chit-chat later. It’s Krystal D'souza’s birthday today. Yes, the stunning beauty turned 29 today on March 01, 2019. And she has a gift for all of us. Krystal D'souza took to her Instagram handle and has shared a pic in which she can be seen holding and kissing her nephew. Adorably captioning it, Krystle poured out her feelings like this, “Couldn’t think of a day better than today to finally introduce my little nephew Kaizer Dsouza to my gram fam! Now when I think of ‘birthday’ all that comes to my mind is when this little bundle of cuteness was born! I love him and I miss him and I can’t wait to go back to Canada and wrap my arm around my little munchkin again. LITTLE KD, Godma KD LOVES YOU TO BITS.” 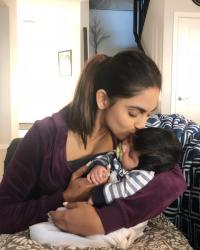 As pointed out earlier, Krystle D’souza was rumoured to be dating her co-star, Karan Tacker. No official confirmation regarding the same has come yet, and then reports of her dating Freddy Daruwala made the rounds. In an interview with the Times of India earlier, Karan Tacker had said the sweetest things about his alleged ex-girlfriend, Krystle D’souza. He was quoted as saying, “Yes, Krystle and I share a very special bond and I am very possessive about her. Even the girls who were not my girlfriends but my good friends, I am very protective of them too. I believe in emotional bonds. Some of my ex-girlfriends are also in touch. Some are even married and have kids. But you will find me calling them up every few weeks and checking on if they are fine.” 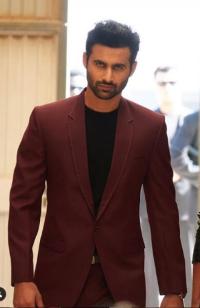 Karan had further added, "As actors, our life is already very much in the public eye. I feel that this is the only part of your life that is something that you can hold onto yourself and let no intruder invade the privacy. I am not against in talking about relationships.” (Don't Miss: Karan Johar Indirectly Confirms Alia Bhatt And Ranbir Kapoor's Wedding, Their Reaction Is Unmissable) 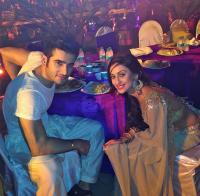 He had finally concluded by adding, “But once you start talking about it, the whole focus, whole attention becomes about the relationship and it is all that is majorly spoken about. I want people to talk about my work and know me more for my work. But yes, I am very proud of the relationships and women I have been with." 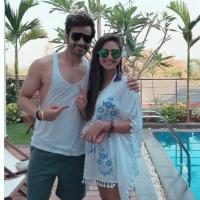 In another interview, he had maintained his stance of being ‘just friends’ with Krystal and had revealed, “I don’t think every relationship needs to be defined. I look up to Karan, he inspires me and I can count on him; it’s mutual. We are clear about what equation we share and what we feel for each other. That should be enough”. 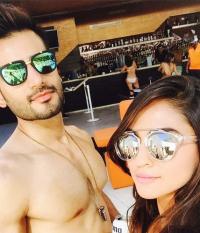 Last year, in 2017, talking to the IANS, Krystal had opened about her linkup rumours with Karan and was quoted as saying, “It's lovely that people are so interested in my life. No matter how much you make the world a part of your life through social media, it's never enough. They all want more and I truly understand why. It's their never-ending love for me that wants to know every detail of my life possible. About my love life, I would like to say I am single till I have a ring on the right finger and a wedding date.” (Also Read: Hina Khan And Her 'HIRO' Rocky Jaiswal Head Out For A Romantic Date, It's All About 'Just Pure Love') 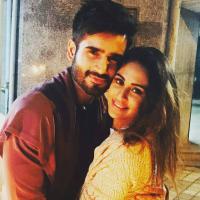 Happy birthday Krystal D’souza. May you keep uploading your little nephew's pics on a regular basis.