Popular comedian, Krushna Abhishek reacted to his 'mami', Sunita Ahuja's aggressive statement in the context of resolving issues between him and her husband, Govinda. Details inside!

Popular comedian and actor, Krushna Abhishek opened up about his family feud with his uncle, Govinda and his wife, Sunita Ahuja, in his latest interview. The comedian clearly stated that he has already tried multiple times to seek forgiveness from Govinda and Sunita, but none of them has forgiven him so far.

For the unversed, after the completion of The Kapil Sharma Show's episode, Sunita Ahuja had addressed her and husband, Govinda's bond with Krushna Abhishek. On this, Sunita had dropped a controversial statement as she had said that she didn't want to see Krushna's face ever again. She had stated, "Three years ago, I had said that things could not be resolved till I am alive. You can't misbehave, insult or take liberties in the name of family. All I can say is that the issues will never get resolved and I don't want to see his face ever again in my life." In an interview with SpotboyE, Krushna Abhishek was asked to comment on his mami, Sunita Ahuja's aggressive remarks about him and his will to resolve issues with her and Govinda. The comedian reacted to his mami's extremely harsh statement, 'I don't want to see his face ever again in my life' and revealed why he still wants to pursue them for forgiveness. Krushna explained, "I know my mami said a lot of things against me. Of course, I was upset. But now I feel they are so angry with me because they love me the most. Saying something as filmy as 'I don't want to see his face ever again' shows they are hurt. And you can only get hurt by someone who loves you."

Going further in his interview, Krushna Abhishek showed immense respect for his mama, Govinda and mami, Sunita Ahuja, as he admitted that he is still trying his best to resolve the issues between him and his mama. The comedian also compared Govinda and Sunita to his parents. He said, "I know they love me a lot. Or else why this anger? Yeh shabd sirf maa yaa baap hi bol sakte hain when they are upset with their children. I want this to be written by you: I love my mama and mami. I seek their forgiveness." When Krushna Abhishek was asked to reveal the reasons behind Govinda and his wife, Sunita Ahuja's anger towards him, the actor mentioned that he is clueless about it. Krushna also added that time and again, his mama, Govinda, has said in his interviews that he wants to resolve things with him, but it hasn't happened till now. He stated, "I've tried many times. But they won't accept my apology. And therein lies the problem. I don't know why they are not willing to forgive me when I am like their child. So many times in so many interviews I've said that we will resolve our issues, and they've said so too." However, Krushna Abhishek stated that nothing has been resolved between him and his mama, Govinda. The comedian also adds that he was broken from the inside after hearing hostile words from his mami, Sunita Ahuja. But Krushna added that with time he understood that she said those harsh things because they are like his parents. Krushna explained, "We are still at loggerheads. I love my mama and mami. Their hostility disturbs me. Main andar se dukhee hoon. I am tired of this hostility. They are like my parents." 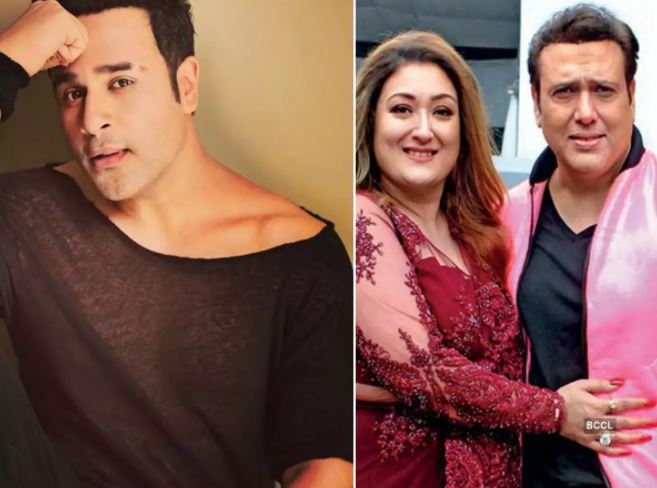 At the end of his interview, Krushna Abhishek once again talked about his mami, Sunita Ahuja's controversial remark about him and stated that her statement was a bit filmy for him. He concluded his statement by saying, "The words Mami used, 'Main shakal nahin dekhna chahti' are the words my own parents use when they are upset with me. Yeh to filmon mein Maa Bete ko ya Bhai Bhai ko bolta hai. It's not used in any other relationship. It's filmy. But it's okay. We are proud to be a filmy family." 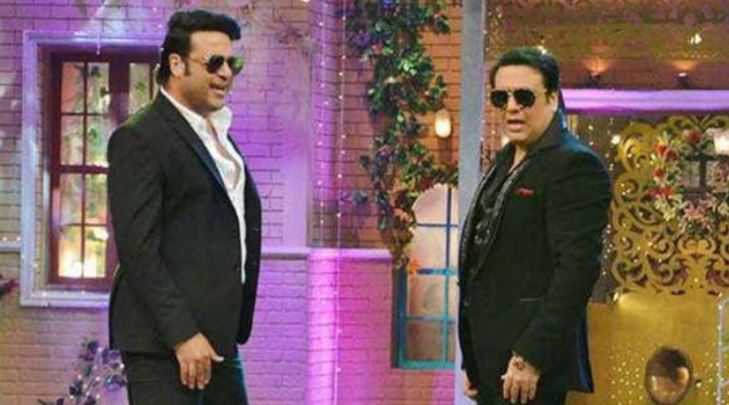 On the professional front, Krushna Abhishek is currently working in the show, The Kapil Sharma Show.