The eldest member of the clan, Kokilaben Ambani, Mukesh Ambani, Shloka Mehta too, stepped out in their terrace to show their support and express gratitude during the Coronavirus pandemic.

Due to the Coronavirus lockdown, Prime Minister Narendra Modi had announced a ‘Janta Curfew’ on March 22, 2020. COVID-19 has impacted the lives of everyone in the world but it has been particularly difficult for the healthcare sector. So, to mark the solidarity of the superheroes providing the essential services, people across the country had come to their windows and balconies at 5 pm on Sunday. (Also Read: Taimur Ali Khan Helps Daddy, Saif Ali Khan In Gardening, Mommy, Kareena Clicks Their Candid Pictures)

From the Bachchan clan including Amitabh Bachchan, Abhishek Bachchan, Aishwarya Rai Bachchan, Aaradhya Bachchan, Shweta Bachchan Nanda and Navya Naveli Nanda, Johar family including Hiroo Johar, Karan Johar, Yash Johar and Roohi Johar, Akshay Kumar, Hrithik Roshan, Anil Kapoor, Deepika Padukone and Ranveer Singh to Varun Dhawan and his family, every B-town member made sure to express their gratitude and gave a shout-out to the ones providing the world with essential services. And the Ambani clan was no different. The eldest member of the clan, Kokilaben Ambani, Mukesh Ambani, Shloka Mehta too, stepped out in their terrace to show their support and express gratitude during the Coronavirus pandemic. While Mukesh and Shloka were seen banging the steel plates and Kokilaben Ambani had rung the bell. Here’s the video:

2018 and 2019 proved to be the best years for the Ambani family as they had officially welcomed two new members in their family. While the eldest son of Mukesh Ambani and Nita Mehta, Akash Ambani had decided on forever with his childhood sweetheart, Shloka Mehta, his twin, Isha Ambani had added ‘Piramal’ to her name as she had exchanged wedding vows with the love of her life, Anand Piramal. A few days after the New Year 2020, the Ambani clan had celebrated Reliance Family Day, wherein they had greeted the new employees of Reliance Group and their families at a glittering ceremony in Jamnagar, Gujarat. (Also Read: Smriti Khanna Shares An Emotional Note For Her Baby Amidst COVID-19 Outbreak, Flaunts Her Baby Bump) 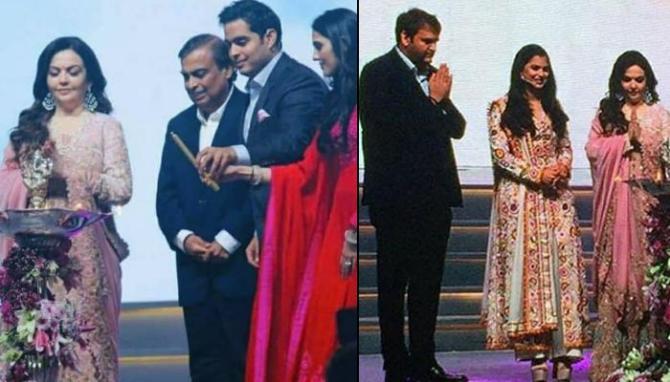 In the videos that have been surfacing on the internet, Isha Ambani Piramal and Akash Ambani had welcomed their spouses, Anand Piramal and Shloka Mehta in the Reliance family. Isha had proudly revealed that their Reliance family has grown to 6.5 lakh strong, to which Akash had continued, “That’s right. And since the last Family Day celebrations, our families have grown too. Isn’t that Isha?” Isha had replied, “Yes they have Akash. Shloka and Anant, a very warm welcome to your first Reliance Family Day.” In another video that had emerged on social media, Mukesh Ambani too, had welcomed Shloka and Anand in the family. He had then went on to call his youngest son, Anant Ambani with Radhika Merchant on stage to be with rest of the family members and soon the audience had broken out with loud cheer as a gesture to welcome Radhika in the family.

Post getting engaged in 2018, Shloka Mehta had talked about the bond that she shares with her childhood friend-turned-fiancé, Akash Ambani and keeping pace with her relationship despite their hectic schedules. Shloka was then quoted as saying by a media portal, “Despite years and busy schedules, we have always found ways to stay connected. Akash is incredibly grounded, and we share a bond based on meaning and memories. We don't just get along - we also support each other's hopes and aspirations and are determined to build a sense of purpose into our lives together. We are lucky to have a love that began with being best friends and luckier still to have such supportive families.” 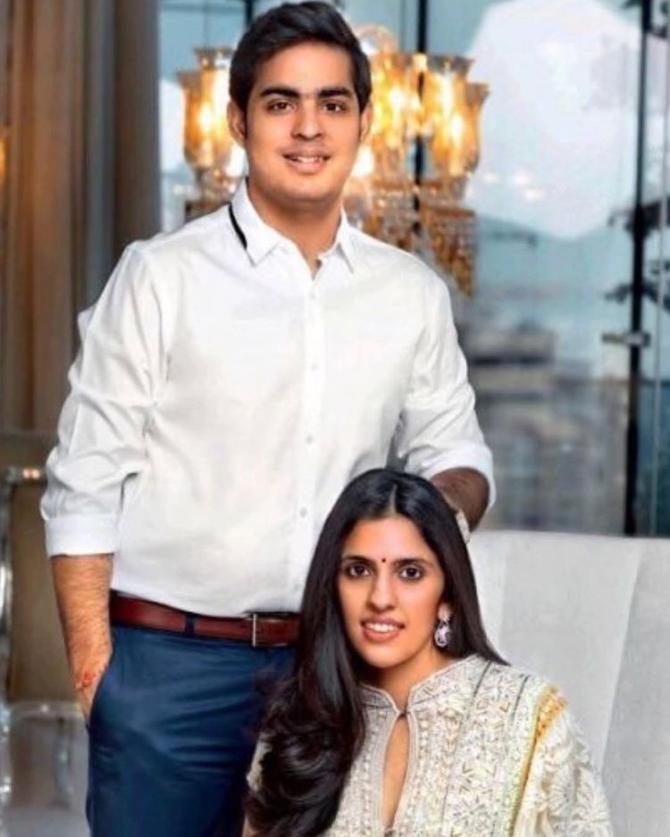 When Akash Ambani and Shloka Mehta had tied the knot in March 2019, the #AkuStoleTheShlo wedding had flooded our social media timelines and the pictures and videos had all our hearts! In a super-adorable video that had emerged on the social media back then, we can see bride Shloka making her bridal entry and her groom, Akash was eagerly waiting to catch a glimpse of the love of his life. As soon as Akash got the first glimpse of his beautiful bride, he couldn’t control his excitement and his reaction was just priceless! Then Akash lovingly pleased Shloka to come to him fast and before going to her groom, Shloka had greeted his parents, Mukesh Ambani and Nita Ambani by folding her hands and had given them a hug. (Also Read: Virat Kohli And Anushka Sharma's Self-Isolation Has 'Helped Them Love Each Other In Every Form')

Just like every citizen of the nation, the Ambani clan too, made sure to echo their sentiments and give a shout-out to the heroes of the world.