Television couple, Kishwer Merchantt and Suyyash Rai celebrated their 3rd anniversary on December 16, 2019. Scroll down to take a look at their celebration videos! Anniversaries are a great way to celebrate and thank your 'better-half' for tolerating your many moods. To stick by when the days get gloomy and nights become unbearable. When living together seems like a big task but cooking for each other after a big fight becomes a ritual of making things right. Well, that's the kind of love, we all crave for when years pass by and your love gets deeper and deeper with every second. And television couple, Kishwer Merchantt and Suyyash Rai are a perfect exemplar of it. (Recommend Read: Mahhi Vij's Emotional Note For Adopted Daughter, Khushi On Her Birthday Proves She Is An Amazing Mom)

For those who don't know, the duo had first met on January 9, 2011, on the sets of Pyaar Kii Ye Ek Kahaani. And while they had never gone on a serious date, they kept on meeting regularly for lunches, dinners and movies. We remember once in an interview with the Hindustan Times, Suyyash had shared that they realised their age gap of eight can be a problem and they should rather end it. But they could never leave each other and left things on fate. Rest, as we say, is history! 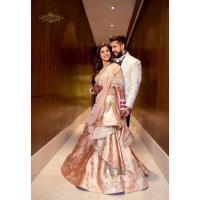 Today, on December 16, 2019, Suyyash and Kishwer completed three years of marital bliss. The duo rang in the celebration with their friends. Lots of videos and photos have surfaced on social media. In the videos, we can see the 'couple of the hour' looking adorable and looked 'head-over-heels' in love and happy together. Take a look at their anniversary celebration:

On their second anniversary last year, Kishwer had penned a heartfelt note for her 'darling hubby'. She had written, "2 years of crazy with you @suyyashrai. Thank you for loving me so much.  #throwback #sukishkishaadi." (Also Read: Sunny Leone Accompanying Her Kids, Nisha, Asher And Noah To A Christmas Party Is Pure Mother Goals) 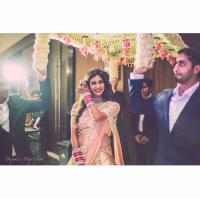 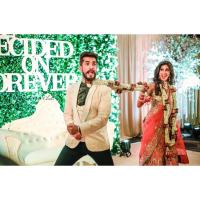 Suyyash is a doting husband and he knows how to keep his wife happy. In an interview with the TellyChakkar.com, Suyyash had opened up on keeping the love alive in a relationship, and had shared, "You need to give each other time. Recently I was shooting non-stop for my upcoming Punjabi film (Love You Soniyo) but made it a point to try to spend at least five minutes with her. Sometimes she would stay back as well. Normally we keep in constant touch through phone calls or messages. We also believe that the best way to keep the spark going is to do problem-solving rather fight with each other. If you don’t take extra efforts to salvage your relationship, it just goes to show that you really don’t care." 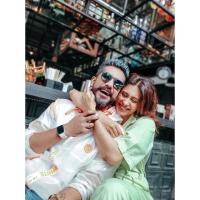 He had further talked about being insecure and had said, "Although guys generally have a problem when their wives or girlfriends wearing short clothes, being a part of this industry I realize that she will have to dress according to a particular style. I would be silly if I would expect her to wear long gowns or full clothes, for she will dress as she pleases and at the end of the day I have to manage. And especially if you have a hot girlfriend, you just can’t stop her from wearing sexy outfits." (Don't Miss: 'Bigg Boss 13' Shefali Jariwala's Hubby, Parag Tyagi Celebrates Her Birthday Alone, Away From Her)

Well, we wish Suyyash and Kishwer, an infinity of togetherness! 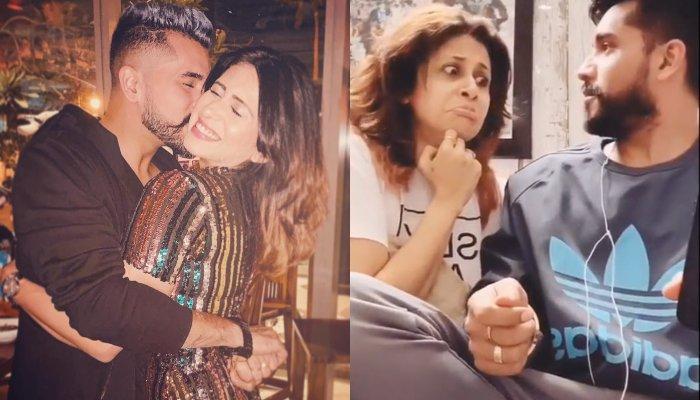 You never know when and how you will come across ‘that special person’ in your life and hence, you should always keep your heart open for love! Such is the interesting love story of Suyyash Rai and his now Missus, Kishwer Merchantt. The world got to know of their love