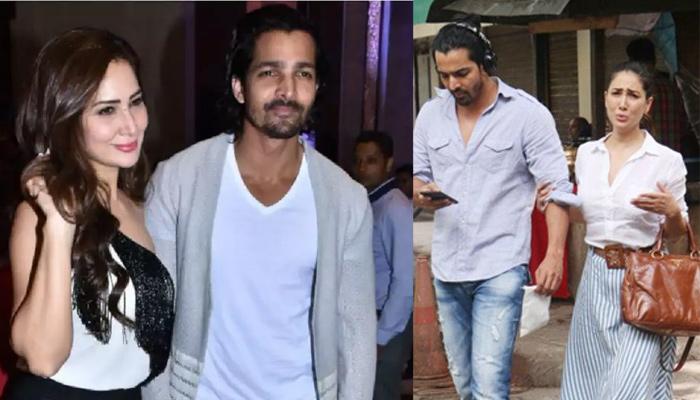 Like it is rightly said, when one door closes, the other definitely opens. That is why it is very important to move on from the past and look forward to the future, you never know what awaits you! Actress Kim Sharma is currently going through the same phase and trust us, she is all glowing, and probably, a big thanks to her rumoured beau, Harshvardhan Rane for the same! (Do Read: 'Yeh Hai Mohabbatein' Fame Mihika Varma's First Picture With Her Baby Boy Is Too Cute For Words)

Kim reportedly, had a very ugly divorce with her ex-businessman-hubby, Ali Punjani. While we will get into all the details later, let us tell you about Kim’s latest date! Post her marriage to Ali went kaput, grapevine was abuzz that Kim started dating designer Arjun Khanna. However, this cooled down soon as Kim has reportedly found love again in Sanam Teri Kasam star, Harshvardhan Rane.

Although the duo is all tight-lipped about their relationship, but as they say, pictures don’t lie! Shutterbugs captured Kim and Harshvardhan, walking hand-in-hand, coming out of a restaurant in Mumbai and it totally looked like a date! Also, Harshvardhan is a part of multi-starrer just-released Paltan, and guess who came by at the premiere? Kim Sharma!

Yes, coming back to Kim’s ugly divorce with Ali Punjani, the former was left ‘penniless’ after her split. Kim surprised everyone with a single tweet of hers on April 10, 2017. Sharing a picture of herself on Twitter where she was looking confused, she wrote, “When you spend the weekend raging at #Coldplay and come back to find out you're 'penniless'”. The second and third part of the tweet could be read as, “I can't wrap my head around all these different angles and 'groundbreaking' details everyone seems to know so much about. Straight from the horse's mouth – There is much ado about nothing. Next”. (Also Read: Shahid Kapoor And Mira Rajput Choose An Arabic Name For Their Newborn Son, It Means Beautiful) 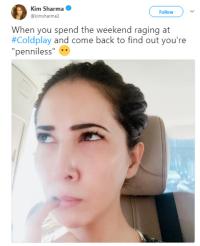 Rumours had it that Ali left Kim for another woman. When Kim was contacted by Pinkvilla to comment on the same back then, she denied all rumours by stating, “It's all rubbish. I don't really want to comment on such rubbish stories." When further asked if she was facing any troubles in her marital life, the Tom, Dick and Harry star had retorted, "I have no comments." 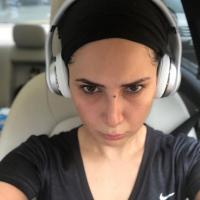 Also, a source had shared a possible reason behind the couple’s split. It was shared, "Ali left Kim as he got attracted to another woman. The irony is that when Ali met Kim, he was plump and not great-looking but now because he is in love, he has lost weight and looking great. But Kim is left with no money or financial security. Right now, she is looking to establish her business in Mumbai to provide for herself financially. She is now a brand strategist and goes by the name Kimi Sharma (her real name). Kimi didn't just leave their home in Kenya behind, but her job as the CEO of Punjani's chain of hotels as well." (Don't Miss! 'Loveratri' Fame Aayush Sharma's Crazy Playtime With Son Ahil, Arpita Khan Sharma Turns Videographer)

Well, looks like Kim is in a happy spot right now as she has apparently found her love! We hope that the ‘couple’ makes it official soon.